January is usually when local candidates start announcing their election plans. Neighborhood advocate and former Fort Worth city councilwoman Cathy Hirt hasn’t officially announced a run for mayor, but it doesn’t take a rocket scientist to spot the clues. “I have been working diligently on putting a campaign together,” she said. “It has gone past exploratory.” That’s about as close to a confirmation as Static can get for now. 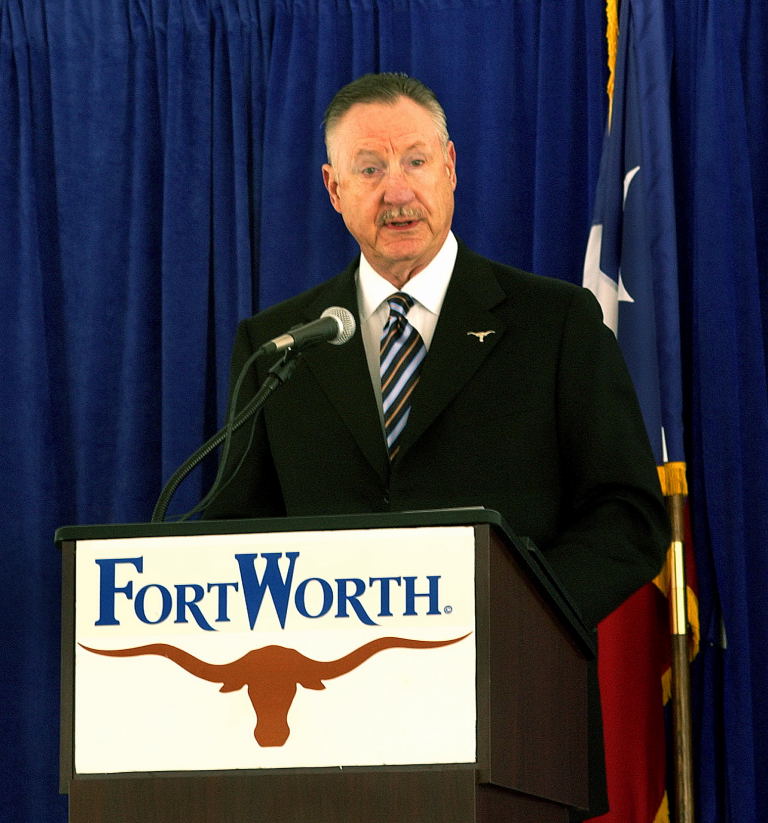 Thinking about Hirt’s candidacy reminds Static of a time in 2003 when Hirt and Mike Moncrief battled each other for the mayor’s job. Moncrief quit the Texas Senate and came home to Fort Worth seeking a job. Coincidentally, every gas driller in Texas was also honing in on Cowtown, angling to exploit lax regulation to suck the most money possible from the Barnett Shale. Moncrief pledged an accountable city hall, making promises to voters about public safety, quality of life, open government, and so on.

“Government must be a partnership between the people and their elected,” he told Fort Worth Weekly seven years ago (he stopped talking to the Weekly once he got elected). “All of our community deserves equal treatment, decent parks, decent streets, decent security, and good schools. All need a voice. And they will have that voice. That’s my promise to Fort Worth.”

His promise was as flimsy as a balsa wood oil derrick. He’s become the least inclusive mayor in living memory. He tolerates few rebuttals or criticisms and can be rude and combative when residents take their three minutes to speak at city council meetings. When people disagree with him, he tries to remove them from the conversation.

Moncrief’s vow to provide decent parks and infrastructure has also been a joke. Fort Worth’s parks system is abysmal compared to other large cities. His primary focus since his election has been to court and protect the gas drilling industry that provides much of his income and generates money for the city’s tax coffers but also destroys streets, dirties the air, threatens water supplies, and demolishes the quality of life of residents who don’t want to live in de facto industrial districts.

By the time the filing deadline approaches in the spring, who knows how many candidates there will be? But at this stage Static would vote for an empty chair rather than for Moncrief’s empty promises.

Last Sunday’s Fort Worth Star-Telegram featured a story about the city’s pet adoption program at the PetSmart on Loop 820 and South Hulen Street. The program began in April, and, according to city records, more than 1,500 cats and dogs have been adopted since then. As the article points out, even Oprah is giving shout-outs to Fort Worth for improving its adoption program (maybe she’ll give everyone who adopts a pet a free car).

Contrary to some readers’ assumptions, Static is a big fan of all things furry and cute. Mostly, though, Static is a fan of giving readers the entire story, which the Star-T didn’t do.

For one thing, the story parrots the city’s claim that “not one adoptable pet from the city’s animal shelter has been euthanized” since the program started — without examining the word “adoptable,” which gives the city an infinite amount of wiggle room. And then it spent a sentence or so noting that “one woman” had questioned whether the city is doing enough in this area. Let’s see, that would be Suzette Watkins, whose complaints were detailed in Fort Worth Weekly (“A No-Kill Option,” Nov. 17, 2010). The story also fails to mention that the city is still sending hundreds of animals to puppy and kitty heaven each week.

Static had hoped the Barnett Shale debacle might have taught the Star-T to be less of a cheerleader for the city, and, you know, occasionally ask a tough question. Ah, well.