Both Texas Ballet Theater and Metropolitan Classical Ballet will open their annual Nutcracker productions this weekend: TBT in Bass Performance Hall and MCB in Texas Hall on the University of Texas at Arlington campus. 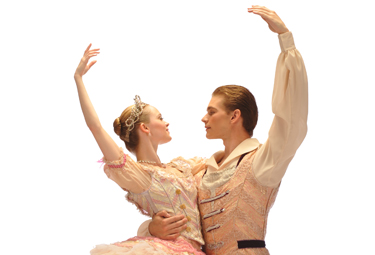 TBT’s lavish production by Ben Stevenson sold out last weekend in Dallas’s Winspear Opera House, and ticket sales are brisk for the Fort Worth run, the company reports. Letitia Oliveira, one of TBT’s brightest stars who’s been out with a foot injury since last summer, will make her first appearances this season, dancing the Sugar Plum Fairy. Other company regulars, including Carolyn Judson, Robin Bangert, Katelyn Clenaghan, Lucas Priolo, Carl Comer, and Eddy Tovar will also be seen. Casts will rotate throughout the run, which extends to Fri., Dec. 24.

Of special interest is a new version of Stevenson’s Nutty Nutcracker, an adult Nutcracker parody that was a hit last year, featuring new gags and topical humor along with wacky surprises, due for one performance: Sun., Dec. 19.

Before the Saturday opening in Texas Hall, MCB’s Nutcracker will have played to more than 9,000 area school children in an arrangement with the Arlington Independent School District. A special Friday performance will be dedicated to the Snowball Express, a charity devoted to children of military service members killed on active duty since 9/11. About 1,500 Snowball Express participants from across the country will meet in Dallas this week for a fifth annual holiday event.

The MCB production, less sumptuous than TBT’s, offers first-rate dancing with a Russian flavor enhanced by guest artists Olga Pavlova, Yevgeni Anfinogenov, and Andrei Jouravlev. The show is choreographed by company co-artistic director Alexander Vetrov, longtime principal with the Bolshoi Ballet in Moscow before his retirement. Neither TBT nor MCB will perform here with live music. –– Leonard Eureka