Well, the Texas A&M University System top dogs got a little something extra in their stocking on Christmas Eve — a letter from 15 national journalism organizations, representing everybody from columnists to environmental writers to college media advisors to the Associated Press Managing Editors, suggesting they rethink their little power play of recent months over open records. 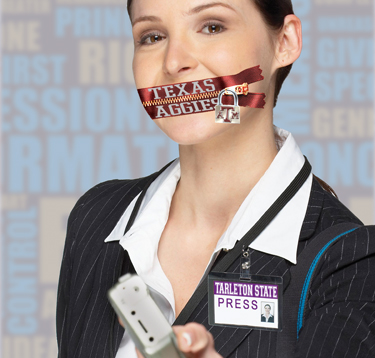 You might recall that poorly thought-out move — A&M System lawyers, in response to an inquiry from Tarleton State University President Dominic Dottavio, looked in their books and, why yes indeed, they found a rule they could dust off to use in trying to shut down recent investigative stories written by their own journalism students (“Aggie Secrets,” Dec. 8, 2010).

Seems the Tarleton students’ public information inquiries have left A&M, both at its Tarleton campus and in College Station, a little redder in the face and, in one case, lighter in the pocketbook. The students wrote about Tarleton’s failure to follow federal law regarding the accurate reporting of campus crime — and the U.S. Department of Education subsequently levied a rare fine against Tarleton (originally in six figures, eventually reduced to $27,500). They also delved into the question of whether Austin politicians had applied pressure at Tarleton to cancel a highly controversial student production of Corpus Christi, a Terrence McNally play with a “gay Jesus” character (“Phone Records Raise Questions About Tarleton Being Pressured to Cancel ‘Gay Jesus’ Play,” April 28, 2010).

The rule the Aggie lawyers found is questionably legal on its face. It bans A&M System employees, in their official capacities, from filing open-records requests with any System school. But then the lawyers interpreted it to also mean that any instructor at an A&M campus is banned from directing students to file such records requests — and if the instructor does so, that could be a firing offense.

The Freedom of Information Foundation of Texas protested first, and loudly. Since then, a total of 19 journalism groups from around the country, representing thousands of journalists and journalism educators, have stepped forward to object to the ruling. The Society of Professional Journalists, the Journalism and Women Symposium, Investigative Reporters and Editors, the Student Press Law Center — the list goes on. The Christmas Eve letter was just the latest.

With the ruckus being raised by those groups and by news stories and editorials, A&M officials seem to have delayed their implementation of the new rule. That’s good. Even though one of the traditional Aggie cheers is “Go Army!”, the Aggie bigwigs need to remember that their students and instructors can’t be ordered around like military recruits. They are, simply, citizens, who have the right and, in the journalism students’ case, the need, to inquire into what their public institutions are doing. You could even say it’s their duty — now that should be a proud Aggie tradition.