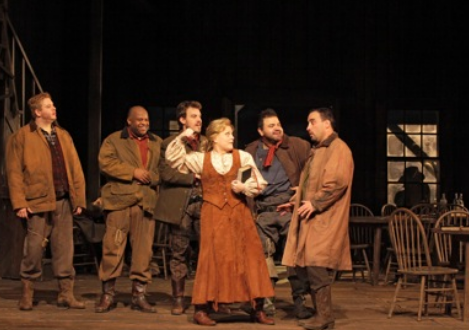 The Metropolitan Opera trots out a new production of La Fanciulla del West to mark the 100th anniversary of Puccini’s horse opera. This work has never found much traction in this country, perhaps because it’s really dumb, or perhaps because American operagoers can’t get past cowboys singing to one another in Italian. (“Whiskey per tutti!”) Too bad, because this opera contains some of Puccini’s most harmonically adventurous music and a heroine who doesn’t die at the end. You can check it out at 6:30pm at various local movie theaters. Tickets are $18-25. Call 213-639-6166.

Fans of Pink Floyd and astronomy (and aren’t we all?) can spend some time on the Dark Side of the Moon, UNT Sky Theater’s newest laser light show, set to the music of the seminal British band. It’ll be running Thursday and Saturday nights until semester’s end, thru May 5 at Environmental Education Bldg, 1704 W Mulberry St, Denton. Tickets are $6-7. Call 940-369-8213.

Susan G. Komen is holding its latest fund-raiser, Taste for the Race, in an unusual location. The Movie Tavern on West 7th will provide food and the chance to catch a film if you so desire. In addition, there’ll also be a silent auction and drink specials for this worthy cause. The event is 5-7pm at 2872 Crockett St, FW. Tickets are $25-30. Call 817-984-2576. 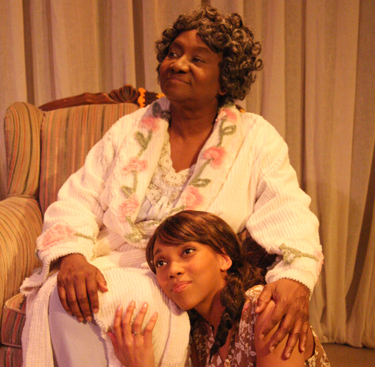 Another work in the tradition of plays celebrating the bonds between generations of African-American women, Shay Youngblood’s Shakin’ the Mess Outta Misery is a 1992 stage work that occasionally betrays the flaws of a then-neophyte playwright. Still, Jubilee Theatre tends to do good work with these plays, and we do like the show’s groovy Soul Train-esque poster. The show runs thru Feb 20 at 506 Main St, FW. Tickets are $10-25. Call 817-338-4411.

You can get your drink on for a good cause at the Greyt Wine Tasting, so named because it’s to benefit the Greyhound Adoption League of Texas. This rescue organization is holding its fund-raiser at Grand Cru Wines & Gifts on the West Side, so come prepared for bold reds and light whites. The event is at 3pm at 5500 Overton Ridge Rd, FW. Tickets are $30-40. Call 972-503-4258.

The run-up to Super Bowl Week commences at Meacham Airport with a series of flying tours by Greatest Generation Aircraft. These one-hour jaunts over North Texas will be conducted in World War II-era airplanes and fly over Cowboys Stadium, among other localities. The tours run Jan 31-Feb 6 at I-280 & Hwy 287, FW. Tickets are $100. Call 817-659-9249.

Garth Fagan Dance turns 40 years old this year, and it’s wearing its age on its sleeve with a new work called Thanks Forty. That will be one of the works that this Rochester, N.Y.-based modern dance troupe (best known for its Tony-winning work on the Broadway version of The Lion King) will perform at UNT this evening. The concert starts at 8pm at Radio Television Film and Performing Arts Bldg, 1179 Union Cir, Denton. Tickets are $15-30. Call 940-565-2428.