Amid all the frenzy over Super Bowl XLV, true Dallas Cowboys fans haven’t lost sight of one painful fact: In the most important game yet to be played in that Arlington sports palace, the world will be watching the only two teams in the league that historically have been arguably more successful than our beloved ’Boys.

In another way, maybe it eases fans’ pain to know that two of the most storied and successful pro football franchises are here to duke it out and not two Cinderella teams. 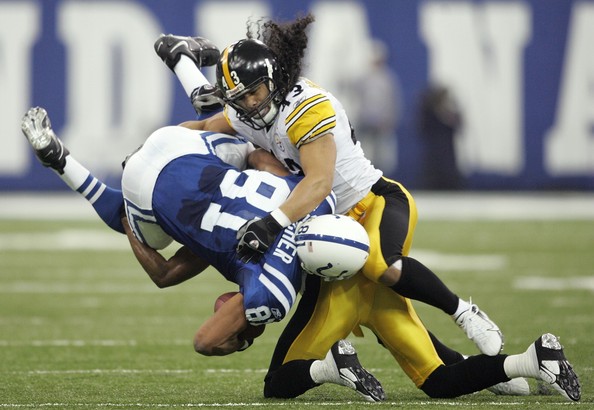 By this point, the upcoming game has been analyzed ad nauseum. But there’s another way to look at the matchup than via the methods used by most of the talking heads and radio talk-show hosts. A new, mathier way of looking at the two teams’ statistics reveals some new things to think about –– and a couple of players to watch besides Steelers safety Troy Polamalu and Packers linebacker Clay Matthews (and their hair).

Let’s go ahead and get to the bottom line: By this analysis, the Steelers should win, but the victory won’t be pretty. Pittsburgh’s ground game will wear down the Packers’ front seven and open some things up deep in the passing game. Green Bay will keep it close until the fourth, when the Steelers’ pass rush will manhandle Packers quarterback Aaron Rodgers. My prediction: Steelers 21, Packers 17.

The most under-the-radar Pro Bowl player in the league might also be the meanest looking. Brent Keisel, defensive end for the Steelers, doesn’t play a glamorous position; his job is to hold the line of scrimmage and take up blockers, allowing the Steelers’ playmaking linebackers to roam the field unfettered. He not only does that well, but he also makes his share of plays, especially against the run. Keisel lived in the Jets’ backfield during the AFC championship game

Packer fans revere fullback John Kuhn as lovingly as Cowboys fans did Daryl “Moose” Johnston. The Pack uses him as a bulldozer in short-yardage situations. In the regular season, he was successful 80 percent of the time when he was given the ball on third down with a yard or less to gain for a first down. He also is a reliable pass catcher. He scored four touchdowns on the ground during the regular season and two more catching the ball. While his numbers don’t leap off the page, he was the Pack’s third-leading scorer. He is also one of the most efficient blocking backs in football, especially when he’s kept in the backfield to pick up pass rushers.

The simple answer to why these teams made it to the big game is defense. Both have suffocating defenses that put on the pressure and create turnovers. The Steelers have the No. 1 defense in the league, based on the NFL’s ranking, and the Green Bay Packers’ is ranked fifth. But the rankings are based purely on total yards allowed per game, which doesn’t take into consideration offensive time of possession, points, yards per play, and turnovers. With those things factored in, Green Bay still ranks below Pittsburgh, but the gap isn’t as wide.

The Steelers were first in the league in yards per game and second in points given up per game. The only chink in the black-and-gold’s impressive armor is that they were ranked 12th in passing yards allowed per game. So passing may represent Green Bay’s best chance to move the ball.

Luckily for Green Bay fans, passing is what the Pack does best. The Packers have the fifth-best passing offense in the league and the ninth best overall, according to NFL rankings. Green Bay also averages eight yards per pass, which is the third best in the league. In other words, they’re not just dumping the ball off into the flat to their fullback. Rodgers doesn’t turn the ball over either –– he’s thrown 31 touchdowns to only 13 interceptions. He’s nursing a sore shoulder, however, so it will be interesting to see if he struggles after being body-slammed a few times by the Steelers’ pressure defense.

The problem with being pass-happy against the Steelers is that if Green Bay’s aerial assault doesn’t net them some results, they may never see the ball again. The hallmark of the Steelers’ offense this season, and every other season, is that they are a possession team. Once they get the ball, they hoard it like its value will appreciate. Traditionally, the Steelers are a run-heavy, physical team, boring to watch. It’s true that their offense, led by the much-maligned Ben Roethlisberger, is far more balanced than in years past, but against Green Bay they’ll have to revert to form and be the boring, run-heavy team everyone expects them to be.

Green Bay’s defense is all about pressuring the quarterback and creating turnovers. They were second in interceptions in the regular season and tied for second in sacks. (Steelers were first in sacks.) They also had their problems stopping the run. According to NFL rankings, the Packers’ run defense ranked in the bottom half of the league.

So the best way for the Steelers to hoist the Lombardi Trophy is to run the ball; conversely, the Packers’ best shot is in the air. That equation resoundingly favors the Steelers, who feature one of the most dynamic pairs of pass rushers in recent memory: James Harrison and LaMarr Woodley. The two combined for 20 sacks during the regular season and have gotten to the quarterback a combined eight times in just two post-season games. During the AFC championship game against the Jets, Woodley picked up a sack, one quarterback hit, two QB pressures, and a batted pass. He’ll be matched up against the Pack’s rookie right tackle, Brian Bulaga, which has to worry Packers fans.

The Steelers running game has one huge question mark, and that’s the health of their center, Maurkice Pouncey. Backup Doug Legursky had his share of problems in the AFC championship game — he botched two snaps and  couldn’t block anybody. However, the Super Bowl has a way of healing even the most injured players, so don’t count Pouncey out yet. Whoever does start at center for the Steelers will have his hands full with Packers monster nose tackle B.J. Raji, who got two hits on the quarterback, two pressures, and returned an interception for a touchdown against the Bears in the NFC championship game.

Special teams haven’t been all that special for either team. The Steelers have had problems covering both kickoffs and punts, and the Packers gave up two returns for touchdowns this season. Pittsburgh has one of the league’s best punters — but he’s out with an injury, and his replacement could be the worst punter in football. The two teams’ field goal kickers are both mediocre at best, though the Packers’ Mason Crosby is slightly better on kicks of 50 yards or more.

These are two pretty evenly matched teams. The Packers must establish the run against the best run defense in football. The Steelers have to grind it out against the porous Packer rush defense; if Pouncey is healthy, they should be able to do it. If not, look for the Steelers to try more draw plays and delayed hand-offs to upset the timing of the Pack’s front seven.