The Amon Carter Museum’s exhibit Nature Bound: Illustrated Botanical Books just opened last week. It’s a joint venture between the museum and the nearby Botanical Research Institute of Texas to present these high-quality prints to both art lovers and connoisseurs of plant life. If you’re new to the area, the Carter is a repository of American art and one of Fort Worth’s great cultural treasures, and BRIT is a world-class organization dedicated to preserving the planet’s botanical heritage. The show runs thru May 29 at 3501 Camp Bowie Blvd, FW. Admission is free. Call 817-738-1933. 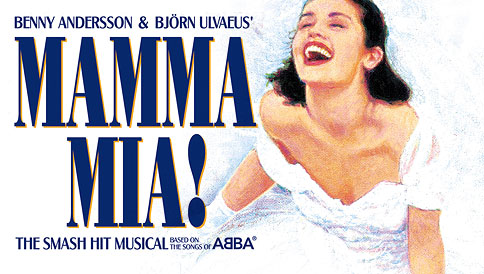 Hip-hop music always seems to take root best in places where people are oppressed. African Underground: Democracy in Dakar is a series of documentary shorts made for YouTube by Ben Herson, who followed rappers and MCs in Senegal as they rhymed about their nation’s poverty and corruption prior to the presidential election of 2007. The short films, packaged as a feature and unavailable through Blockbuster or Netflix, screen at TCU this evening as part of the KinoMonda foreign film series. It begins at 6:30pm at Lecture Hall No. 4, Sid Richardson Bldg, 2955 S University Dr, FW. Admission is free. Call 817-257-7292.

We’re just guessing here, but there probably won’t be too much overlap between the football crowd and the audience for Mamma Mia! That probably makes this into a nice alternative or simply a place to drown out the Super Bowl hype for a couple of hours with some ABBA songs. The touring production of the Broadway musical occupies Bass Hall thru Sat at 555 Commerce St, FW. Tickets are $37.80-75.60. Call 817-212-4280.

A phalanx of standup comics has invaded North Texas this weekend, but while Dallas is stuck with Dane Cook, Tarrant County gets Shawn and Marlon Wayans at the Improv. Arlington probably gets the better of that deal, as long as the two Wayans brothers don’t spend their time onstage re-enacting White Chicks. We remember Shawn from way back when he was DJ “SW1”on In Living Color. Their show runs Thu-Sat at 309 Curtis Mathes Way, Arlington. Tickets are $35. Call 817-635-5555.

Even the Texas Rangers are getting in on the Super Bowl hype. Or maybe they’re just itching to get back out on a baseball diamond after their valiant World Series run fell short last year. Regardless, Ian Kinsler, Tommy Hunter, and Darren Oliver will be among the players taking part in the Bad Boy Mowers Celebrity Softball Classic to benefit the Tara Sawyer Foundation. After the game, there’ll be a concert by Mark Chesnutt and fireworks. The game starts at 5pm at LaGrave Field, 301 NE 6th St, FW. Tickets are $25-125. Call 817-226-2287.

You’ve heard of Christmas in July? We’re getting Halloween in February. That’s because Hangman’s House of Horrors is opening its doors just for the Super Bowl weekend. The haunted house, well known to Fort Worthians, will offer all the usual concessions, live bands, and strolling zombies this week, along with a special football-themed haunted house as well. It promises to be as scary as the Super Bowl teams’ defenses. The house is open Thu-Sat at 2300 W Fwy, FW. Tickets are $20-30. Call 817-336-4264.

Younger readers may not remember the genius of two-time Super Bowl-winning coach Don Shula, but his greatness still casts a long shadow. The retired Miami Dolphins coach will be in town to discuss the upcoming game and his experiences in football at Don Shula’s Chalk Talk Celebrity Luncheon, whose proceeds benefit the Lena Pope Home’s Camp Discovery. Appropriately enough, he’ll do it at one of his restaurants, Shula’s 347 Grill, at the Sheraton Fort Worth, 1701 Commerce St, FW. There’ll also be a guest appearance by former NFL coaching great Dick Vermeil. The talk is at noon. Tickets are $125. Call 817-806-3779.

Not content to broadcast just the Super Bowl, ESPN is also staging Friday Night Fights in Fort Worth. Of the six boxing matches scheduled, the main attraction is the super middleweight fight between Sergio Mora and Brian Vera. Both fighters were featured on the NBC reality TV show The Contender, and Mora fought Sugar Shane Mosley to a draw only last fall. The opening bell is at 7pm at Fort Worth Convention Center, 1111 Houston St, FW. Tickets are $31.50-135.83. Call 800-745-3000.

Even the art galleries are getting in on the action with the Super Bowl in town. This weekend, F6 Gallery is holding its Art Bowl, a show of paintings, sculpture, and other works that have to do with sports. It’s so big that it’s being held at Lincoln Square instead of F6’s usual gallery space. The show runs Thu-Sat at the shopping center at I-30 and N Collins St, Arlington. Admission is free. Call 817-635-0141.

Head injuries and brain traumas suffered by football players may make for an uncomfortable subject this week, but the issue isn’t going away. That’s why this is a good time to hold the SLI Public Concussion Clinic, a presentation by Sports Legacy Institute CEO Chris Nowinski. Along with former NFL players, he’ll present the latest in medical research and explain how to recognize, diagnose, treat, and prevent concussions. The lecture is at 10am at UTA Maverick Activities Center, 500 W Nedderman St, Arlington. Admission is free. Call 617-951-3799.

North Richland Hills isn’t about to miss out on the Super Bowl festivities. The city will host two days’ worth of celebrity sports for charity courtesy of the promotional firm Sports Profiles Plus. Today there’s a celebrity flag football game with Cowboys Martellus Bennett and Sam Hurd being joined by NFL colleagues like Chad Ochocinco (wait, no, he’s Chad Johnson again) and stars like rapper Nelly. They’ll be playing to benefit local charities. The game is at 1pm at NYTEX Sports Centre, 8851 Ice House Dr, North Richland Hills. Tickets are $25-150. Call 800-725-9423.

They’re calling this the Best Party in Texas. Well, some folks sure think highly of themselves, don’t they? Then again, this high-rolling gala out in Grapevine gives you the chance to rub shoulder pads with Tony Dorsett, Michael Irvin, and other former Cowboys, not to mention Mike Ditka and celebrities like Carmen Electra. It’s all to benefit the José Feliciano Foundation and the Gridiron Greats Assistance Fund. The affair doesn’t start until late, but since you’re not going to be playing in the game the following day, why not indulge? The event begins at 9pm at Embassy Suites, 2401 Bass Pro Dr, Grapevine. Tickets are (gulp) $1,000. Call 972-983-4258.

The big game may be taking place in Arlington, but one of the nerve centers of activity is Sundance Square in Fort Worth. The downtown location is not only serving as ESPN’s headquarters and broadcast site but all this week will be home to autograph signings, video game demonstrations, hot air balloons, and a 5K walk. The activities run thru Sun at 4th & Main sts, FW. Admission is free. Call 817-255-5700.

In addition to the game itself, Super Bowl XLV boasts some big-name musical acts. Maroon 5 and Keith Urban take the stage as part of the pregame festivities, Christina Aguilera will sing the national anthem, and the Black Eyed Peas will do the halftime show. We don’t care much for the Peas, but it’s good to see the NFL pick a halftime band whose members aren’t eligible for AARP membership. The game kicks off at 6:30pm Sun at Cowboys Stadium, 1 Legends Way, Arlington. Tickets are $200-22,729. Call 800-745-3000.

The purple-wearing community here is saddened that they won’t be able to see TCU great LaDainian Tomlinson play in a Super Bowl so close to where he played his college ball. Still, the current New York Jets running back is returning to Fort Worth to host the LaDainian Tomlinson Super Bowl After Party at the new downtown club Lone Star in Sundance Square. The party starts at 9pm at 425 Commerce St, FW. Admission is free. Call 817-335-5700.

There are questions about its depth, but no one questions the brilliance of Inventing Van Gogh, a 2004 play by Steven Dietz that switches back and forth between the 19th century and the present day. Interlaced with a story about the tormented Dutch painter is a story about an artist who’s haunted by his mentor’s mysterious death near the place where Vincent van Gogh committed suicide. The play receives a staged reading tonight at the Modern. The show is at 7pm at 3200 Darnell St, FW. Tickets are $5-15. Call 817-923-3012.

For its latest production, Artisan Center Theater is adapting C.S. Lewis’ Prince Caspian to the stage. This is a smart move; the book was turned into a movie a few years ago, but it was really boring and lame. As long as the stage show is better, the troupe wins. The show runs Feb 4-Mar 12 at Belaire Theater, 420 E Pipeline Rd, Hurst. Tickets are $9-16. Call 817-284-1200.

Nicknamed “the Yankee Diva,” statuesque Kansas-born mezzo Joyce DiDonato is not Italian — her last name is hers by marriage — but nevertheless excels at Italian music. Her program at Bass Hall tonight will be laden with 19th-century Italian rarities, plus some French entries by 19th-century French composer Cécile Chaminade, who was widely feted in her time but whose music languished in obscurity for decades after her death. DiDonato will be singing most of this same program at Carnegie Hall next month. We’re getting an early listen. The recital is at 8pm at 555 Commerce St, FW. Tickets are $15-90. Call 800-462-7979.

If you’re looking for a football alternative and Mamma Mia! is too light for you (see Wednesday’s blurb), Andrew Lloyd Webber’s Evita might suit you better. This musical based on the life of Argentinian politician Eva Perón contains some of the composer’s best-known tunes. With Bass Hall taken for most of the week, Casa Mañana is putting on the show in its own theater near the Cultural District. The show runs Feb 5-13 at 3101 W Lancaster Av, FW. Tickets are $40-65. Call 817-332-2272.