Austin is a lot of things: state capital, Live Music Capital of the Universe ®, home of the second most important football team in the state, hippie playground. But Austin has never really been an art town –– at least compared to Fort Worth, with its three world-class museums and two exceptional MFA programs (TCU’s, UTA’s), or Houston, with its MFAH (Museum of Fine Arts Houston), Menil Collection, and Rothko Chapel, or Dallas, with its Dallas Museum of Art and progressive gallery scene. Austin’s first and only museum friendly to contemporary art, the Blanton Museum of Art, became bona fide –– it got a new massive building –– only a few years ago (though the museum was established in the late ’20s).

But Austin may be well on its way to becoming an art town after all. Founded just a few years ago by Big Medium, an art-focused Austin nonprofit, the Texas Biennial intends to shine a light on Texas art, offering exhibits across the state (but mostly in Austin) by emerging and established Texas artists handpicked by out-of-town curators. 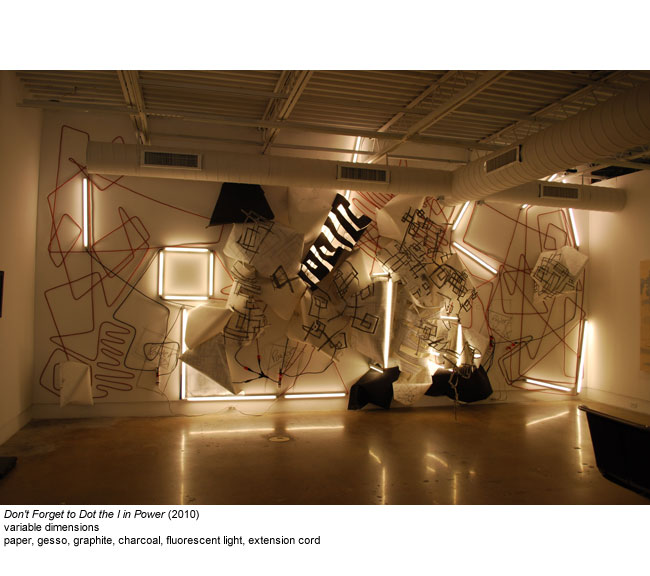 “I think it’s great,” said Fort Worth’s Christopher Blay, multimedia artist, curator of TCC Southeast’s Art Corridor II, and noted rabble-rouser. “I like the idea of art concentrated in Texas as opposed to the oversaturated East and West coasts.”

However, Texas Biennial, modeled after such vaunted every-two-years surveys as the Whitney Biennial and Venice Biennale, isn’t too Texas-y. It’s actually pretty heavy on Austin artists. Case in point: The 2011 Texas Biennial, on display now through Sat., May 14. Of the 49 total artists selected, by curator Virginia Rutledge from New York City, 19 are from Austin. By comparison, only one selected artist, multimedia sculptor Timothy Harding, is from Fort Worth. (Ryder Richards, also from Fort Worth, was not officially selected but was invited to travel to Austin to transform a truck into a mobile gallery. Which he’s done.)

Over the previous three Biennials (2005, 2007, 2009), only two artists from Tarrant County — Harmony Padgett and Winter Rusiloski — made the grade. Fort Worth’s Richie Budd (see: “Hoist a Bud to Richie Budd,” Apr. 14, 2011) was selected in 2005, but he was living in San Antonio at the time. Of the 146 artists chosen over the past three Biennials, 57 are from Austin. “The Biennial was founded in Austin and is based here,” said Texas Biennial director Shea Little. “I think that plays a major role in why there are so many Austin artists in the exhibition. We inherently are able to promote the open call easier and better here in Austin, and it has been this way since we began the Biennial.”

Texas Biennial brass always put out calls for artists via university communications media and statewide publications. Harding, for example, noticed the 2011 call on Glasstire, a statewide visual arts blog from Houston. Biennial folk also distribute postcards to Texas arts organizations and lean on an impressive statewide advisory board to help spread the word, Little said. Members of the 2011 board include three locals: Andrea Karnes, curator of the Modern Art Museum of Fort Worth; Frances Colpitt, holder of the Deedie Potter Rose Chair of Art History at TCU; and Benito Huerta, artist and director and curator of The Gallery at UTA.

Of the nearly 800 applicants for the 2011 Biennial, 281 were from Austin. Conversely, 75 were from Dallas and a meager 19 from Tarrant County. Curator Rutledge, however, thinks the inordinately high number of Austin selections is coincidental. “My picks were blind,” she said. “My personal take is therefore that the 2011 show is not Austin-centric as to artist selection, because that would imply a deliberate preference or bias that simply isn’t there.”

There’s no telling why Tarrant County’s turnout was so low.

“To be honest, I’m not entirely sure why there were not more submissions from Tarrant County,” said Harding. “I’m not the most well-connected person when it comes to local artists. I know many graduate students from TCU, but they’re often not from Tarrant County.”

And while Fort Worth’s museums are “fantastic,” he said, the city’s gallery scene is still lacking. “Perhaps this is a sign that local artists need to mobilize themselves and create a community with a stronger interest in spreading their influence.”

The Biennial, Little said, is already moving toward becoming more statewide, less Austin-centric. This year for the first time exhibition space has branched out beyond Austin, offering official Biennial shows in Houston and San Antonio –– Houston’s Box 13 ArtSpace is the site of Harding’s “Don’t Forget to Dot the ‘I’ in ‘Power,’ ” an “updated version” of an installation that he recently exhibited at Fort Worth Contemporary Arts (TCU). Additionally, more than 60 museums and galleries across the state are celebrating Texas art in conjunction with the Biennial. Tarrant County outposts include the Modern and FWCA.

“We were asked to participate,” said Dustin Van Orne, the Modern’s media relations coordinator, “and since we hold so many Texas artists in our collection, we felt it would be a good opportunity to participate and join organizations from all over the state in celebrating contemporary Texas art.”

FWCA also was approached by the Biennial, specifically by Rutledge, who was in North Texas several months ago to meet with various local curators. “She made it very easy for us,” wrote FWCA curator Christina Rees in an e-mail.

Since FWCA had already scheduled an exhibit by a Texas artist (Austin’s Sterling Allen) during the Biennial’s dates, “it wasn’t any sweat off our backs to participate,” Rees wrote. “All we had to do was mention our inclusion in a press release and somewhere on the [FWCA] web site.”

Little thinks the geographically expanded 2011 Biennial bodes well for less Austin-centric future Biennials. “We are a small nonprofit with high hopes of reaching out and involving the rest of the state in the Texas Biennial,” he said. “This year’s efforts are a huge step toward that, and we will continue these efforts for the next event.”

The next Texas Biennial is in 2013. “We hope to have curated exhibition spaces in Dallas and Fort Worth, as well as in Houston, San Antonio, and, of course, Austin,” Little said. “Awareness of the event and early planning will help us achieve our goals.”

Funding, he said, “will be what really makes or breaks this expansion. With the right support we can do the legwork to connect with every art space in the state. They all may not want to participate, like we saw this year, but we can at least make them aware of the event and see what they say.”

Little and other Biennial leaders discussed putting the show on tour or rotating host cities. But both options were nixed for lack of funds and staff.

The Biennial, FWCA’s Rees wrote, “is a good way for Austin to continue to build an identity as a burgeoning visual art town, since that’s still a pretty new culture for them, in the shadow of live music, SXSW, etc. That ‘newness’ makes [the city] more a neutral zone, too. The other big cities in Texas have such distinctive art identities and could resent one being chosen over another. That’s just a guess, though.”