Last week, we wrote about Tan Dun’s Water Concerto in this space, and this week Fort Worth music lovers with a taste for the unusual will have more unusual fare to choose from. It all starts with the TCU Symphony Orchestra concert on Thursday, which spotlights the school’s concerto competition winners. 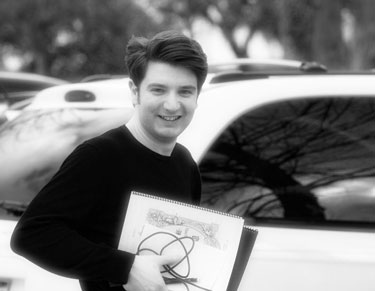 True, some of the evening will be given over to the warhorses in the opening movements of piano concertos by Schumann and Tchaikovsky. However, the evening will also include the first movement of Bartók’s Viola Concerto (played at UNT just a couple of weeks ago) as well as Jennifer Higdon’s pleasing and endlessly clever Percussion Concerto.

On Saturday, you’ll have a Hobson’s choice of the Chamber Music Society of Fort Worth, closing out its season with Szymanowski’s shimmering La Fontaine d’Arethuse, which will pair quite well with another program selection, the Ravel Piano Trio. The recital also features the Sonata da Camera by the mid-20th-century Hungarian composer Mátyás Seiber. Unfortunately, you won’t be able to take that in and still make the performance of Tomás Luis de Victoria’s remarkable Baroque choral work Officium Defunctorum by the new TCU-based ensemble Consorzio, which will sing at St. Andrew’s Episcopal Church that same afternoon. Decisions, decisions.