The lobbyist walked out of the capitol, disgustedly shaking his head. “It’s the worst session I’ve ever seen,” said the lobbyist, a former legislator of more than a decade. “Everybody over there’s scared to death.

“Rick Perry’s running for vice president,” the lobbyist continued. “David Dewhurst’s running for the U.S. Senate, and every statewide non-judicial elected official wants to run for something else.”

No raving liberal, the lobbyist was aghast at the position of Gov. Perry, Lt. Gov. Dewhurst, and House Speaker Joe Straus that a balanced budget must be reached through spending cuts alone.

He echoed the sense of impending doom that has been expressed by superintendents, principals, teachers, college administrators, and others who think the cuts-only approach is fueled by the political ambitions of Perry and, to a lesser extent, Dewhurst and is dangerous to the future of Texas and its schoolchildren. 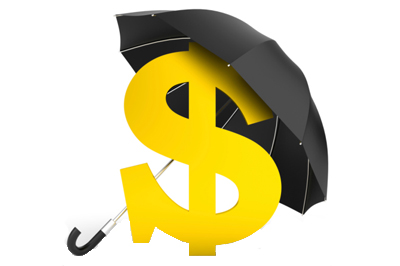 On the healthcare front, many doctors, hospital administrators, and other medical professionals are horrified at the impact they think the looming Texas chainsaw massacre of cuts will have if they turn out to be anywhere close to what passed the Texas House.

Governors and legislators in the past — Democrat John Connally in the 1960s, Democrat Mark White and Republican Bill Clements in the 1980s, Democrat Ann Richards in the 1990s — faced up to the need for more resources for education and healthcare. They either called for new taxes or at least allowed them.

Fast-forward to 2011. Perry has turned thumbs-down on new taxes. He finally acquiesced in spending just over $3 billion from the state’s Rainy Day Fund to help make up a shortfall in the budget for the current fiscal year.

But he opposes taking more from the fund for education and healthcare. He wants it reserved for natural disasters, like Hurricane Ike that wrecked Galveston in 2008.

Critics think Perry can respond to dramatic disasters like hurricanes. Call out the National Guard. Declare an emergency. Helicopter over the wreckage.

But for the harder-to-see disasters, like the tsunami in slow motion bearing down on the state’s education and healthcare systems, Perry doesn’t declare an emergency or call out the guard.

He says he won’t sign legislation to use that remaining $6 billion or so from the fund — despite the pleas of teachers, other educators, and parents who have dogged his appearances.

The Rainy Day Fund was created in the late 1980s to provide reserves to pay recurring costs when revenues come up short. The comptroller can add part of oil and gas tax revenues that exceed what was collected in 1987, plus some of any leftover general revenue at the end of a biennium.

Perry and the Texas Legislature have used the Rainy Day Fund in past years.

• 2003: Perry also insisted that a $10 billion shortfall be handled solely through spending cuts, without more taxes. The legislature appropriated $1.3 billion from the fund.

• 2007: The fund was not used; rapid economic growth was foreseen.

• 2009: The fund was not tapped. The governor and legislature used $16 billion in stimulus money to balance the budget — even as Perry criticized the stimulus.

Meanwhile top legislators and others warn of a structural deficit that they say is going to create another crisis every two years unless changes are made: A new business tax passed in 2006 to replace revenue from a property tax cut has fallen about $10 billion short every two years, and critics say the same thing will happen in the future.

Perry so far has put forth no suggestions about what to do.

While Tea Party types demonstrated behind the capitol recently against touching the Rainy Day Fund, a much larger group gathered in front, calling for that money to be spent on needs they consider critical.

Another moderate former lawmaker, who asked not to be identified because of his sensitive position, was around when the legislature raised taxes in 1984 to improve schools and teacher salaries.

He is disgusted with the legislators following the cuts-only approach.

“I’m ashamed of them and for them,” he said. “There’s not enough guts in the capitol to draw a good flock of buzzards.”