In what can only mean more grief for Fort Worth schools superintendent Melody Johnson, a Texas Education Agency audit report released last week concluded that the district “erroneously over-reported attendance” at Arlington Heights High School last year. That’s just what former assistant principal Joe Palazzolo said the school had done, in the complaint he filed with TEA in August that triggered the investigation.The flap is going to cost the school almost $18,000 — the TEA’s “adjustment” to the district’s funding to account for those erroneous reports. The lost money is a drop in the very deep bucket of the district’s financial woes — but significant, said trustee Carlos Vasquez, as an indication of Johnson’s failed leadership. 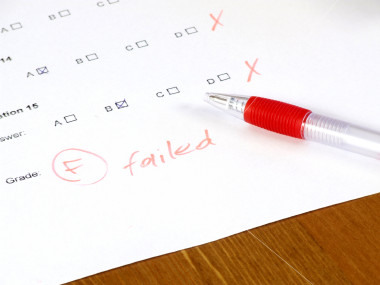 The $18,000 figure comes from the April 27 report sent to Johnson by the TEA. (She also got a preliminary report on March 8.) But until a reporter told them about it on May 2, some trustees, including Vasquez, did not know about the audit report or its conclusions.

The TEA told Fort Worth Weekly last August that it would investigate the attendance fraud charges, but only after the district finished its internal investigation. Vasquez and fellow trustee Ann Sutherland said the board was never told by Johnson that a TEA investigation was actually in progress, until the Weekly started asking questions.

In an e-mail response to board members following questions from Vasquez and Sutherland, Johnson described the problem as affecting only 255 students who, during a TAKS test, were “relocated for testing purposes” to such areas as the gym. But, oops, the district couldn’t locate documentation to prove the kids were actually in school that day.

That’s very different from the ongoing falsification of attendance records that Palazzolo reported and that school district officials eventually acknowledged.

The TEA report indicated that the records the school district had provided showed that most (though apparently not all) of the erroneous attendance records were filed during one six-week period — but that the district didn’t provide enough backup to be sure exactly what happened and who all was involved.

“If the ‘majority of the discrepancies’ occurred during that six-week period,” Sutherland said, “I’m wondering, what about the rest of them?”