If there’s one thing that aptly captures the fenced-in ennui of a Monday, it’s getting stuck at a left-turn light that never turns green. I made this connection when the light at the Camp Bowie/377 traffic circle cycled through a second time without sending me on my way. I was trying to get to Cowtown Bar & Grill, and I’d already made two U-turns on Alta Mere before I figured out you can get into the parking lot only if you’re headed west on Camp Bowie.


The stoplights ran their course, skipping me again. Fuck it, I thought, as my car scooted through the intersection and onto Camp Bowie. A pair of headlights pulled behind me, as three blocks of opportunities for illegal left turns opened on my left. At this time of night, every car creeping on your back is a cop. At least that’s the rule I live by. My tailgater swung around me as I pulled into another left-hand turn lane. He drove a banged-up Ford Focus. 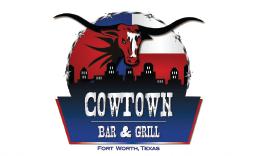 Finally, I made it, flinging open the Cowtown door as Oleander’s butt-rock power ballad “Why I’m Here” pounded out of the internet juke and into my skull. I’d been trying to remember what this place was like the last time I’d been, but all I recalled  was that I’d gotten kind of lit someplace else and bummed a ride to this bar, where I bugged the waitress with pot-addled questions about one of the appetizers that had a funny name that I don’t remember. That time, the lights were so bright you probably could have raised a hydroponic farmer’s market in there, but tonight, apart from Oleander, Cowtown Bar & Grill was pretty cool.

For one thing, the lights were pleasantly dim; paradoxically, I noticed a lot more details. The bar had changed ownership over Memorial Day weekend, but I don’t think the transfer altered a whole lot superficially. The joint is still centered on a roomy rectangular bar surfaced with gray tile, with rows of condiments placed within easy reach. Under the new ownership, the grill part of the joint offers wraps and salads (for “hippies, treehuggers, and housewives,” according to the menu) and “hearty eats,” including burgers such as the Happy Fat Kid, a half-pounder topped with cream cheese and jalapeños. Around the perimeter of the bar counter, columns covered with concrete “rock” support cocktail table sections at opposite ends of the room, each bathed in the light of neon beer signs. When I tended bar at Lola’s this summer, I’d heard that Cowtown was throwing its hat in the music-venue ring, and to that end, the joint has a stage fronted by a hardwood dance floor bordered by a wooden rails and barstools. Whoever designed this bar had a keen eye for balance.

In my peripheral vision to the left, however, swayed a guy who had neither keen eye nor balance, holding up the bar with what I guessed was a double gin and tonic — the galaxy of limes suspended in the glass suggested he’d had a few refills. Behind him, a raucous game of pool ended up with some buddies wrestling — I missed the playful scrap, because I was watching some show about tattoos on a TV above the far side of the bar. When I heard a crash followed by a lot of owws, I looked over to see some guy being helped up from the floor and missing a shoe. All of his friends were laughing, so I guess it was a regular thing.

The owner, a guy named Eric Coslik, was sitting at the bar, and he told me about Cowtown’s live entertainment. Six days a week, Cowtown has solo acts; Thursdays, happy hour is jukebox only, but he told me it turns into a pretty big party. Most other days feature different singer-songwriter types between the happy-hour shift and the rest of the night, and Wednesdays are for karaoke from 9 p.m. ’til midnight, after which a DJ takes over to finish the night. Sunday nights feature an open jam hosted by a Keys Lounge regular, guitarist Michael Lee Clemmer.

As I looked around, the vibe did remind me a little of the Keys, probably because of the wood paneling near the bathrooms and the faux-stone accents. All in all, Cowtown Bar & Grill is a cozy place to get a cheap drink but still roomy enough to judo-flip your bro onto the floor without damaging other people or furniture. Ashley the bartender was friendly and affable, and I found myself gradually digging her jukebox picks, which ran from REO Speedwagon to “Like a G6.” The clock was creeping up on 1:15; I’d had only a couple Bud Light drafts (at a paltry $1.50 each), but I called it quits, got into my ride, and rounded the traffic circle to Southwest Boulevard. As I passed the Vickery exit, two sets of headlights pulled into my rearview mirror, eventually growing into a pair of police cruisers. They blew past me and on into Tuesday morning. I didn’t hit another red light until I got to Hulen. –– Steve Steward