Plop, plop. That’s the sound of heads being lopped. Fizz, fizz. That’s the sound of newly laid off journalists pouring cold beers into mugs to wash away their sorrows. Newspapers continue to cut costs — and lower the quality of their product — with layoffs. This week, The Dallas Morning News laid off about 40 more editors, writers, and photographers, including a number of veterans. Some Fort Worth Star-Telegram reporters learned of the Morning News layoffs while sitting at home in their pajamas — they’d been told to take a week off without pay. 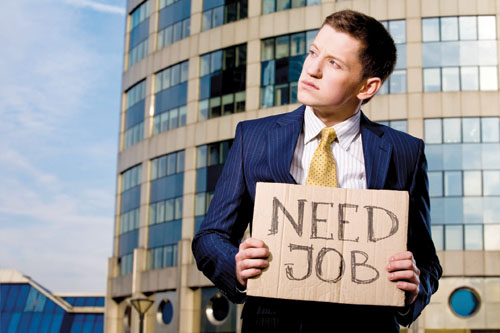 The Star-Telegram and Morning News have collectively laid off several hundred employees in recent years. Static says “laid off,” although management types tend to get fancier in their descriptions, such as when Star-Telegram president and publisher Gary Wortel sent out a notice telling staff about “a more aggressive realignment of our staffing models.”

The growth of the internet changed the way people get their news. Newspapers were slow to adjust. Then the economy tanked. Even a financially healthy newspaper such as the Star-Telegram has been forced to make repeated layoffs.  The paper is owned by a large corporation that’s staggering under its debt load. The Weekly explored this phenomenon recently in “The Incredible Shrinking Star-Telegram” (June 29, 2011).

A couple of weeks ago, Slate magazine surprised its readers by laying off veteran media critic Jack Shafer. Afterward, a blogger asked Shafer he thought print journalists still had a future. “Sure, there is a future,” he replied. “Slate only laid off a few in what is a publication recession. If the car makers laid off an equal percentage, would we ask if the car industry had a future?”

Still, no journalist should feel safe. “No matter how good your job is — and mine was great — you should always be looking for your next gig,” he said.

Then there’s former Star-Telegram photojournalist (and multiple Pulitzer Prize winner) Larry Price, who recently quit his job as photography director at Dayton Daily News rather than lay off half of his photography staff, as his bosses had told him to do. “Perhaps the company can use the savings from my salary to preserve the jobs of our hard-working photographers and thus continue to produce the photojournalism the citizens of the Miami Valley deserve and respect,” he wrote in his resignation letter.

That’s a move Static can respect.