Boy. Lately I’ve been having this eerie feeling of waking up in a strange place. 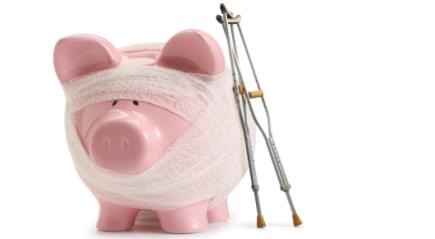 Labor and bargaining rights, minimum wage statutes, even child labor laws are under attack in some states — rights that people actually fought and died for, that share a long history of struggle, back to the 19th-century era of the “robber barons.”

The big debt-ceiling debate struck me as a mock battle put on by a new breed of robber barons. Are they really that concerned about the deficit? As I understand it, raising the debt-ceiling is simply about paying the obligations that both parties in Congress have already rung up. For someone like Michele Bachmann or Sarah Palin to say they wouldn’t raise the debt ceiling is like saying you’re no longer going to pay the note on your car when you still owe $10,000 on it.

Rick Perry arrogantly said, “So what if we don’t pay it?” Well, what happens when you stop making payments on your car? Somebody usually comes along and takes it away from you. Other people  shy away from doing business with you because you’re no longer trustworthy.

So we seem to have some irresponsible characters running around the halls of Congress and more running for office, people who want to blame the poor, the elderly, the middle class (what’s left of it) for the deficit. In states like Wisconsin, Michigan, and Iowa, they’re blaming it on unions that protect workers’ rights, on teachers and firefighters. And they’re looking for an excuse to make drastic cuts in our most basic social programs — the legacy handed down to us by two flawed but great presidents.

It seems there’s not a lot of interest in facts right now, but I sometimes feel a quaint nostalgia for things like that. So here are some to consider.

1. The Center on Budget and Policy Priorities finds that the Bush tax cuts and the wars in Iraq and Afghanistan are largely responsible for the nation’s deficit problems — not Social Security. Which is solvent, by the way.

3. Forbes magazine says the combined cost of our wars and other military spending is around $2 billion a day. Two billion dollars a day. For what? To protect us from “terrorism.”

4. According to data just released by the Food Research and Action Center, one in four California households can no longer afford food for their children — about the same percentage as that of Tarrant County children who are going hungry. Perhaps we need a new definition for “terrorism.”

Then there’s Barack Obama. The man I voted for, the president I thought was going to go to bat for regular people.  Did anyone notice how quickly he surrendered Social Security, Medicare, and Medicaid to the sharks?  As far back as January 2010, the Obama White House was working behind closed doors on a plan that would lead to reductions in these programs so essential to the elderly and the poor.

I want to like Obama, but I’m puzzled. I wonder at the president’s July 12 appearance on CBS News, when he scared the elderly, veterans, and others by telling them their checks might not go out. Somber-faced, as if he were not a party to it all along. Quite a performance.

I try to imagine Franklin Roosevelt doing that. Roosevelt is much maligned these days by Republicans ignorant of history. Obama — who at least has a sense of history — has said he admires Roosevelt for his fireside chats. I try to imagine the great man going on the radio in 1935 and telling millions of people wracked by the Depression, “Sorry, chumps, looks like you’re out of luck.”

But he didn’t do that, did he? Instead he gave us the New Deal, which included the minimum wage. He put people back to work. He gave us Social Security — a minimum level of guaranteed retirement income for the elderly. And 30 years later, in 1965, Lyndon Johnson finally signed into law Medicare and Medicaid. These men had real audacity because they gave ordinary Americans more than just hope.

When Johnson signed his bill, he said, “The need for this action is plain; and it is so clear indeed that we marvel not simply at the passage of this bill, but … that it took so many years to pass it.”