Fort Worth residents might have looked warily at the newsletter included with their November water bills. Water rates are increasing in January, and the city sent out a chart listing the amounts of increases. Every category of water usage is going to cost more next year — except for one. Gas drillers are the only group that won’t have to reach deeper into their pockets to buy water. That makes some residents shed water one drop at a time from tiny tear ducts. It just doesn’t seem fair. 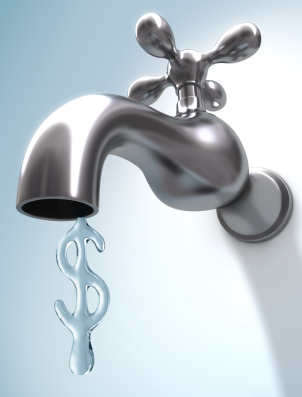 Fort Water Department spokeswoman Mary Gugliuzza reminded Static that the gas drillers saw a large increase in their water rates last year, while other users saw much smaller rate hikes. And no other water user in the city is currently paying a higher rate than the gas industry. For instance, residential users inside the city limits will pay $1.98 for the first 800 cubic feet of water (about 6,000 gallons) and see gradual increases in their rates above that volume. Commercial users will pay $2.23. Industrial users will pay $2.09. But gas drillers will pay $4.50 for the same amount of water.

Rates for gas drillers, unlike other rates, “are not based on cost of service,” Gugliuzza said. “They are market rates that are above cost of service.”

Last year, Fort Worth checked to see what other cities were charging the drillers for municipal water and bumped up the rate almost a full dollar.

Drillers use about 1 percent of the city’s water supply each year. Miller Brewery uses more than that, and nobody is yelling. At least they better not yell. Beer is important.

So, four years down the road and with a far different administration in office, the Environmental Protection Agency has determined that indeed, back in 2007, the city of Fort Worth was playing roulette with citizens’ lives. The experiment in question, called the “wet-removal” process for asbestos, was used here on the Oak Hollow apartments in densely populated Woodhaven. It involved skipping the expensive process of bringing in crews in protective suits and special gear to remove asbestos from old buildings. Instead it allowed the use of more traditional (and much cheaper) methods coupled with a process of hosing down the buildings with a combination of water and chemical foam to trap the cancer-causing asbestos particles.

Now the EPA inspector general’s office has concluded that the “wet” method is a threat to public health and workers’ safety and says the EPA should rescind its OK to use the method anywhere. According to iWatch News, a project of the Center for Public Integrity, the inspector general’s report said researchers found no evidence that hosing down buildings lessened the dangers and that asbestos fibers were released.

The EPA, according to iWatch, “has already begun to investigate allegations of ongoing human-health threats.”

It’s the right thing to do. But what’s that chill running down Static’s back? Perhaps it’s a glimpse of Fort Worth’s future, when some official — surprise! — discovers the real human cost of gas drilling.