Having served as prime minister of Canada from 1993 to 2003, the Right Honourable Jean Chrétien comes to TCU to discuss world affairs as part of the Vicente Fox Forum. His retirement hasn’t been uneventful; a few years ago he helped broker the three-party coalition agreement that still rules Canada, its first such government since World War I. The former prime minister speaks at 1:30pm at Brown-Lupton Student Union, 2901 Stadium Dr, FW. Admission is free, but reservations are recommended. Call 817-257-7808. 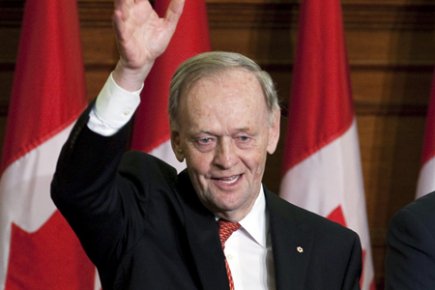 Watch five DJs (including Skrillex, The Crystal Method, and Mark Ronson) engage with masters of other established genres of music (including R&B, country, and classical) in Amir Bar-Lev’s music documentary Re:Generation. The film, co-presented by the Grammy Awards, screens at 8pm at three movie theaters. Check Calendar for locations. Tickets are $7.50-9.50.

Tonight’s broadcast of ESPN Friday Night Fights won’t be quite as big as planned, since the John Molina-Marvin Quintero bout with International Boxing Federation title implications was called off. However, there’ll be a main event featuring Mike Dallas Jr. and Miguel Gonzalez, and it’ll be shown at UTA College Park, North Texas’ newest multi-purpose entertainment venue. The fights start at 7pm at 601 S Pecan St, Arlington. Tickets are $20-100. Call 817-272-9595.

For the past few weeks, local artists have been selling their art and performing their music to benefit the Orphan Art Project under the rubric Tin. The final show –– featuring artworks by more than 70 artists and performances by Daniel Katsük and The Wheel –– is 7-10pm at Casa Mañana, 3101 W Lancaster Av, FW. Free.

Aaron Kirk’s short films Dirge and Proxy highlight this month’s Endeavor Cinema screening. The former, reviewed favorably in Film Threat, is about a man whose best friend is a sentient computer in a post-apocalyptic landscape. The films, as well as two other entries unnamed at press time, screen at 7pm at Four Day Weekend Theater, 312 Houston St, FW. Tickets are free-$5. Call 214-251-5670.

The Alvin Ailey Dance Troupe’s younger and more experimental offshoot, Ailey II, lights up Bass Hall this evening. Most of the pieces on the program are premieres that Fort Worth audiences have yet to see, including Troy Powell’s Latin-inflected Reference Point. The show is at 8pm at 555 Commerce St, FW. Tickets are $22-71.50. Call 817-212-4280.