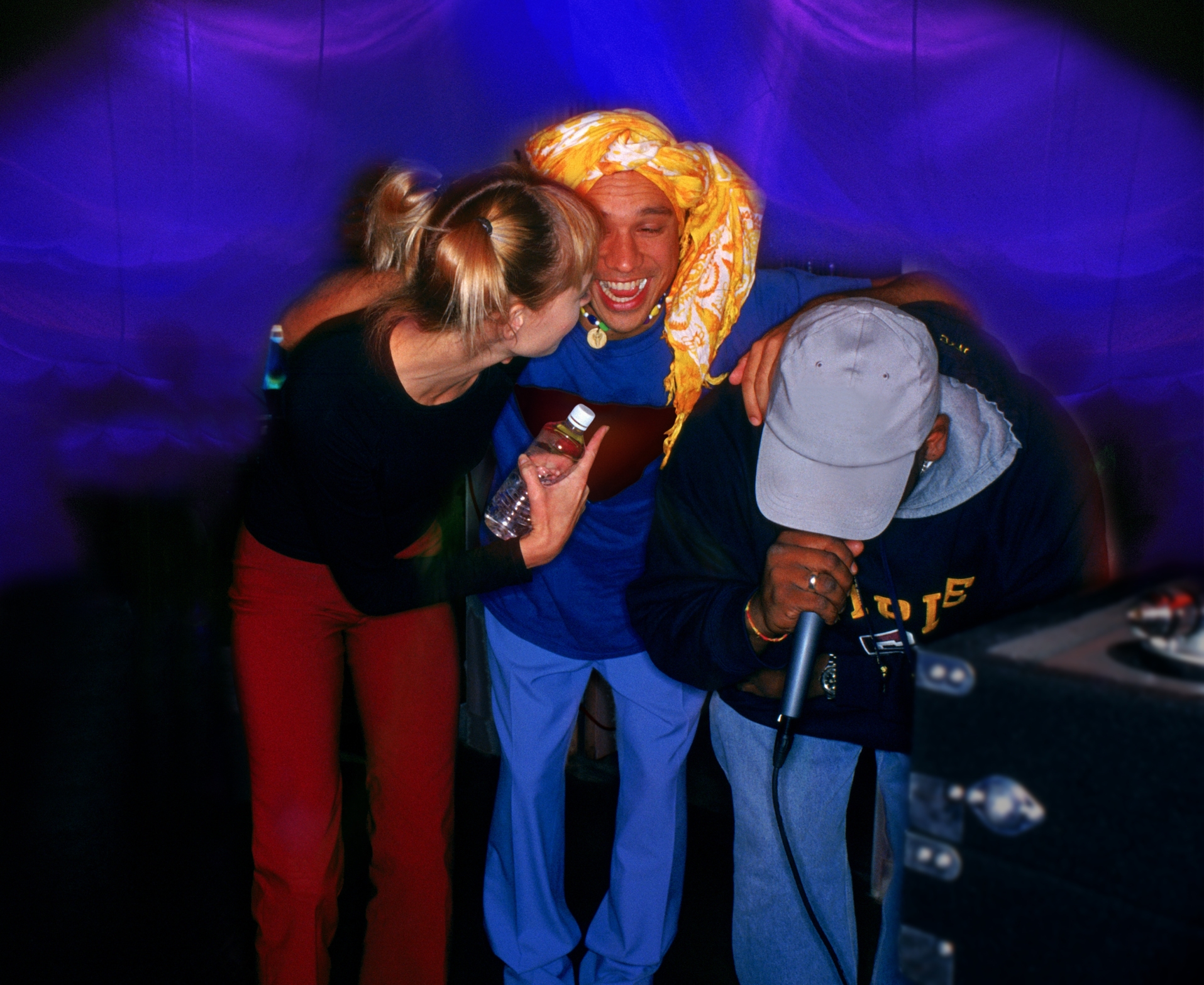 I was in a friend’s wedding on Saturday, so I had the whole weekend off, since the rehearsal was on Friday evening and the ceremony/reception Saturday night. No shift to work, no show to play, just me and a bunch of people I hadn’t seen in a while, celebrating my friends’ nuptials, first at the McFarland House on Penn Street with entertainment provided by Big Mike, and later at the couple’s home with an iPod full of Poison and Jamey Johnson. The newlyweds planned on booting everyone out around midnight, and I had to take some friends home, so we decided to hit a dive or two before calling it a night.

I found a spot called Anthony’s on Hwy. 80/Camp Bowie West. All of the search results for the joint painted it as a karaoke bar, unsurprising given that just about every bar in that part of town provides the over-the-hill crowd the chance to step into George Jones’ (or Tom Jones’) shoes several times a week. Anthony’s is a dedicated karaoke bar, however, a distinction evidenced by the front door handle, a chunk of metal sculpted into the shape of a microphone. Inside, a small dance floor fenced in by a wooden railing fronted a DJ booth, where a middle-aged blonde woman called up the performers, her voice couched in reverb. “Next up is Suzanne,” she said, her voice drifting into the ceiling tiles like the disembodied pages you hear in airports.

One thing I noticed about Anthony’s is that for an old dive on Hwy. 80, it was remarkably well maintained, and the bartender was fast and friendly — apart from him, my friends and I were the youngest people there, and we were kind of afraid of fomenting that record-stopping moment when we entered, but he made us feel welcome. I wasn’t a huge fan of the $50 preauthorization on my VISA, but maybe Anthony’s has had too many walked or declined tabs. In any case, if you’re looking for a tidy place for a beer and a chance to sing the hits, Anthony’s is a nice little beacon in a sorta sketchy part of town. –– Steve Steward

One thing that’ll make you feel old: Go to a late-night pool party largely populated by people in their early 20s. For starters, you’ll get reminded of all the crazy shit you used to do at 3 a.m. before your late-night hangs devolved into a routine of solo trips to Whataburger before passing out on the couch in front of Lethal Weapon II.

I wouldn’t say I got dragged to one of these on Saturday night, but after we’d left Anthony’s, gone on to Sarah’s Place, and closed down The Mule Pub, all I really wanted to do was make a solo trip to Whataburger and pass out on the couch in front of Lethal Weapon II. I was a little reluctant to sneak into some apartment complex and invade its pool, but my girlfriend was there, so that’s exactly what I did. Of course the party unfolded like every other late-night apartment swimming adventure that I had dived into through the years.

The details are the same as I remembered: a criminally short supply of beer, dudes in their underwear flipping into the shallow end, chicks holding smokes above their heads with one hand and their bras on with the other, and, of course, an accusatory beam of a flashlight wielded by a lone, angry cop summoned by an even angrier resident. A word of advice to the person who invites everyone to his complex’s pool after the bars close: When the cop shows up and starts asking who lives there, the best thing for you to do is disappear into the crowd — it’s physically impossible to put 30 people in the back of a police car, and all he really wants is for everyone to leave anyway. So when he asks if you’re a renter, the answer is always, “Nope.”

While the officer shooed people out of the pool, my girlfriend and I tramped out to the parking lot and got into my car. I thought about hitting up the Whataburger line, but I was soggy and sober and just wanted to go to bed. To paraphrase Sgt. Murtaugh, I guess I’m just getting too old for that shit. –– S.S.