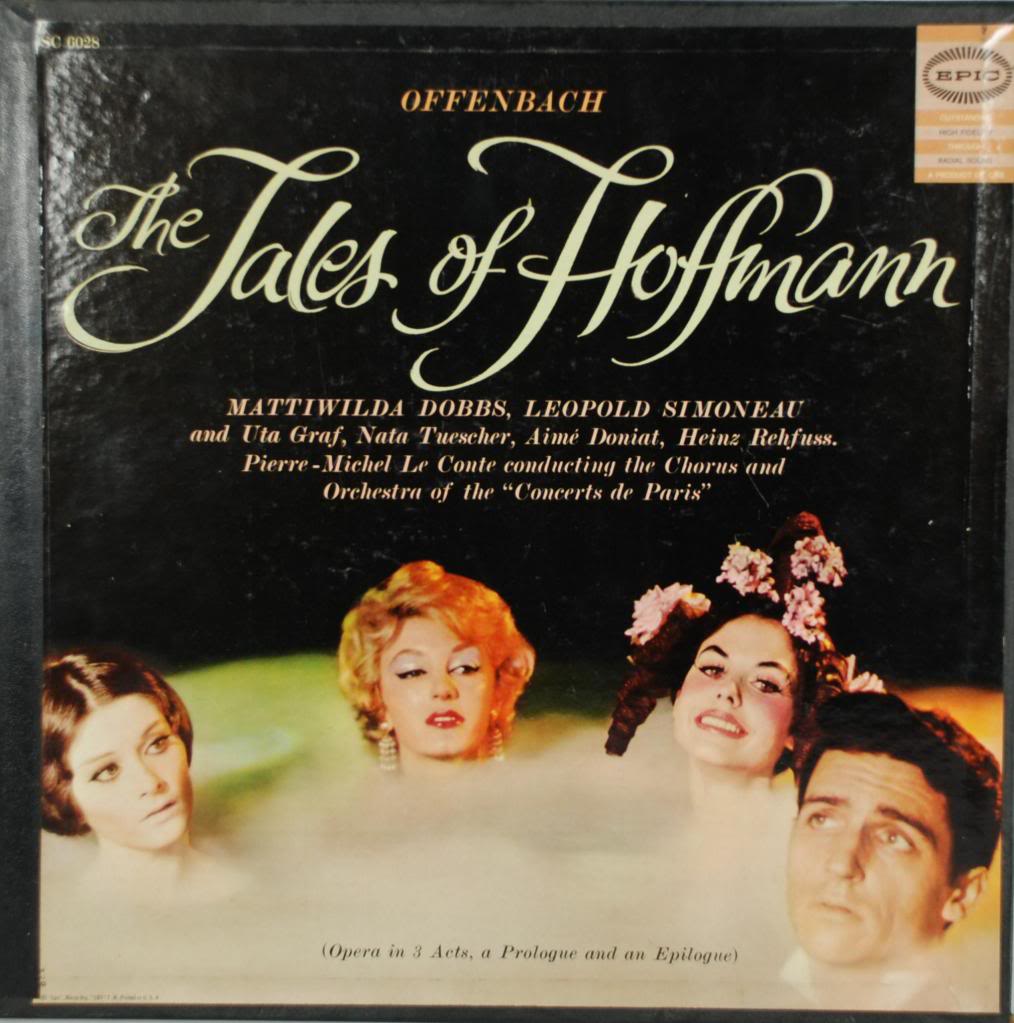 Based on the short stories of E.T.A. Hoffmann, Offenbach’s opera The Tales of Hoffmann is an episodic work in which a drunken Hoffmann tells various tales of his romantic misadventures to students in a tavern. In an encore broadcast of the Met’s production, Anna Netrebko sings two roles as women from Hoffmann’s past, while Alan Held sings four different villain parts. The broadcast is at 6:30pm at various theaters; check Calendar for locations. Tickets are $12.50. Call 818-761-6100.

If you love great musicals, you won’t want to miss the 60th anniversary screening of Singin’ in the Rain, a song-and-dance extravaganza that looks every bit as fresh as it did in 1952. If you have a very twisted sense of humor, you can pair it up with Wednesday’s screening at Cinemark Theatres of A Clockwork Orange, which quotes from the musical. Singin’ in the Rain screens at 2pm and 7pm at various theaters; check Calendar for locations. Tickets are $12.50. Call 818-761-6100.

It’s been more than a decade since the likes of STOMP and Bring in ’da Noise, Bring in ’da Funk brought high-energy percussive movement shows to Broadway. Feet Don’t Fail Me Now! is an attempt by the dance troupe Rhythmic Circus to bring that back. It plays at Bass Hall for one night only at 7:30pm at 555 Commerce St, FW. Tickets are $38.50. Call 817-212-4280.

Today marks the 100th anniversary of Woody Guthrie’s birth, and Arts Fifth Avenue is celebrating the occasion with an event called Woody Guthrie: I Ain’t Got No Home. The gathering features music and poetry, as well as a screening of a documentary about the great folk singer and songwriter. The event starts at 7pm at 1628 5th Av, FW. Tickets are $10-15. Call 817-923-9500.

This weekend features the last three of 11 straight games that the Fort Worth Cats and Abilene Prairie Dogs have played against each other, dating back to the 4th. The two teams will probably be glad to see the last of each other for a while, and Fort Worth will be busy chasing Edinburg for first place in the South Division. The games are Fri-Sun at LaGrave Field, 301 NE 6th St, FW. Tickets are $5-16. Call 817-226-2287.

You’ll have to cross the county line for this, but the Asian Film Festival of Dallas is always worth the trip. This year’s fest includes Takashi Miike’s video-game adaptation Ace Attorney, a sci-fi anthology film partially directed by Kim Ji-woon (The Good, the Bad, the Weird), and a new print of the late Kaneto Shindô’s intensely beautiful 1968 horror film Kuroneko. The festival runs Jul 12-19 at the Magnolia Theater, 3699 McKinney Av, Dallas. Tickets are $7-12.50. Call 214-620-0885.

Built 20 to 30 years ago, Jeron Quarter Classic model cars have been objects of fascination to hobbyists, being quarter-scale models of famous high-performance automobiles, made by a company that no longer exists. The Dallas/Fort Worth Elite Toy Museum has a show of these beautiful curios that runs thru Oct 30 at 5940 Eden Dr, Haltom City. Admission is free. Call 817-834-3625.