Nuclear power was a relatively easy sell before Fukushima.

In the 58 years since Russia fired up the world’s first nuclear power plant, there had been about a hundred minor accidents and only two major ones: Three Mile Island in 1979 and Chernobyl in 1986. With the passage of time and the world’s exploding energy demands, nuclear power seemed like a safe — and necessary — alternative again.

Then, of course, an earthquake and tsunami slammed into Fukushima’s four nuclear reactors in March 2011 and created a disaster of epic proportions in Japan.

Several plant workers died in the accident, and hundreds more suffered large doses of radiation. After initial evacuations of those who lived within about 20 miles of the plant, nuclear experts predict as many as 1,000 nearby residents could die from radiation-induced cancer. Many areas will likely be unlivable for decades. And in the next few years, radiated water carried by ocean currents across the Pacific will start depositing small amounts of radiation on the west coast of this country.

Now the arguments of those opposed to splitting atoms to turn on a lightbulb seem much more convincing: Accidents may not come frequently, but they will come eventually. And when they do, the consequences of irradiated land and people are profound, reaching through decades.

An independent investigation kick-started by Japan’s parliament concluded last month that Fukushima was a man-made failure that resulted from Tokyo Electric Power Company avoiding safety measures and the government failing to hold them accountable.

In the United States, “Political leaders don’t care,” Gunderson said. “They’ve been co-opted by the industry and lobbyists; they’ve been convinced it can’t happen here.

“It can happen here.”

Which makes the Arlington inspectors’ letter all the more timely, said Hadden.

The Fukushima Daiichi plant is an American design. It’s identical to 23 of the 104 nuclear plants in the U.S., making them potentially vulnerable in the same ways. And many of those plants are inspected by the NRC’s Arlington office, which covers the largest area of the agency’s four branches: 22 western states, including California, Washington, Alaska, and Texas.

“Wow,” Hadden said on first learning of the letter. “The allegations, if true, are incredibly disturbing and appalling. That’s the kind of thing that can lead to a meltdown. … The lack of regard of safety is concerning because of how many plants are inspected by this office.”

For a local example, she pointed to the Comanche Peak plant, about 40 miles southwest of Fort Worth. It “has had more than its fair share of problems since the beginning,” Hadden said.

In the 1970s and ’80s, the process of building and licensing the pair of reactors at Comanche Peak was one of the more contentious developments in North Texas. Not only was it hugely over budget, behind schedule, and experiencing major construction issues, but activists often questioned the objectivity of the NRC inspectors involved. A later internal NRC investigation found that its local inspectors had either missed a litany of safety violations and shoddy workmanship or looked the other way.

“There was no flood at Comanche Peak, but they had a fire,” Hadden said. “That is a problem that can happen anywhere. The testing is not adequate.”

It’s not just Comanche Peak, either. A glimpse of the NRC’s recent history shows several examples of near misses and close calls, Hadden said. In 2002, a hole the size of a basketball was discovered on a reactor head at the Davis-Besse nuclear plant in Ohio, leading to heightened regulation by the NRC. The San Onofre plant near San Diego was shut down in January of this year after a tube carrying radioactive water sprung a leak. The NRC later reported that workers at the plant were afraid of retaliation if they pointed out safety problems.

If a flood or hurricane struck the South Texas Project near the Gulf Coast, or an earthquake hit Comanche Peak — scenarios that don’t seem so far-fetched after Fukushima — the potential disaster could affect thousands of lives, according to the NRC’s own studies, some of which were completed decades ago, when the populations surrounding the plants were much smaller.

“Anyone near a reactor is at increased risk,” Hadden said.

Not so, said a spokesman for the Nuclear Energy Institute, the policy organization for the nuclear industry.

U.S. nuclear regulations are “the gold standard the world over,” said the spokesman, John Keeley. Safety is the most important concern for the commercial nuclear industry, and the NRC is doing exactly what’s expected of them: identifying problems before they become a danger, Keeley said.

“Take a look at the dialogue the Japan government is having,” he said. “They’re saying we need more independence from our regulator the way the U.S. does with the NRC.”

Gunderson pointed out that the International Atomic Energy Agency, which monitors plants around the world, operated in Japan for decades and never discovered the problems at Fukushima that exacerbated the disaster.

“It’s a worldwide problem: The nuclear industry has taken control of the regulators,” Gunderson said.

The nuclear industry says public safety is its number-one concern. In 2011 the Institute of Nuclear Power Operations reported that 95 percent of plant backup safety systems met their goals, “assuring that multiple layers of safety were in place.”

But watchdog groups believe major safety issues are still being deferred or ignored.

In the wake of the Fukushima meltdown, many activists hoped there would be a sea change in the NRC’s willingness to step up regulation or that outrage among citizens and political leaders would at least result in greater engagement.

That hasn’t happened, even as some of the five million tons of debris from the disaster began to wash up on American shores this summer after their long voyage across the Pacific.

“It’s been an eventful 16 months since that disaster,” Burnam said. “You’ve got a handful of activists that monitor this stuff very closely. The general public is not particularly paying attention to the hazards involved in the nuclear industry.”

One of the most indelible moments in American film comes toward the end of the Meryl Streep classic, Silkwood.

The 1983 movie tells the story of Karen Silkwood, a labor union activist and nuclear plant worker who died in a mysterious car accident after fighting to prove that plant managers at the Kerr-McGee plutonium fuel production plant in Crescent, Okla., had ignored safety procedures and then covered up their lapses.

When monitors detect radiation on Silkwood, she is subjected to a terrifying decontamination shower in which thick-suited men furiously scrub her naked body and spray steaming-hot water directly at her face. Film buffs consider it a seminal scene.

Today, as then, NRC enforcement of stringent safety measures is meant to prevent that sort of thing from happening. Yet there is still disagreement about how much has really changed since 1974, when Silkwood died under suspicious circumstances shortly before a planned meeting with a New York Times journalist.

Paul Dickman, who worked as chief of staff for the NRC chairman who preceded Jaczko, said the agency is many things but that “toothless” in enforcing regulations is not among them.

“The NRC has teeth and it does bite,” said Dickman, who was deeply skeptical of the Arlington letter. “That just all kind of reeked to me. I saw this, I read it, I said, ‘This doesn’t make sense to me.’ Disgruntled employees are common in any industry.”

The letter’s accusations should certainly be investigated, he said, but he doubts their veracity. “My direct experience a couple of years ago with Region IV showed a very strong safety culture,” Dickman said.

He also said the NRC’s rare use of harsh sanctions is not evidence that inspectors are ignoring problems.

Unlike in Japan, U.S. regulation of nuclear power works, Dickman said, and he criticized the “Markey mafia,” referring to the congressman and other critics like Gunderson. The handful of “red” safety findings, for example, isn’t evidence of token inspections, said Dickman, who compared the statistic to a professor who gives As to all her students.

“I wouldn’t say that just because they feel there’s a lower number [of high-level findings] that everybody isn’t following the rules,” he said. “The NRC has its flaws, and certainly there is room for improvement, but I never knew of any [regional inspector] who was afraid to tell you –– on the record –– what he or she thought about something.”

The confidence that the NRC has shown in the nuclear industry has made possible a new push toward expansion in recent years.

As many of the country’s nuclear plants approach the end of their originally intended 40-year lifespans, the NRC has given out licenses to any company that wants to keep the doors open, which is just about all of them. Many plants, including Comanche Peak, have been “up-rated,” so they can run hotter and faster than they were initially designed to do. Comanche Peak is also in the process of adding two additional reactor units with the NRC’s blessing.

The commission defends these decisions by pointing out that much of the equipment at such plants is being replaced,  much  like new parts in the shell of an old car. Others are less confident.

“If you had a 60-year-old car, would you consider driving it from Fort Worth to Austin tomorrow?” Grossman said. “It’s just like Japan. The nuclear foxes are in charge of the nuclear henhouses.”

In the wake of Fukushima, both Japan and Germany have backed off their plans for additional nuclear plants and are attempting to phase out the existing ones. There is no current restart date for Fort Calhoun, which hits the 40-year mark in 2013, but Omaha Public Power District, which owns the plant, is focused on “returning it to its previous high-performing status,” spokesperson Jeff Hanson said.

“We’ve said that we will not restart the plant until we are assured that we can do so safely,” Hanson said.

But why risk it, asked Michael Mariotte, executive director of the Nuclear Information and Resource Service.

The 23 American nuclear plants with reactors of exactly the same model as Fukushima provide only 4 percent of U.S. energy. The energy reserves in most of the country are far above what those reactors can produce, so close them and use reserves to make up the difference, Mariotte suggested. Maybe that’s not ideal, but it’s a smart, safe move, he added.

“All those reactors could be closed tomorrow and nobody would even notice,” Mariotte said. “You’re not going to have blackouts if you shut those down.”

That argument is far from the tack being taken by the nuclear industry, which convinced the NRC in February to approve the first new nuclear plant in this country in more than 30 years.

“We believe in the safe and reliable performance of the nuclear fleet,” Keeley, the industry spokesman, said. “We support the building of new plants in Georgia and South Carolina. We hope that even more plants will be built as well.”

One would hope that after three U.S.-designed reactors melted down in Japan last year, regulators would be a little more aggressive, Mariotte said.

“These were reactors [of the type] operating in the U.S. now,” he said. “I would expect to see a greater sense of urgency.” 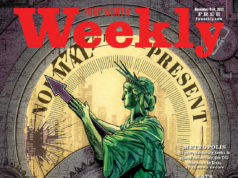