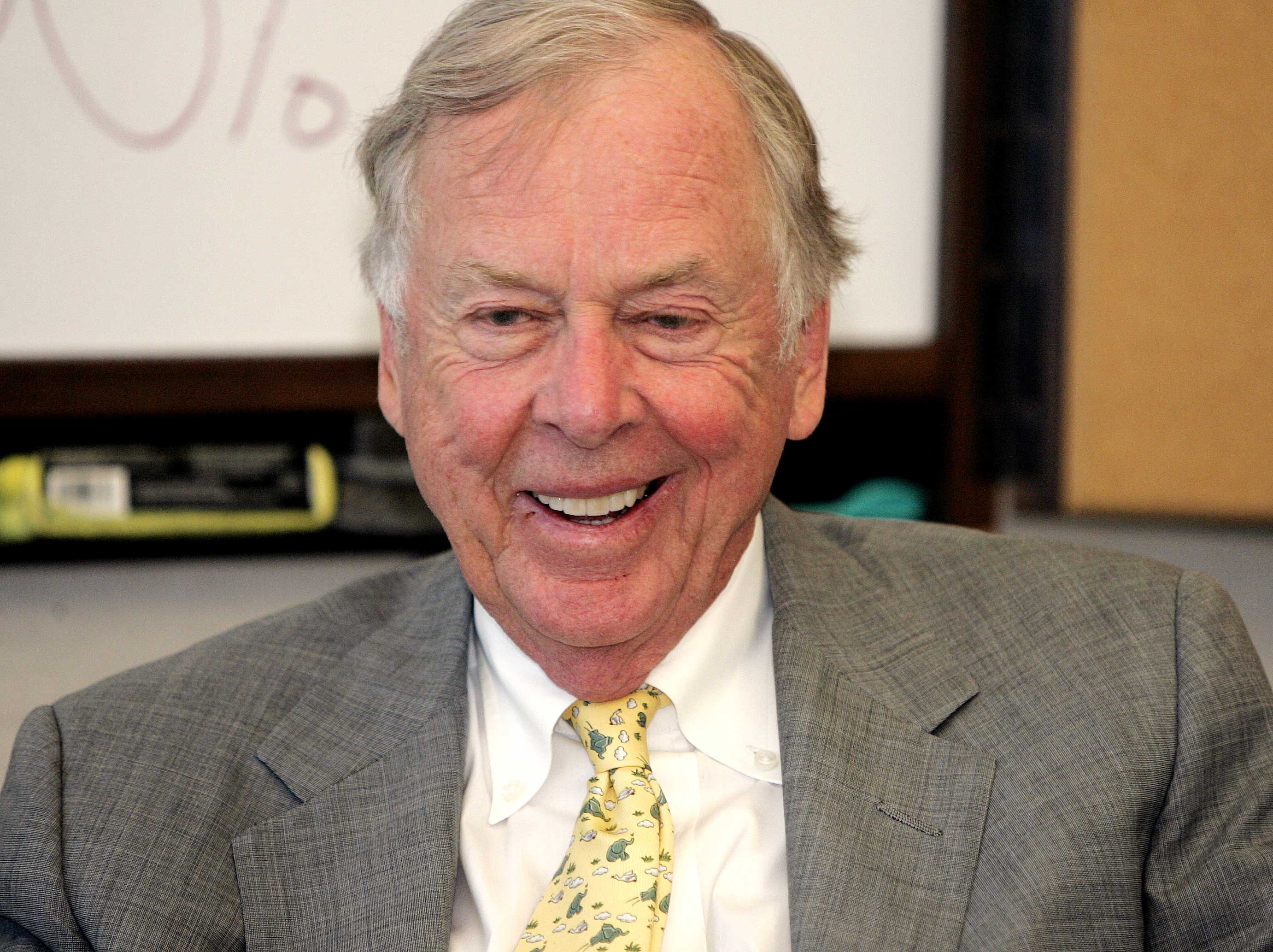 Single gals, do you have a thing for natural gas, Republican politics, and liver spots? If not, maybe a net worth of $8 billion warms your heart: A spokesman for T. Boone Pickens, 84, announced yesterday that the billionaire energy tycoon and his animal rights advocate wife Madeleine, 65, will divorce after seven years of marriage. (It was Boone’s fourth trip down the aisle). He was spending a lot of time in Texas, she in California, and they apparently just grew apart. Not even his investment statements could fill the lonely chasm.

How does a lady bag and keep an 84-year-old Texas billionaire? Women with their own well-defined identities and passions –– Madeleine seems to be one of these –– probably shouldn’t bother to apply. At his age, Pickens might want to say “To hell with it” and go full-on Anna Nicole Smith for No. 5. An endless patience with lectures about energy dependence –– combined with breast implants –– will bump your resume to the top. A working knowledge of hybrid cars and Cialis pumps also helps.