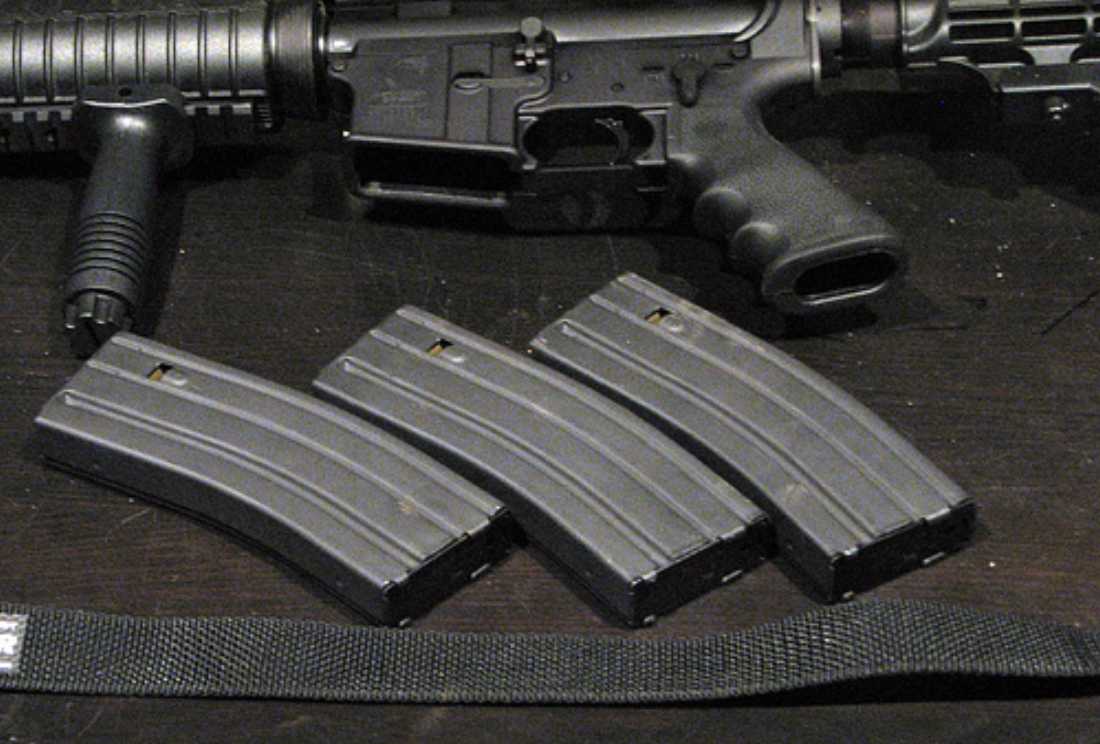 A few weeks ago, a friend of mine — who teaches freshmen English at Texas State University — noticed a new sign installed near the classroom door.

Just a few inches from another sign spelling out emergency procedures in case of a fire, it gave instructions about what to do in case an armed intruder entered the campus building and started spraying bullets, much like 20-year-old Adam Lanza did in an elementary school Friday morning.

Since Congress allowed the federal assault weapons ban to end in 2004, that classroom sign is a microcosm of how our society has addressed the growing numbers of innocent people slaughtered in public by crazy men with lots and lots of guns — we won’t try to prevent them from getting guns in the first place, but we will put up signs telling people they should run away.

Whatever your politics, it should shame us all that it took 20 dead children to make us finally even consider the question: Should we reconsider stricter gun laws?

Just this summer, crazy loners with guns killed six people at a  Sikh temple in Wisconsin and 12 people at a movie theater in Colorado. Last year, a crazy gunman shot U.S. Congresswoman Gabrielle Giffords in broad daylight and shot and killed six others, including a federal judge.

Those are just the “highlights” of the last two years.

Thus far, we have been unmoved.

After college shootings, gun rights activists take to the airwaves to tell students and teachers to start packing heat. After the Aurora shooting, when James Holmes used gas canistersa long with an assault rifle, gun advocates told us how it all could have been different if the dark, gas-clouded movie theater had been filled with audience members who also had guns.

Evidently, we were convinced. President Obama didn’t walk out of the White House and tell cameras that the nation should consider something else. The vast majority of Congress, Democratic or otherwise, didn’t tell us that stricter gun laws were the answer.

As a journalist, each day begins with death and destruction, consumed gaily with morning coffee and a bagel. After a while, it’s hard to feel moved by anything. I’d thought repeatedly, with a kind of cold analysis, that if a Congresswoman shot in broad daylight didn’t motivate new gun laws, then no mass shooting ever could.

And then, when I first heard a Connecticut sheriff talking to reporters on NPR on Friday, and slowly learned from the news conference what had happened — that another crazy guy with guns had gone on another killing spree, but this time exclusively of the smallest and most innocent members of our society, the ones who still think Crayons are mankind’s greatest invention — I felt, for the first time in a long time, the fear and outrage of an event so horrible it should beggar the imagination of any decent human being.

And I also knew, immediately, what gun rights activists were going to say. They’d already said people in that Aurora movie theater should have had guns and that students at VA Tech should have had guns, so their response here too, would be obvious: Elementary school teachers should pack heat.

I didn’t have to wait long.

Texas’ own Rep. Louie Gohmert, a Republican from Tyler, said on Fox News that the principal who tried and failed to take out Adam Lanza by flinging herself at him should have, instead, kept an assault rifle, of the kind used by trained soldiers, locked in her office for just such an occasion. The answer, according to one of our state’s own representatives, is to bring the weapons of the greatest military in the world into the hallways of children, where the walls are covered with fingerpaint turkeys and collages of puppies.

Evidently, sacrificing your own life to save children isn’t worth the effort unless you have a gun in your hand. (It’s worth pointing out that the NRA’s Twitter account went silent right after the shooting. For at least 24 hours, they apparently had nothing to say to the victims or the country.)

Gohmert also said that there’s less crime without regulation of guns, though this Mother Jones story makes a strong case to the contrary.

Is it time for us to finally stop telling ourselves that lost lives of innocent men, women and children are the price we pay for freedom? Because if we fail to believe we can do anything to prevent these shootings other than handing out more guns, that is what are saying.

Or as President Obama put it:

Now I must amend my previous statement: This shooting is now the ultimate test of our society’s willingness to preserve the most lax gun laws in the developed world.

But it won’t be long until we have a new winner.