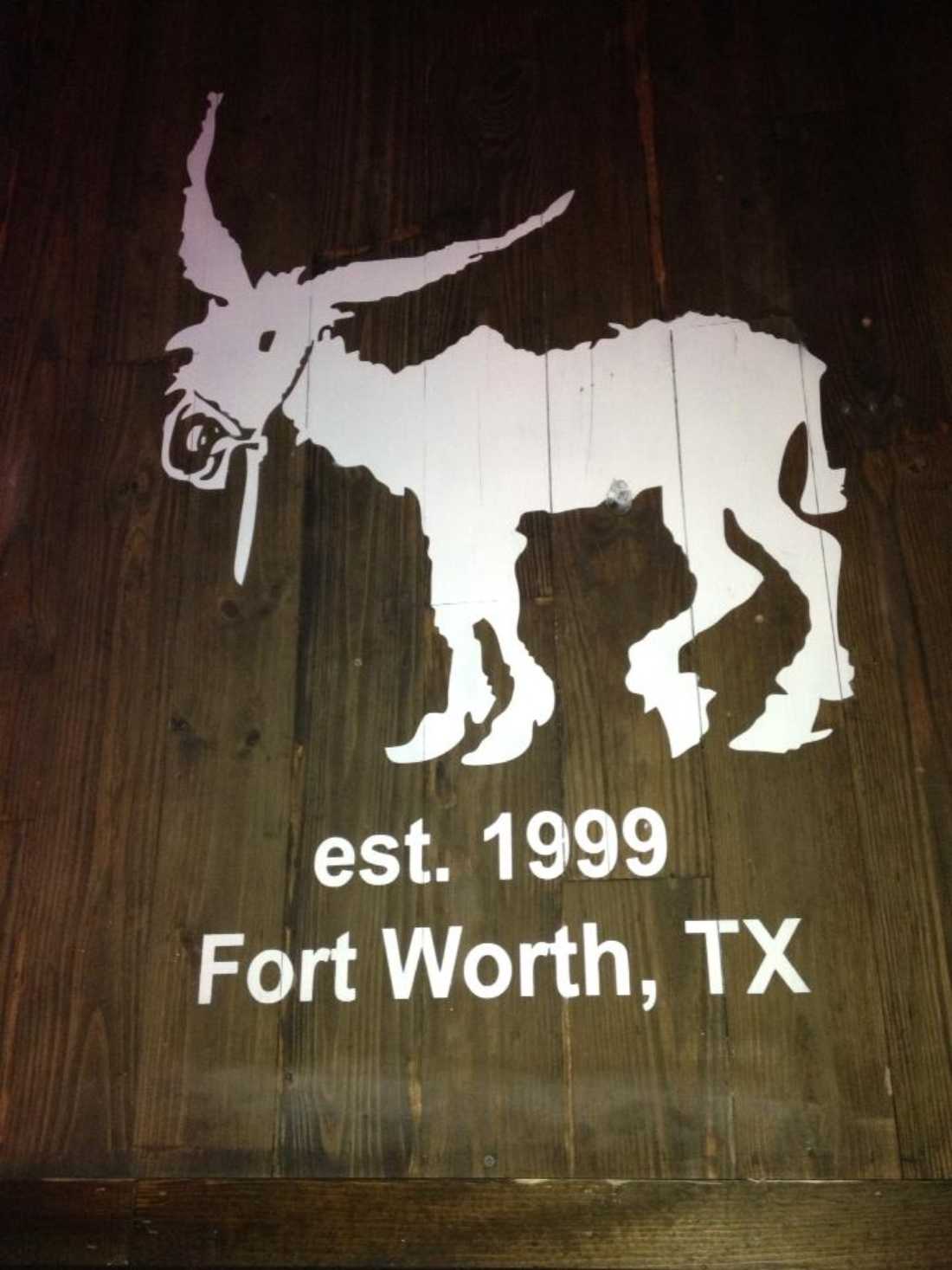 I moved to the west side of town a couple months ago, and while I miss the convenience of living within staggering distance of the bars on West Magnolia Avenue, renting a place over in Ridgmar has reacquainted me with a couple of my favorite bars, most recently, The Mule Pub.

For me, The Mule had always been one of those bars I sorta took for granted, in the way that I assume certain celebrities will always be around — for comparison, I was genuinely bummed when Pat Summeral passed away a month ago, even though I couldn’t remember the last time I’d heard him slur his way through an NFL game. My casual neglect of The Mule got tested a couple summers ago, when the bar almost shut permanently because owner Robbie Turman couldn’t reach a new lease agreement with his landlord, even though he was willing to pay higher rent. As the story goes, Turman and the putatively unreasonable landlord made an 11th-hour deal, and the bar was back in action by the third week in July. And thank goodness. Any bar that sticks around for even a few years will leave an impression on the people regularly haunting its space; The Mule has managed to stick around for 15.

I guess it’s fitting then that when my gal and I went there on Sunday, the karaoke picks kind of flitted around 1998. Throughout the night, we heard renditions of mid-to-late-’90s hits ranging from Edwin McCain’s schmaltzy “I’ll Be” to Limp Bizkit’s boner-brained “Break Stuff,” to Third Eye Blind’s sorry-I’m-a-sucky-friend suicide ballad “Jumper.” I hated this stuff when it was new, but damned if I didn’t know all the words. Is there a worse way to be than hungover yet still humming the hook of a Linkin Park song because you heard it belted by some random dude at a bar the night before? In the end, does it even matter?

Anyway, it’s probably not a good sign when a karaoke DJ brings his own gong, though I half suspected the crooner-stopping slab of brass might have easily belonged to the bar, because that’s the sort of joke The Mule seems to revel in. If you’ve never graced the venerable neighborhood dive with your presence, you’ll find one of the most peculiar interior designs in town. The Mule’s environs are almost absurd –– after you step through the doors and turn right into a hallway formed on one side by a brick wall, you’ll find a big room with a high ceiling. Awnings hang over an uneven floor covered in worn blue carpet, and the gaming area (populated by a couple of pool tables, some video poker machines, and dudes with their feet up) is roofed with planks and beams painted the same marine blue as the wall, as if the backyard deck of some Lake Worth bar and grill had gotten crammed into a landlocked corner pub. Between the brick wall (which mysteriously begins with an arch) and the pool area is what can best be described as an indoor patio. In fact, the overall impression reminds me of a food court in some forgotten corner of Six Flags, maybe some part of the Spain section long ago taken over and adapted as an employees-only smokers lounge.

The Mule’s sorta-wacky inside vibe is all part of its charm, fostering a convivial vibe amplified by the people hanging around. Even if you’re afraid someone is going to revisit a Korn song you’d prefer not to remember, the patrons are usually nice and there to party, and if you don’t have a good time, it’s probably your own fault. And if you’ve never been gutsy enough to grab the mic and travel back to the days when rap-metal ruled the earth, you might as well go for it. At The Mule, you’ll probably get more cheers than if Crazy Town were singing “Butterfly” for real, and that’s why this place is awesome. –– Steve Steward