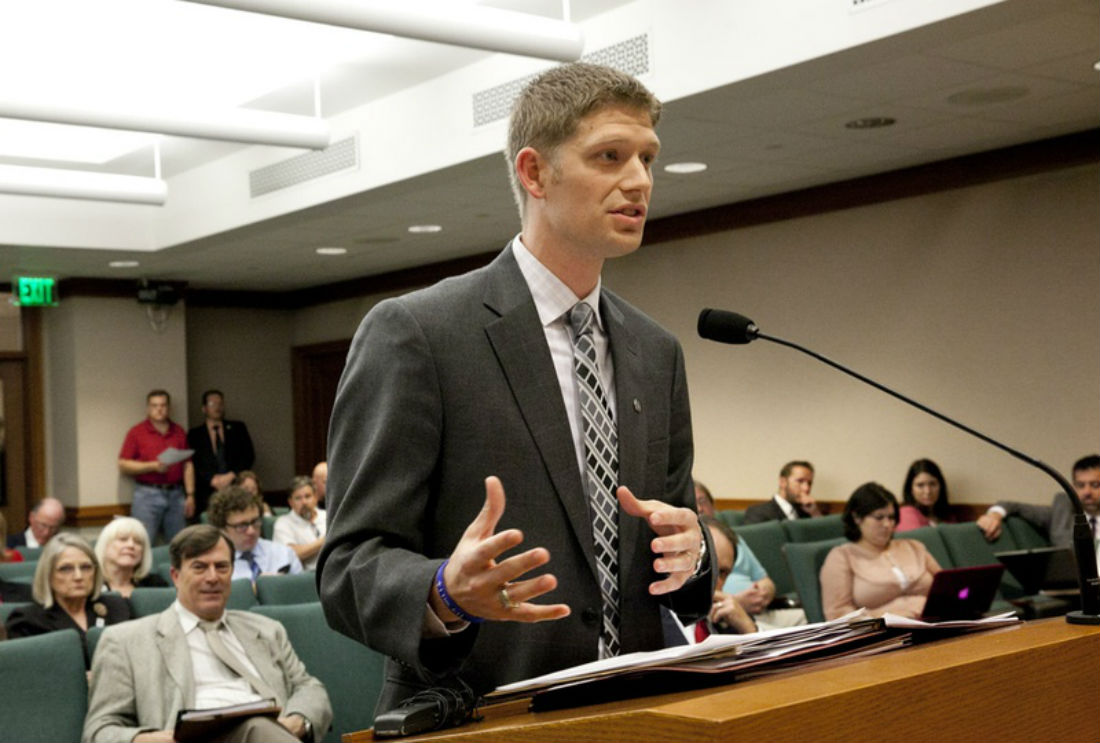 The entire country is looking at the mess in Indiana over their Religious Freedom Restoration Act and doesn’t like what it sees. Companies, sports teams, celebrities, Indiana’s largest newspaper, and other states all criticized Indiana for passing a law specifically allowing businesses to discriminate against homosexuals, and with the NCAA’s Final Four set to be played in Indianapolis, the coaches of all four teams put out a joint statement against discrimination. Bewildered that people would think a law aimed at gays might be, uh, aimed at gays, Gov. Mike Pence engaged in a wildly inept defense of the legislation that he signed before eventually calling for new legislation in a self-pitying press conference. Arkansas Gov. Asa Hutchinson, previously supportive of a similar bill in his state legislature, postponed his plans to sign the bill and said it needed clarifying. Republicans in the North Carolina legislature are also backing away from a bill of this nature. Yet despite all this, there’s one lawmaker who’s still wants to bring the same crap down onto Texas. Step forward, Matt Krause!

The Republican state Representative from Fort Worth previously made Equality Texas’ list of the state’s worst legislators, with the group citing his “extreme agenda … to ensure that LGBT people cannot live their lives in peace,” and stating, “The people of House District 93 would have been better represented by an empty chair.” To date, his biggest accomplishment in the Lege has been co-sponsoring the anti-abortion bill that inspired Wendy Davis’ filibuster. Now, in the wake of all the controversy besieging Indiana, Matt Krause is soldiering onward with his own legislation allowing the same “religious freedom” in Texas. In an interview with the Austin American-Statesman, he said, “Should a Jewish bakery have to bake a cake for the neo-Nazi convention coming into town? Nobody would say that. Nor would anybody say a gay florist couple has to give flowers to a Westboro Baptist protest at funerals.”

Yeah, gays, Nazis, Westboro Baptists, they’re all pretty much the same right? This is a weird place that conservatives have found their way into. For decades they’ve been saying that gays are moral degenerates who deserve to be discriminated against. Indeed, some true believers are still saying it, but most have figured out that outright homophobia will bring public opprobrium down on you even if you’re ensconced in a solidly red state. So now people on the right, including Krause, are claiming that these bills aren’t intended to allow discrimination against homosexuals, hoping that they can just calmly convince everyone that they’re all wrong. To clarify: They’re arguing that no one will use these laws for what they’re specifically designed to do. I guess the laws are supposed to be like floppy stuffed animals — when homophobes feel scared about the world, they can give them a big hug and feel better knowing that they’re there.

Seriously, though, if Krause’s bill or a competing bill in the state Senate gets through the legislature, it’s going to be 10 times worse than what Indiana is going through right now, because Texas’ size and profile makes it a much more tempting target for lefty pols, publicity hounds, and Internet comedians. And if you think all those people can go screw themselves, then consider that these laws would also allow Hindu cabdrivers to refuse to pick up unaccompanied female travelers, or Muslim landlords to evict their tenants unless they all converted to Islam. If a law can be used by Christian bigots with businesses, they can be used by bigots of other stripes, too. Maybe this will make Krause reconsider his bill, like the Republicans in Kansas and the governor of Arizona. The alternative is fun to contemplate, but it wouldn’t be much fun in real life.