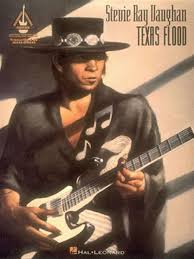 Get the Boots Out Again

The eastern half of Texas had a lot of rain last month, but evidently the rain gods don’t think we had enough. A new tropical storm made landfall this morning and is headed north, with the promise, threat really, of up to 9 inches of rain in the DFW area over the next few days. Houston, which suffered from massive flooding over the Memorial Day weekend, has already activated its Emergency Operation Center in anticipation of the deluge.

The long-anticipated encyclical by Pope Francis, a 192 page letter to catholic clergy worldwide, was leaked two days prior to its official release and it has a lot of conservative catholics around the world squirming. The English title of the missive is “Be Praised,” and it centers on global warming and  the idea that “God gave humans the Earth to cultivate, not conquer,” according to CNN. The Guardian newspaper quoted a short section of the letter that noted:  “Humanity is called to take note of the need for changes in lifestyle and changes in methods of production and consumption to combat this warming, or at least the human causes that produce and accentuate it. Numerous scientific studies indicate that the greater part of the global warming in recent decades is due to the great concentration of greenhouse gases … given off above all because of human activity.”

Climate change deniers in the United States Congress might be regretting their invitation to Pope Francis, who has a Masters degree in chemistry, to come and talk with them in late September when he visits the U.S.

Delaware and Pennsylvania got approval from the federal government earlier this week to open state exchanges for the Affordable Care Act—Obamacare—should the Supreme Court decide in favor of the plaintiffs in a lawsuit seeking to eliminate federal subsidies for health insurance in states which do not have their own insurance exchanges.

The case in front of the high court, King v Burwell, hinges on a four words in the ACA. Lead plaintiff in the suit, Virginia limousine driver David King, sued Secretary of Health Sylvia Burwell, claiming that people who got their health insurance through federal, rather than state exchanges were not eligible for subsidies because the law states that health insurance subsidies are eligible to people who get their health care via exchanges “established by the state.”

The court is set to render its decision in the next two weeks. Delaware and Pennsylvania, both of which resisted setting up state exchanges, have realized that a good portion of their citizens will lose their subsidies if the ruling goes against Burwell and Obamacare. Getting their exchanges approved will allow those two states to avoid that.

Texas and the other states that have resisted setting up their own exchanges would be smart to follow suit.

The St. Louis Cardinals are being investigated by the FBI for hacking into the Houston Astros computers to gain access to player’s information. Silly on the surface, it would give a team an edge if it knew that a base stealer had an ankle that was slowing him down, or that a reliever had a sore elbow. The Astros are currently sitting atop the AL West;  the Cardinals are atop the NL Central.

Registration is now open for ArtsGoggle, coming up on October 10 this year. Registration fee for artists, photographers, woodworkers, sculptors, jewelers, illustrators, potters, and anybody else who works with an art medium is $25. Go to fortworthsouth.org to get it done.