On the subject of The Gnar, Quaker City Night Hawks frontman Sam Anderson told me a story about some old cornpone bonehead at the Wormy Dog Saloon in Oklahoma City who started heckling the band with the usual “there’re only two kinds of music” bullshit.

“He didn’t get to finish saying ‘country and Western’ before I told him to shut the fuck up,” Anderson said. “And, to my surprise, he did.”

The next time Quaker City played there, he witnessed two other, younger Okie boneheads head butt each other unconscious.

“Then there was the fight that happened because one guy bumped into another while doing The Electric Slide,” Anderson recalled. “You can’t really make that stuff up. It definitely makes up for the sucky parts in the end.”

I asked him if he thought touring was crucial to the success of a band.

“I guess it depends on your end-game,” he said. “I just want to travel and play music as long as I can, and we try to widen our travel radius a little more every time.”

To that aim, Quaker City Night Hawks head out for a two-week run in the middle of July, stopping in Little Rock and Oxford, Miss., on their way to Wisconsin for three shows, with gigs in Illinois and Iowa before routing back through Tulsa.

In Anderson’s mind, touring creates a feedback loop for a band. “You tour to promote an album, but then you also make an album so you have a reason to tour.”

He and his bandmates are shopping their upcoming album to big indie labels to gain national distribution.

“Right now, we’re also looking for management, because these labels would rather work with a manager than directly with a band,” Anderson said. “It’s a little annoying, but I get it. The label doesn’t want to spend money on a band’s album if [the band doesn’t] have any kind of organized plan to promote it.” 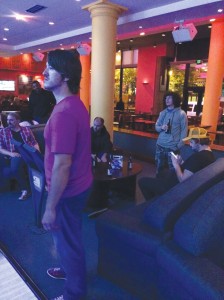 For me, having to deal with the various middlemen and other gatekeepers is the most aggravating part of the game. I mean, I understand why they’re there. A booking agent is a club’s first line of defense against crappy bands, and venues (and labels and everything else professional musicians must humor) trust these people to funnel the best, most profitable opportunities their way. But stuff like waiting on holds –– that’s when venue owners keep a spot open for you until they are certain a major band isn’t going to want a given date –– drives me up the wall. Oil Boom has worked with a booking agent before. She did a pretty decent job, but she also sent us to some pretty dumb shows for not a lot of money. I am not a fan of playing places where people can sit down and have a leisurely meal as I’m performing or where the tables touch the front of the stage. I don’t care how good the sound system is or what famous Red Dirt band I’ve never heard of has played there. Another booking agent we’ve been working with has been a good fit, but, perhaps because of our trip’s proximity to the massive Coachella festival, even he had trouble finding worthwhile gigs. The best one we had was at The Satellite in Silver Lake, and the house was packed, so that made the trip worthwhile. But when someone who has worked in the music industry for at least 15 years has doors closed on him, I am more convinced than ever that it’s all just a crapshoot. 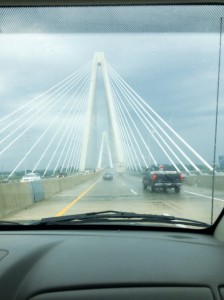 Still, people win lots of money at craps, and the one thing those winners all have in common is that they had to be at the table in the first place. And while this “industry guy” might have been rebuffed trying to get us support slots for bands in California, he did help us get on a couple shows with the Old 97s in concert venues outside of Texas that we otherwise would have had little chance of playing. Wright maintains the importance of being in the right place at the right time, and I tend to agree. You can’t really anticipate who will show up at a given show, so you have to play everywhere you can as frequently as possible. Maybe that’s why I booked that show in Longview. When you tour, you never know what you’re going to find or who you’re going to meet. Probably it’s some drug-addled miscreant asking you for money, but occasionally the drug-addled miscreant works for a record label. As a well-known, band-hijacking, red-rockin’ tequila merchant once said, “Who knows what we’ll find / And in the end / On dreams we will depend.” l