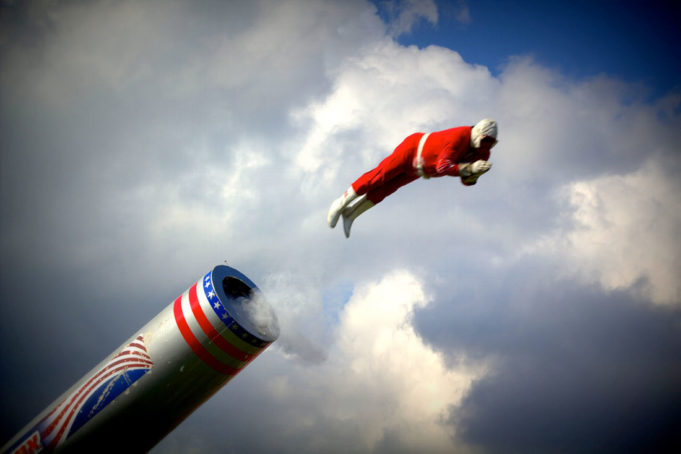 I’d like to apologize to the couple sharing Cannon Chinese Kitchen’s dining room with four drunken guys and a drunken me the other night. We’re not usually that obnoxious, and we almost never get blasted on a school night. It’s just that we don’t get to see one another that often, and we turn into competitive frat boys when it comes to drinking. I mean, when one of my friends orders more booze, I can’t just let him drink alone, feeling all superior.

I’m sorry my pal made anti-Semitic comments toward me. You shouldn’t have had to endure that –– neither should I. But sometimes my Korean friend and I are casually racist toward one another. I know. I’m not excusing the behavior, but that’s not going to stop after 20 years of Hitler jokes. If I took a stand now, I’d just be accused of being a Nazi.

You two probably just wanted a quiet romantic night out without having to see pantomimed sex or hear so much blasphemous swearing. I feel terrible, and not just because I had so much to drink.

As with every night I regret, our adventures in devolution started with bourbon at Cannon’s chic tiny bar. It wasn’t my fault the Cannon Street Julep ($10), with orange juice, mint, maraschino liquor, and rye bourbon, tasted like Halloween candy. And when my insecure pal questioned my masculinity for ordering one, I had to drink three more. I’m not going to take shit from a guy who vapes, anyway.

I do remember the bar being comfortable, and the quick-witted and quite charming bartender giving us sass as she expertly wrangled us. Somehow we got out of the barn, though. I’m sure the only reason we wanted to eat in the dining room instead of just staying put is because one of my friends didn’t want to. We’re mature like that.

Unfortunately for you, we were seated in the place’s back room, which you had to yourself. Instead of switching to water, I ordered a glass of the Cloudline Pinot Noir ($13). The wine’s elegantly ripened fruit was completely wasted on me at that point, because I was, well, completely wasted.

Our bartender took care of us in the dining room, too. I guess she felt like we were her problem, like she’s the one who brought the drunk guy to the party. But it wasn’t her fault I couldn’t hold my liquor.

I should probably apologize to the staff, too. We wanted a nightcap but realized we couldn’t drive anywhere. So the barkeep offered to pour one more round at the bar even though the place was about to close. I suspect that was a ploy just to get us out of the dining room. It worked.

As we sipped Sapporo ($5) and speculated about one another’s sexual deficiencies, the warm, professional staffers never rolled their eyes or gave us the cutthroat sign or any other finger. At least not where we could see it.

At least I found a pretty cool place to sip on a drink, with a friendly, uniquely understanding staff. I can’t promise I’ll be on my best behavior next time I’m in, but I can promise that I’ll just stay at the bar. –– Eric Griffey