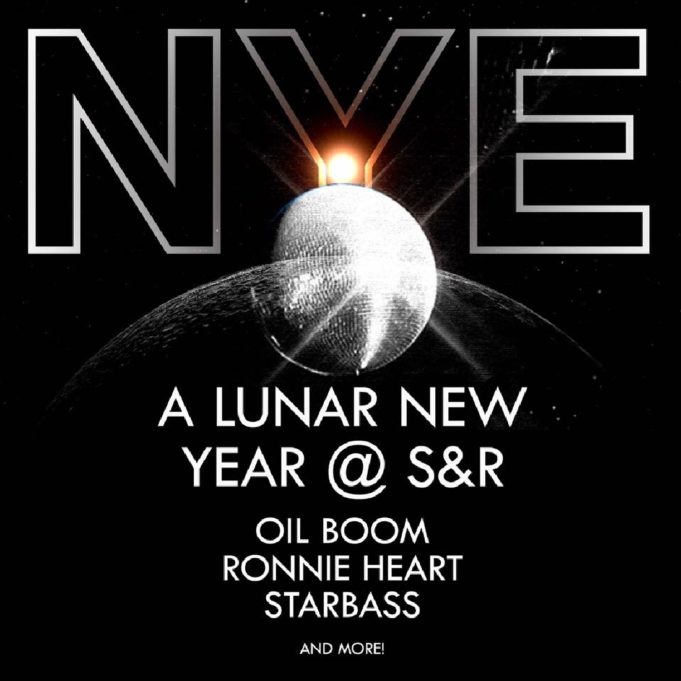 1) You know what someone asked me the other day? “Hey man, do you know where Leon Bridges is going to be on New Year’s Eve?” I was sort of flattered that the person would think I was so dialed into the music scene that I could just rattle off a set time, but sad to say, I am not up on his appearance schedule. Per a grainy Instagram photo and some recent Facebook posts by fans, I do know that he recently appeared Lola’s and the Grotto for some open mic situations, so maybe start at those places – the latter’s “Blame the Stars NYE Bash” boasts that it will be the “biggest NYE party in Fort Worth,” so one might assume Bridges could be one of “stars” culpable for such a claim. Highly doubtful, but you never know. In any case, this party is interesting in that the lineup is not yet set, which means you’ll see Animal Spirit, Panic Volcanic, Squanto, and Picnic, Lightning in an order determined by a lottery that night. I dig the idea, because if you really like one of these bands, you’ll just have to be there from the beginning in order not to miss them. Might this be a new way of booking shows in 2016? Stranger things have happened – a famous person could show up at your party, for example! One time I went to a Halloween party and Michael Cera was there! The show starts at 7pm, and the cover is $10 or $16 for couples. I searched for a video using “Michael Cera New Year’s Eve” and got this video of some woman who thinks Snuggies are stupid. It’s from 2010, but five years later, I find myself agreeing with her. She’s not that interested in NYE, either:

2) Journalistic integrity alert: this listing describes an event I am participating in. At Shipping and Receiving’s NYE on the Moon party, my band Oil Boom will be starting 2016 off with rock and roll songs, performed as a four-piece with the help of a special guest. No, it is not Leon Bridges, guy from item 1 who asked me where Leon Bridges is going to be on New Year’s Eve. Human dance machine Ronnie Heart will close out 2015 beforehand (starting at 11p,), with cosmic electro duo Starbass starting the night off at 10pm, and Jordan “Special Guest” Richardson and myself playing records in between bands. All this, plus the Modelo Bikini Girls! Sounds like fun, right? Can’t wait to tell 2015 to go pound sand! Here’s Oil Boom, with an even different lineup from back when I was merely a fan. That’s our homie Sam Wade on keys:

3) My fondest memory of a NYE was in 2009(I think it was 2009); I rang in the New Year’s at Lola’s and they had a pretty cool balloon drop over there, after which I went to the Longhorn Saloon and watched Josh Weathers enthrall the 30 or 40 people who were hanging in there with a solo performance (on piano, in fact) of “Nothing Compares 2 U.” It was an encore, with the big finish of the regular set this big huge singalong of “Feelin’ Alright,” sung by just about everyone who was a regular at the Moon, either for Luke Wade’s acoustic nights, Big Mike’s Box of Rock nights, or Josh Weathers’ regular appearances on the de-departed Berry Street rock club’s modest stage. Basically it was a lot of dudes doubled- and tripled-up on microphones, singing backing brocals with an index finger in one ear. I will forever make fun of the finger-in-one-ear backing vocal. Is there anything that looks more ridiculously self-serious and self-important? Actually yes – I could direct you to a few Instagram feeds that make the Scientology pageantry seen in Going Clear look like the fucking Carol Burnett Show, but instead of me being mean, how about we talk about the NYE show at Lola’s?

The NYE show at Lola’s features Sub Oslo, Pinkish Black, and Duell; this is an assemblage of three of the best bands in town. For my money, Sub Oslo is the best band that has ever existed in Fort Worth. Like legendary, even – the last time I saw them was before Sleep at the Moody Theater in Austin, aka the place where they film ACL Live. That’s not a humble brag, because I don’t see anything humble about it! If you were there, too, let’s high-five about it in front of people who can only imagine what it was like. Anyway, for the uninitiated, Sub Oslo are a live dub band, but that doesn’t do them justice; if you want to know what bass is for in music, Sub Oslo (specifically bassist Miguel Velis) will show you. Pinkish Black initiate the year-end psychic clearance event with their own low-end heavy, psychedelic manipulations; I’m hesitant to suggest that they are somehow a psych-rock band, but hearing them live sort of makes you feel like you’re inside the soundtrack of an ominous, trippy, psychological thriller. Dario Argento’s Jacob’s Ladder, for example, if that was an actual movie. Duell’s relentless, charging fuzz rock is enthralling in its own way, though they will also make you want to take some shots. Show starts at 9pm, cover looks to be $7-$10. Get creeped out with the video for Pinkish Black’s “Bodies in Tow”:

4) If you’re a Chat Rat for life, chances are you will be at the Magnolia mainstay on NYE anyway, in which case, you’ll treated to sets by the Unlikely Candidates and shoegaze-inspired psychedelic band Un Chien. Even if you’re not a Chat Rat, both are high-energy rock bands, so it’ll be a good vibe to start 2016 with. As a side note, one of my favorite places to see a show in Fort Worth is on the TV closest to the Chat Room’s front door, and here’s why: it usually means the show is totally packed, and the monochromatic camera comes out as a negative image. At the very least, that spot deserves honorable mention in the FW Weekly’s “Best Of” issue for Best Non-Traditional Place to See a Show. Here is the Unlikely Candidate’s “Follow My Feet” video:

5) Caves Lounge’s NYE party is billed as a “Hometown Throwdown” as it features End of the World Parade, hip-hop experiment Lost Art Legacy, and FiftySeven Sauce; presumably most (if not all) of the people jamming in these bands are from Arlington. As is the case with just about every holiday-specific bash at Caves, this will likely be packed. Apparently, if you download the Lyft app for the first time, you get a free ride to and from the party. Free rides with a sober person (because yes, drunk people also offer free rides in cars, but these are to be avoided) on NYE is a gift not to be dismissed! The show starts at 9 and cover is $10. Ever wonder what 57 Sauce is all about? Watch and learn, fam: