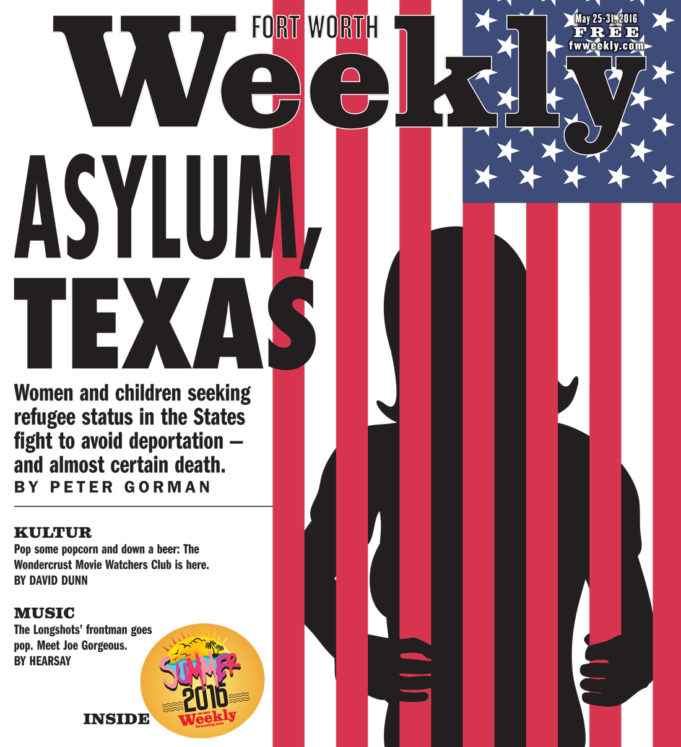 H.R. is a 28-year-old single mother from Guatemala who has been living with her 10-year-old son in a Presbyterian church outside San Antonio for three months. While there she has sanctuary: Though the United States has denied her request for asylum, the Department of Homeland Security and Immigration and Customs Enforcement (ICE) will not raid the church to arrest her.

“I’m safe so long as I stay here,” she told me by phone recently. “But if I leave and get deported, then both my son and I will be killed.”

H.R. is one of more than 1,000 women with children who arrive every month at the border between Mexico and the United States seeking asylum. Some arrive at the entry points asking for it. Others get caught by ICE while entering illegally and then ask for safety here. They are people caught in drug wars and turf wars and environmental wars in their home countries, and they look to the United States as a safe haven, where they will not be preyed upon. Many of them not only suffered at home but on their way through Mexico were abused by both gangs and the Mexican military. Rape is common, beatings a part of the daily peril, theft commonplace, and mass killings not unheard of among the asylum seekers.

They are a group not talked about much in these heady days of presidential primaries and tough talk about building a bigger, better border wall or deporting millions of illegal aliens. But they are still caught up in a web of political maneuvering they don’t understand: The Obama Administration has taken a hard stance against refugees, regardless of what country they are from, to send the message that women and children should not think they will find solace here. The two largest private prison operators in the world, Corrections Corporation of America (CCA) and GEO Group, have lobbied long and hard to see that the women are admitted but immediately put in family detention centers the companies operate for ICE to the tune of $250 a night per person during his or her stay prior to deportation. Local politicians in counties near the border vie to look tough on illegal immigration but will not work on laws to prosecute local business friends who depend on the inexpensive and good quality labor that immigrants provide.

Add to that mix an April 2015 ruling by California District Court Judge Molly Gee forbidding jails or detention centers from housing children — which only inspired the bosses at CCA and GEO Group to seek childcare licenses — and it becomes clear that the whole system is as murky as mud.

Lost in all of the political posturing and the dizzying money involved in lobbying efforts are those asylum seekers, the majority of whom, if given a fair day in court, have a legitimate asylum claim and a right to refugee status here. Fighting to get them that fair day in court are dozens of national and international nonprofit organizations whose members donate their time and expertise to try to improve conditions for the refugees at the detention centers and then seek to provide these people with good legal representation so that their cases can be heard properly.

Amy Fisher, policy director for the Refugee and Immigrant Center for Education and Legal Services (RAICES), explained the plight of the refugees this way: “The people who are coming here seeking asylum, they’ve already been through traumatic life experiences. That’s why they left their homes to come to a country where they frequently don’t speak the language, to face an uphill battle to be allowed to stay. And not only do we, as a country, not help them, but we add to their trauma. That’s a shame and it’s wrong.”