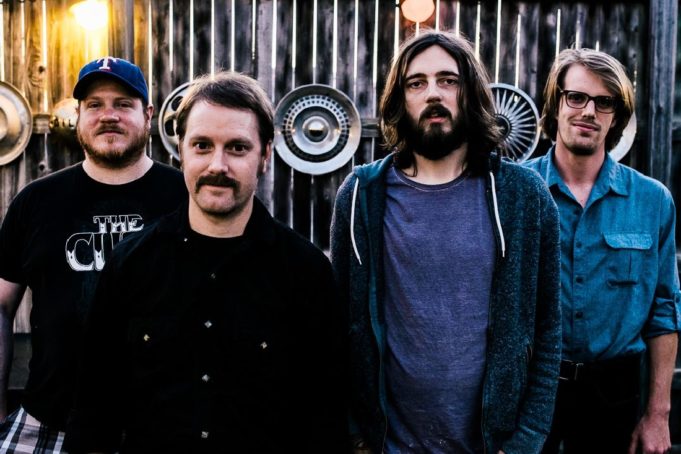 1) Thursday is apparently the 4th annual Global Day of Discovery. I am not completely sure, but it looks as if this celebration was invented by Renaissance Hotels. As such, there is an event at the Renaissance Worthington downtown that exhorts you (per its Facebook invite) to “discover the rich culture and hidden gems of Fort Worth!” What that really means is that a parade of singer songwriters will perform in the hotel lobby, including Luke Wade, Joey Green, Grady Spencer, Reagan James, Chet Stevens, Joe Savage, Ellie Myer, Brandon Steadman, Kevin Aldridge, and Summer Dean. Not sure how the event will go, but kudos are in order for a big brand highlighting some local music – if nothing else, it makes me wistful for Red Bull’s SoundSelect series, which I thought was a tastefully (re: barely, almost timidly) branded, artist-first corporate partnership. Anyway, besides the music, local food and drink purveyors will be plying their wares: Acre Distillery, Times Ten Cellars, Martin House, Rahr & Sons, and Alchemy Pops. The event is partnering with this week’s Rockin’ the River concert, so there’s shuttle service from the hotel to Panther Island from 8-10pm. The whole thing starts at 5pm with a “Bar Ritual” from Acre Distillery, and the music lasts from then until 9. Here’s an episode of Drunk History about discovering a sound in space:

2) Siberian Traps’ new album, Stray Dogs debuts on Friday with an album release show at Shipping and Receiving Friday night. Having been privy to the album beforehand, I highly recommend picking up a copy – it’s one of those local albums everyone should have. It’s a little bit country, a little bit REM, but there are a couple summer jams you might want to get for when you’re driving around with the windows down cheefin’ vapes or whatever you call that nowadays. Area Guided By Voices fans War Party and synth punk trio Nervous Curtains are on this too, so it’ll be a pretty raucous night of rock. Check out “New Friend in Town,” the first single off Stray Dogs:

3) On Friday night, Elmo Jones Productions is partnering with TRANSCEND (which is or used to be the Syndicate – I’m not sure which) to bring you Shamefest, a show at 1912 Club that is headlined by the Murder Junkies. Yes, those Murder Junkies, the ones who were GG Allin’s final backing band when the famous punk rock degenerate cut his promised on-stage suicide plan short with an unintended, off-stage heroin overdose. Apparently they play some of GG’s songs as well as some of their own.

I don’t know how familiar you are with Elmo Jones Productions, but you can read more about its main man and Fort Worth metal-scene godfather Jerry Warden in this story I wrote a long time ago. But as is typical of a Jerry Warden-promoted show, this one has eleventy billion bands on it, all for a mere $10 cover. Okay, fine. There are only 10 bands; besides the Murder Junkies, the highlight for me is Dallas grindcore bros Akkolyte, who are direct support. The show starts at 7pm with a band called Spitfux, because of course there is a band on this bill called that. This is Akkolyte from a few months ago:

4) Austin’s (or Fort Worth’s? I’m not sure which city gets to claim them right now) White Denim is playing for free at the Kimball on Saturday and if you don’t go to this show, you’re missing out on a really incredible rock band. No bullshit. The event, themed around France, highlights the museum’s “Brothers Le Nain” exhibit, and there’s catering from Central Market, and Oil Boom and Gollay are the openers; the whole thing is from 2-10pm, and the music starts at 5ish. This is my favorite track from Stiff, the album White Denim put out earlier this year:

5) Another incredible Austin band in town on Saturday night is the criminally underappreciated power trio Amplified Heat, headlining Caves in Arlington with Dead Vinyl and the Sex RYNOS in the local support slots. Compared to how White Denim takes the best parts of the classic rock cannon and streamlines them into a giddy, proggy display of laser-like precision and crisp pop hooks, Amplified Heat is almost primitive, but no less dexterous or powerful. They are one of the few bands that sound like their name says they do – it’s like Blue Cheer turned into rocket fuel, used to send a Rat Fink hot rod blasting off a cliff. If you can’t make that White Denim show, don’t miss this one (and vice versa, for that matter). In the following video, Amplified Heat are playing in a basement at some shop in San Francisco’s Tenderloin district. Think about how loud that must have been!