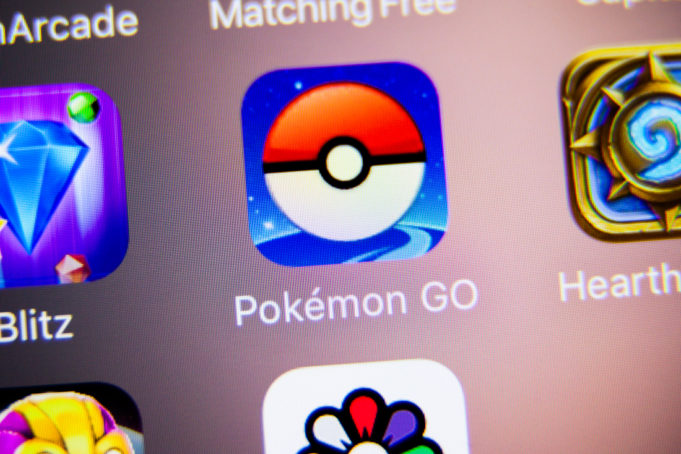 Almost 20 years ago, when my brother Andy was 10 and I had come home for Christmas break during my sophomore year in college, he got super-mad because my dad asked a totally reasonable but 1,000 percent dadical question about that “Pokey-Man game.” Andy was obsessed with it at the time, so you can probably imagine how he pretty much lost his mind at our dad. I’d wager that going ballistic over someone calling Pokémon Pokéman is probably a common experience to a lot of people, at least inasmuch that people can relate to the frustration and irritation specific to being a 5th grader and having to suffer an adult who is being either deliberately, mockingly obtuse or can’t be bothered to remember how to pronounce a simple, three-syllable word, even though such an easily pronounceable word had absolutely zero context or bearing on an adult’s day-to-day life. I think after that, my mom said something like, “Is there a Smokeymon? Maybe a Ganja-mon?” That was most likely aimed at me, in one of those rare “OK, we both know you’re in college now” moments that parents occasionally favor their children with, but I’m fairly sure Andy didn’t think she was being funny either.

Andy lives here now, and he and I were catching up over some beers a couple weeks ago, watching the MLB All-Star Break’s celebrity softball game (a.k.a. The Jamie Foxx Show) and arguing about Pokémon Go, which, if you’ve been under a Snorlax’s butt for the past month (and where’d you find him, BTW?), is the smartphone-based iteration of the mid-’90s Gameboy classic, released this summer to the joy and occasional traffic accident of many.

Andy’s way of playing the game is to play as competitively as possible without having to pay any actual money. Mine is casually walking around looking for Pokémon until the game freezes or I get bored tossing Pokéballs at rattatas. Sure are a lot of those little guys! Especially in my apartment! But also, Andy is on Team Mystic, and I am not. When he asked me what team I was on, I said, “Red? I think it’s the Red Team.” He just frowned and shook his head.

Now, obviously, I am missing out on key components of a rich and enjoyably interactive experience, one that transcends high scores and unlocked achievements and stretches into the realm of cultural conversation. On Sunday, my girlfriend discussed the strategies for taking a Pokémon gym (where teams battle one another’s Pokémon) with a bartender at Barcadia, itself the site of a gym on the game’s map. The following day, I ate lunch at Central Market, where I overheard some nerds talking about the struggle to take back Barcadia from Team Mystic or whomever. You would’ve thought they had been laying siege to a medieval fortress. Then there are the periodic stories about some players cluelessly walking off cliffs while on the hunt, or crashing their cars, or otherwise experiencing calamities because they wouldn’t look up from their phones.

Despite my casual approach to the game, I am grateful for the distraction, and I enjoy hearing people talk about it. After all, this year gets sadder and weirder and more ominous every other day, and I think we’re pretty lucky to have something inconsequential and innocuous to turn to while waiting for the latest murder update to load. For every crabby Facebook post hating on people catching a krabby, there are tenfold more singing the game’s praises, and that gives me a little bit of hope, at least in that there are still people in the world who are trying keep their chins up. I don’t know if Pokémon Go has significantly boosted bar receipts, but those throngs walking back and forth across drinking neighborhoods have to get thirsty sometimes, and plenty of bars have gotten into the spirit, using the game’s mechanics to lure customers inside, often employing the in-game lures. Lures, conveniently available for a small fee (of course), draw Pokémon to a given location –– like a bar top, for example –– for a limited amount of time, and from what I’ve noticed, word of mouth spreads like wildfire. Or Charizard fire. Can Charizard fire spread? I guess I need to put some more time in to figure it out. — Steve Steward