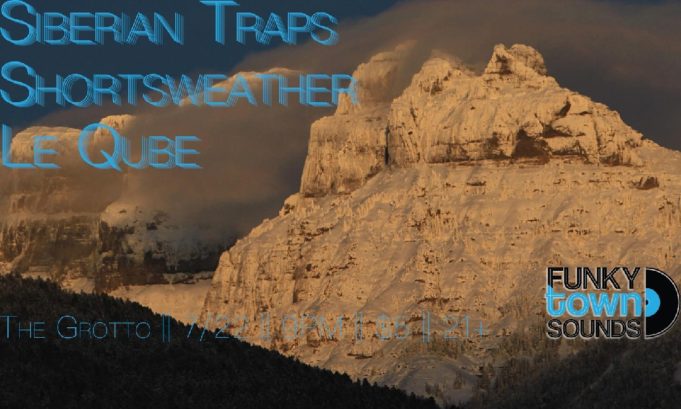 1) Here’s a quick one for Friday: Shortsweather at the Grotto. For the sake of description, suppose that dream pop is a sonic destination; Shortsweather’s route takes the shoegaze business highway. That might not make as much sense as I’d like it to, so try this: Shortsweather walk the line between blissful wash of dream pop and diving into drugged-out, effects pedal rabbit holes. Siberian Traps are on this bill as well, so if you’re in a really great, summery mood tonight, be sure to get there by eleven to see both bands. Better still, get there at 9pm and watch all the bands: Denton’s Red Admirals and local dudes LeQube are in the opening slots. I don’t know much about either band, but the one Red Admirals song I listened to suggests that Bleach-era Nirvana made an impact on whoever wrote it. The LeQube tune I checked out made me think of the Pixies; I bet if I posted a video of “Where Is My Mind?” (because that LeQube tune cribs heavily from that song) you’d stop what you’re doing and watch it, but what about this Pennywise song?

2) Another quick one: Tomcats West has a metal show on Friday (shocking, I know). Long-time purveyors of heaviness Cadillac to Mexico are the headliners, and Turbid North are in the next-to-last spot; they’re who I’d go to see – the way their sound expands from its death metal spine into dreamy psychedelic passages is but one reason I think they’re one of those metal bands that deserve to be on the radar of music appreciators of omnivorous tastes, and not just heavy metal fans. Brazos River Outlaws and Black On High round out a bill that’s solid from start to finish.

3)  Team to Beat Show of the Week Alert: Dreamy Life Records and Music and Transcend are throwing a huge, all-day bash on Saturday at 515 Bar (515 S Jennings) called Solidarity Fest, which will give all donations and a portion of the bar’s sales to Equality Texas and Equality North Carolina, two non-profits dedicated to fighting anti-transgender legislation. Literally 19 bands are playing on two stages, kicking off with Mañana Cowboy at 2pm, with WAR PARTY headlining at midnight. A sample of the lineup: Toy Gun, FOGG, VVOES, Dome Dwellers, Def Rain, Fungi Girls, Sealion, plus a bunch more. Real talk: this show is a great representation of local band talent, and it benefits a very important cause. Learn more about what Equality Texas does here:

4) If you’re into hardcore, chances are good you will be at Club Dada for the Life and Death Tour, featuring Terror, Power Trip, Harm’s Way, Angel Du$t, Fury, and Red Death. This show starts at 2pm; any bill with Power Trip on it is worth your while (assuming you like thrash), but I’d also get to this one in time to check out Angel Du$t – this Stereogum piece described them as “like the way the Foo Fighters might sound if all the members of that band suddenly decided that they wanted to go back to making the sort of music they all grew up making.” If you want to see what a Dave Grohl-created hardcore band sounds like, don’t miss ’em: