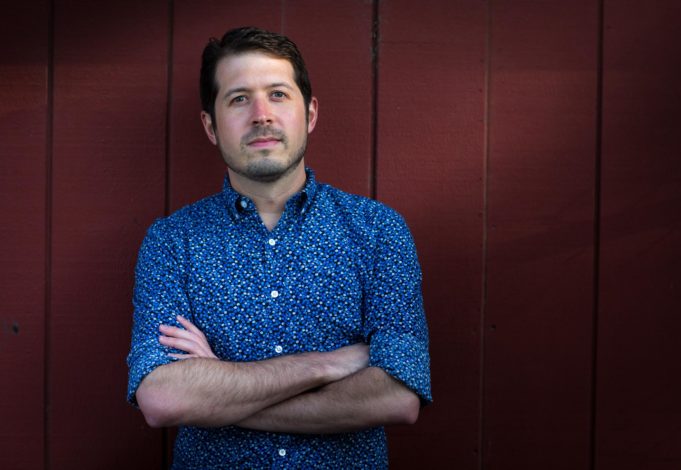 Beer cocktails. It’s the next “big thing” in the world of mixed drinks. So imagine my surprise that I’m just now hearing about it. Maybe I shouldn’t be too shocked. Jacob Grier, mixologist and author of Cocktails on Tap: The art of mixing spirits and beer, told me in a phone interview that the centuries-old tradition is only recently seeing a resurgence.

Grier works at Wayfinder Beer, a brew-centric restaurant in Portland, Oregon. A few years ago, he partnered with blogger and beer aficionado Ezra Johnson-Greenough to put together a series of beer cocktail events.

“That was the genesis of my book,” Grier said. “One of the coolest things about this book was seeing how many old recipes there were. My initial plan was to write about contemporary cocktails. It ended up being a 50/50 split that included vintage recipes dating back to the 1600s.”

The label “beer cocktail” is probably a new moniker, he added. What constitutes a cocktail has evolved over time. The early proponents of mixing beer and booze would have probably referred to it as a punch or communal drink.

“One example might be a malty English ale, some rum, and sugar and spice to make a punch,” he said. “That’d be a typical recipe. Up until the end of the 1800s, warm ale drinks were popular.”

So why did this popular form of drink temporarily go the way of the dinosaurs?

“Beer cocktails slowly phased out,” Grier said. “I talk about this in the book. There were a lot of changes going on, especially in the United States. You had prohibition then two World Wars. That meant 30 to 40 years of interruption regarding how people drank. Then you had changes in beer styles. We went from drinking malty, English-style ales to German lagers that you could reach into your fridge for. So many cocktails were forgotten in that period. Beer cocktails are one of the last old drinking practices people are now rediscovering.”

Big thanks to Jason Pollard at the Usual for introducing me (and hopefully many of our readers) to beer cocktails. Do yourself a favor and order a copy of Grier’s pioneering book. It’s a thoroughly researched resource on the history of beer cocktails, and it includes 50 beer cocktail recipes. It’s not often you get to the a trendsetter in the world of mixed drinks.

Order a Great Depression at The Usual

Now that you’ve learned about this new libation try one for yourself.

Beer My Valentine
From Martin House: In lieu of a traditional fancy shmancy Valentine’s Day dinner, why don’t you save some cash, relax, and come drink some beers at Martin House? This event is for singles and couples alike, so don’t be shy. We will feature a dog kissing booth, couples eating contest, and food by Funky Town Food Truck Texas. The usual $10 gets you three beers. Flowers die. Chocolate melts. Beer gets you drunk. For details visit the Facebook invite page.