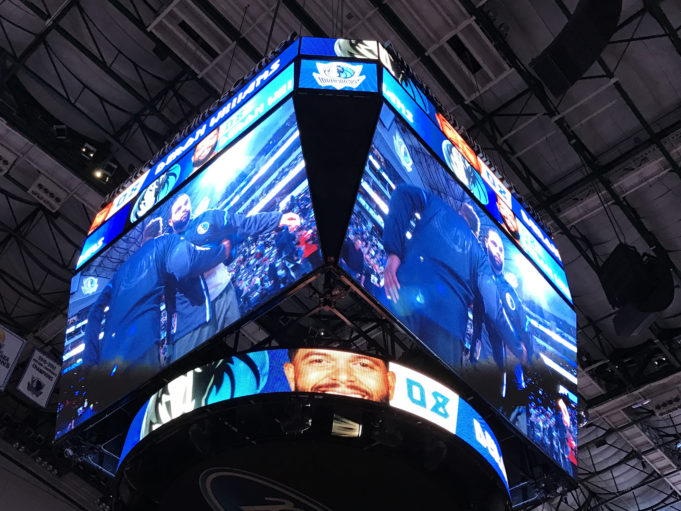 Watching your hockey team give up a lead is yucky. Seeing good basketball players sitting on the bench in street clothes while their teammates struggle is frustrating. Seeing both of your hometown teams drop in the standings at the same time compounds the feelings of angst.

That’s where we find ourselves with the Dallas Stars and the Dallas Mavericks. If the season ended today, neither would make the playoffs. We’re a big market, with rich owners, plus we’re nice people – MFFLs, even. This shouldn’t happen to us.

Firstly, the good news is that this unfortunate state of affairs doesn’t occur very often. In fact, we’ve only had two seasons since the hockey team left Minnesota in which neither team made the postseason. It first happened in 1995-96, and while the Mavs stayed in their funk for a while after that, the Stars recovered to win the Stanley Cup three seasons later. It happened again in 2012-2013, but both squads were back in the tournament the following year (and the Mavs had earned a mulligan, or at least they should have, two years before by winning the NBA championship).

Since the Stars arrived in ’93-’94, the only city with one NHL and one NBA team for that entire period to enjoy fewer seasons of neither team making the playoffs is Detroit. So history is on our side here. 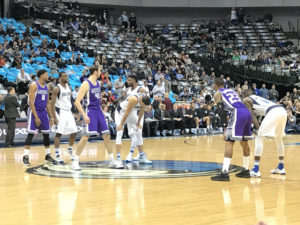 The other piece of good news is that both teams have some young reasons for hope. While the Stars’ youthful core hasn’t broken through the way some have hoped, they had the conference’s best regular season record last year. Jamie Benn, Tyler Seguin, and John Klingberg are still in their 20s. 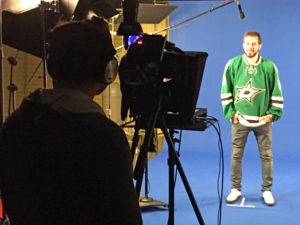 For the Mavs, going into this season I actually liked their chances. They seemed to have put together a balanced team with character and guys who could shoot. Injuries, however, doomed them to a poor start. It probably sunk their playoff chances despite some recent runs of success. However, the emergence of Harrison Barnes (age 24) and Seth Curry (age 26), along with the discovery of Yogi Ferrell (age 23), might indicate the Mavs have something to look forward to. They would also own a 2017 lottery pick.

The evidence indicates we’re looking at an aberration here and that by April 2018, you’ll be painting your faces blue or victory green and displaying playoff car flags again. In fact, overall, it’s really been a pretty good run the last couple of years all things considered. Remember the dark days of 2013, when not a single one of the big five teams here (Mavs, Stars, Cowboys, Rangers, FC Dallas) played a postseason game in the calendar year. The closest we had was the baseball boys dropping the 163rd game of that regular season to barely miss a playoff berth. So with the Rangers, Cowboys, and FC Dallas all winning divisions last year, a quick bounceback from the hockey and basketball squads would seem to put local sports back in the sweet spot we deserve.