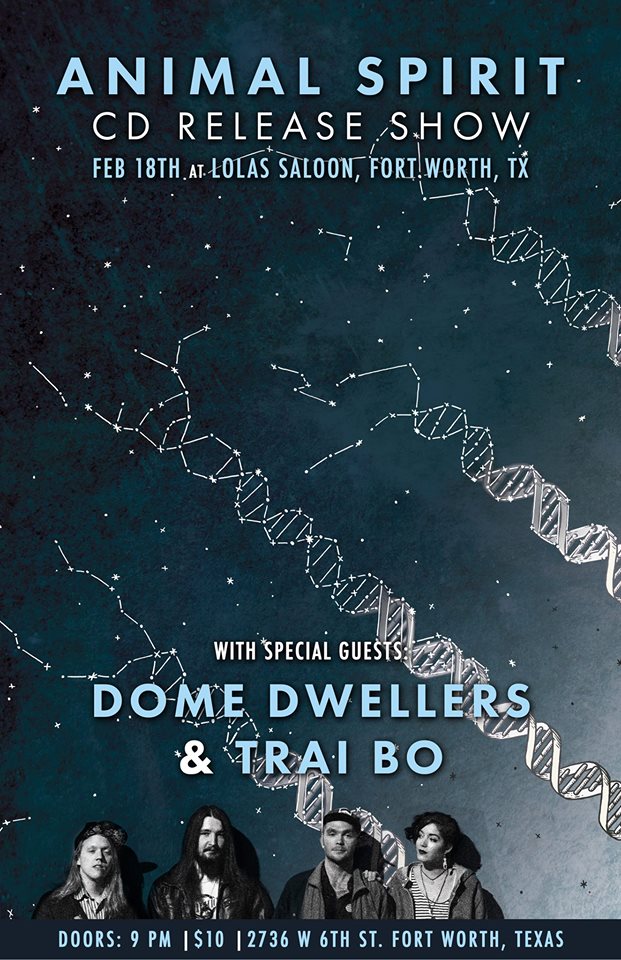 1) The spirits of long-gone Fort Worth bands get channeled Thursday night at Fred’s with the debut of the Groom Lake Racers, a new rock ’n roll band from Haltom City starring the former members of forgotten flyer listings from 20+ years ago. Tommy Ware, Mike Ratliff, Mike Bandy, and Brady Stephens are ready to kick the tires and light the fires on their new project, and local songwriter Jeff Satterly and his full band will be opening for them at 8pm. The show is free and GLR go on at 9pm. This is a defunct band called Slowpoke from way back when playing at the Tandy Center in 1998:

2) Also on Thursday: Quaker City Night Hawks and Oil Boom at the Chat Room. Show starts at 10pm, but get there before it gets packed – it’s already a small bar, and QCNH basically build a fort out of Peavey amps nowadays, so you’ll want to stake your claim to the space in front of where the bands play, or maybe even a spot leaning on the speaker-facing rail of the pool table before the room turns into a sardine can full of cigarette smoke and Budweiser spillage. Here’s “diabeatus” pitchman Wilford Brimley telling you about the 11 different flavors of Quaker Oatmeal, with help from a young Thora Birch:

3) On Friday at the Grotto: Jefferson Colby, Un Chien, and Daniel Markham. You’ll hear traces of your favorite alt- and stoner-rock hits in JC and UC, as the respective frontmen, Danno Mabe and Stephen Beatty, draw inspiration from some of the biggest rock bands of the ’90s, turning that classic chugging guitar-angst into guitar-angst for the 21st century, with creative pedal usage and deftly shredded guitar leads. Mabe’s creative output appears to be near-constant, so expect new material from his band; as for Beatty, his band has a brand-new album out, and they will likely build their set around its strongest tracks as well. I’ve written lots about Daniel Markham in this space; this is one of my favorite songs:

3) Animal Spirit is releasing the physical copies of their new album on Saturday at Lola’s; it’s called This Is Relevant, and it’s definitely worth your foldin’ money to grab one, as well as catch the band with its newest member, Roar Shack’s Dusty Calcote on second guitar. Psychedelic experimentalists Dome Dwellers are at 10:30, and Trai Bo kicks the night off with their trippy, funkified pop music at 9:30. Cover is $10. Animal Spirit put this video out last year, though the track, “Revenge,” is the second one on the new album:

5) If you head to Dallas for whatever reason Saturday afternoon, stop by Spinster Records in Oak Cliff if you’re still in the Big D come evening time to see a couple garage rock bands at an all-ages early show: Kyoto Lo-Fi and Nothing Cool turn the reverb up to 10, and a Fort Worth singer-songwriter project called Short Waves, Rough Seas starts the three-band bill at 7pm. The show’s over by 10, so you can jet back to the Fort and catch Animal Spirit if you are so inclined. This sorta mumbly interview takes place at Spinster Records, and I like that the hosts are called Mimosa Boyz: