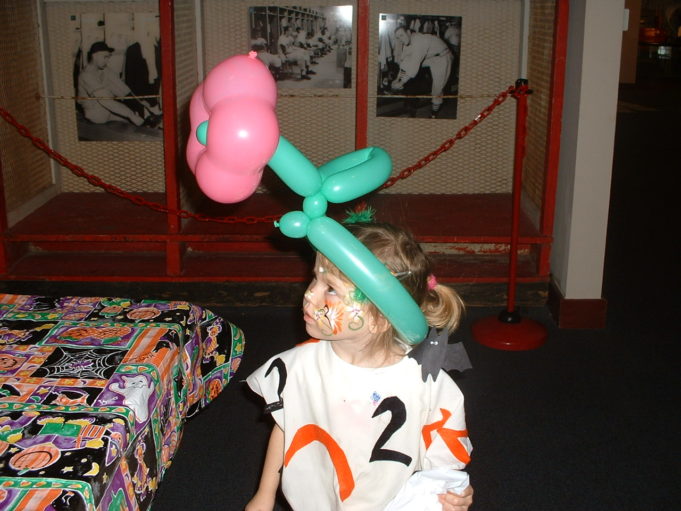 I had a dream the other night and it inspired me to write this column.

This dream intrudes on my sleep cycle every so often in various forms, and it involves the idea that the Rangers have scheduled a game back at old Arlington Stadium and I am going. Usually in this dream, I am just a fan at the game, navigating narrow concourses and acres of bleacher seats. Sometimes I am working, trying to remember where the press box entrance is.

I have no idea why I have this dream (crowd-sourced psychoanalysis welcomed), but I do know I had a lot of fond memories of going there as a kid and watching Major League Baseball.

Of course, the team won’t be scheduling a throwback event at the old stadium because they tore it down when they built a new facility. The Rangers are about to construct their third ballpark, but this time the (tentative) plan involves repurposing the former home rather than demolishing it.

If they’re going to trade on nostalgia, they should go all in and bring back one of Globe Life Park in Arlington’s former features. They should have a baseball museum.

The current facility would be a great place to house such a thing. How do we know? It already did.

When the place opened in 1994, the Legends of the Game Baseball Museum occupied a storefront facing Randol Mill on the ballpark’s south side. The downstairs portion housed exhibits on the game’s great players, its equipment, its uniforms, broadcasting and more. The displays included artifacts on loan from the National Baseball Hall of Fame and Museum in Cooperstown, New York – not a small thing for a museum to possess.

The second floor told the story of the Texas Rangers and baseball in North Texas. On the third floor, one found interactive areas geared toward young people.

If you loved baseball, you couldn’t help but find the museum absorbing. Objects owned by Babe Ruth and Ty Cobb stood on view alongside videos of Nolan Ryan no-hitters and Mantle/Maris/McGwire/Sosa/Bonds home run chases. If one re-opened such a museum, it would become a must-see for hard-core baseball fans.

But the longtime fans aren’t why the museum should come back. The biggest reason is the need to create the next generation of such people. Those of us who fell for the game at a young age developed a curiosity about it and began to take the deeper dives into its rich heritage. For me, books on the game and stories from my father got me fascinated with the game’s colorful past. That depth of engagement ensured I would want to continue to interact with the game into the present day, and attend games in any ballpark available.

Before the museum closed after the 2009 season, every school group that toured the ballpark visited it. Schools could justifiably consider it an educational experience and thousands of children had a chance to realize how much there is to the national pastime.

The Rangers need baseball fans. This is a football state, and sports like basketball, ice hockey, soccer, and many others compete for allegiance. No sport has a history as storied as baseball’s. The Rangers should use it to their advantage.

Of course, you’d want to update the presentation, and have a plan for continuing to do so. When you’re competing for loyalty with e-sports and cellphones, the technological setup has to resonate. One issue the previous incarnation had was lack of commitment to keeping the exhibits fresh. As a Rangers employee, it took me years to find the money just to update a few videos so kids wouldn’t think Roger Maris still held the home run record or Oddibe McDowell was the only Ranger to hit for the cycle.

Would a new museum work from a business standpoint? According to museum personnel I talked to before the front office repurposed the space, it was still profitable to the end. The way it made a lot of its money was through events (including my sister’s wedding reception), but the Rangers thought they could make more profit by taking out exhibits and creating a more open floor pattern. The current Rangers Hall of Fame is the result.

Between the new ballpark and whatever is left at the old one, though, the team will have plenty of event space to rent. They could easily retain plenty of short-term profits from parties and corporate functions while also investing in cultivating the long-term fan base. And you could still host the right kinds of happenings at the museum, like the Batty at the Ballpark Halloween event pictured in this post’s featured photo. Note the baseball displays behind my niece‘s cool balloon/flower headdress.

If you want kids to have big league dreams (sometimes literally), you have to help them envision such things. A shrine to baseball would put them in the right frame of mind.