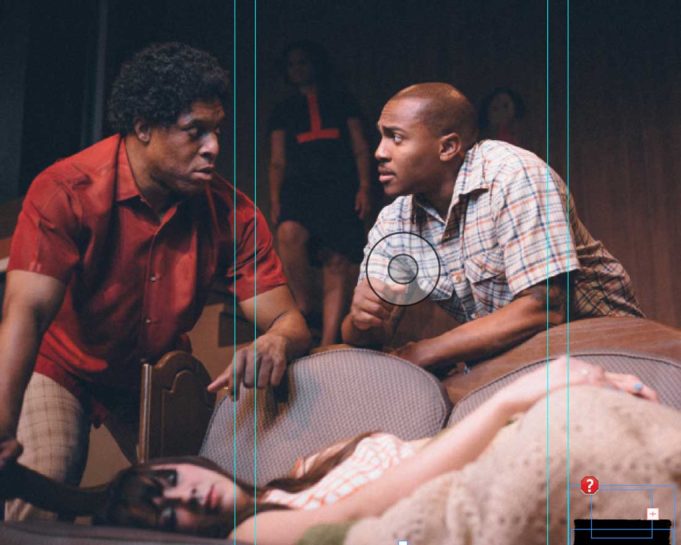 Wednesday 24 – Former showgirls confront middle- and old-age problems in Follies, but Stephen Sondheim’s musical is better known for songs of astonishing quality even for Sondheim: “Too Many Mornings,” “Broadway Baby,” “Losing My Mind,” “I’m Still Here.” National Theatre Live’s broadcast of the London revival stars Imelda Staunton. The broadcast is at 2pm & 7pm today and 1pm Sat at the Modern Art Museum of Fort Worth, 3200 Darnell St, FW. Tickets are $12-20. Call 817-923-3012.

Thursday 25 – “Hey guys, you ever notice how black dudes be like ‘bitches and ho’s’ around women, and white dudes be like ‘You can make 70 cents to my dollar.’?” That’s Paulos Feerow’s take on an ancient stand-up trope, which you can see on at the comedy event Laugh Your MASS Off, which also features Tyler Elliott, Emily Ball, and Scott Crisp. The show starts at 9pm at Main at Southside, 1002 S Main St, FW. Admission is free.

Friday 26 – How many movie stars can claim to have made contributions to science? The exotic and glamorous Hedy Lamarr invented a radio system (with avant-garde composer George Antheil) that not only helped America fight the Nazis at sea but also continues on today as the basis of Bluetooth technology. Her story is told in Bombshell: The Hedy Lamarr Story, Alexandra Dean’s documentary that plays today thru Sun at the Modern Art Museum of Fort Worth, 3200 Darnell St, FW. Tickets are $7-9. Call 817-738-9215.

Saturday 27 – If you were troubled by Kathryn Bigelow’s account of the Detroit race riots in her film Detroit, maybe you’ll find a more nuanced one in Detroit ’67. Dominique Morisseau’s play takes in the strife from the point of view of two siblings running an after-hours bar out of their basement. Jubilee Theatre’s production of the play runs Fri thru Feb 25 at 506 Main St, FW. Tickets are $24-30. Call 817-338-4411.

Sunday 28 – The last Sunday of each month is the Rock ‘n’ Roll Rummage Sale at Trailer Park Fort Worth, where you can find vinyl records, vintage clothing, and just weird stuff. In addition to the sale, there will be live music, food from food trucks, and drinks from the bar at Lola’s. The sale runs 1-7pm at 2735 W 5th St, FW. Admission is free. Call 817-759-9100.

Monday 29 – The documentary about the Super Bowl-winning Chicago Bears team is titled ’85: The Greatest Team in Football History. Lots of Cowboys fans here would dispute that subtitle, but there’s no denying that that team’s innovative “46” defense was utterly dominant. Relive “The Super Bowl Shuffle” and the one-season phenomenon of William “The Refrigerator” Perry at 7:30pm at various movie theaters; check Calendar for locations. Tickets are $12.50. Call 818-761-6100.

Tuesday 30 – Arlington Museum of Art unveils their new exhibit this weekend, and while it doesn’t have the marquee value of their previous shows on Dalí or Picasso, it’s still worth a trip. Steve Moya & Christie Neale showcases the former’s watercolor paintings and pencil drawings of rock stars, as well as the latter’s abstract canvases. The show runs Fri thru Feb 26 at 201 W Main St, Arlington. Admission is free. Call 817-275-4600.