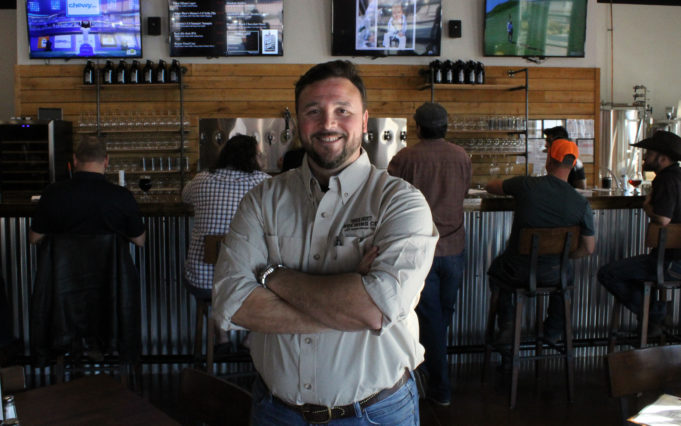 Two American pastimes —watching football and drinking beer— came together last weekend. Parker County Brewing Company, in Willow Park, chose Superbowl Sunday for its soft opening. The only snag with the festivities was the dearth of Parker County brews.

The brewery’s co-founder Ryan Stewart told me there was an unexpected delay in the shipment of a handful of brewing vessels. The tanks have since arrived and now adorn one corner of the spacious restaurant and brewery. Stewart said his business will have its own brews on tap in the coming weeks.

Parker County Brewing Company houses a full-service restaurant and a tapwall that will serve six rotating craft beers (brewed locally or nationally) along with six original creations. I settled for a Deep Ellum Lager and perused the menu. My order, the Margarita pizza, came out perfectly baked with a soft and chewy crust that was lightly drizzled in olive oil. The chunky tomato sauce was freshly made and topped with mild slabs of mozzarella. The wait staff was attentive and friendly. All in all, the new brewery and pizzeria appears to be on the mark.

(If you missed my previous interview with Parker County Brewing Company’s founders, you can read about it here.)

From HopFusion: We will have a mixture of new games and popular games — a game for everyone! Event details here.