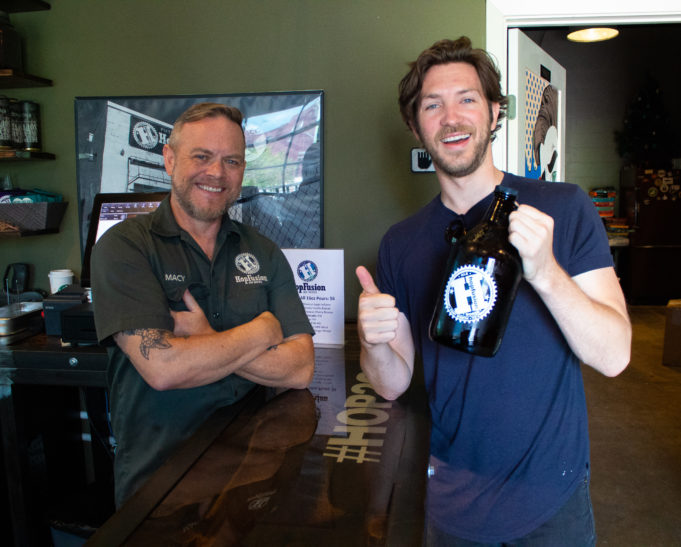 When Macy Moore and Matt Hill opened HopFusion Ale Works in 2016, they did so under a production brewery license. The brewers assumed that with the explosive popularity of craft beer, Texas legislators would allow breweries to sell beer to-go as most states do. They waited. And waited.

By November 2018, the duo decided that switching to a brewpub license would allow them to better serve their customers. Under Texas law, brewpubs can sell beer to-go.

“In our DNA, we are a brewery,” Moore said. “We always expected that law would change. When it didn’t, we said, ‘Let’s just go brewpub.’ It cost a lot of money. We had to redo permits in the state, county, and city level.”

Even with the recent loosening of production brewery laws, HopFusion still benefits from being able to sell an unlimited amount of beer to-go. Moore showed me HopFusion’s new 20-liter kegs.

“We get these from Europe,” he said. “It’s close in size to a slim keg. There’s no deposit required. It’s totally recyclable. You can keep it in the kegerator for a month or more if you want to.”

We brought in artist Jay Wilkinson to demonstrate the three-step process involved in #Hop2Go.

Step 1: Approach the #Hop2Go table. Bring an empty growler if you have one. 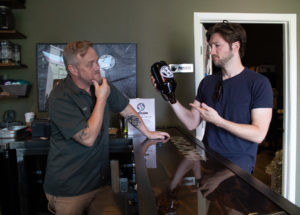 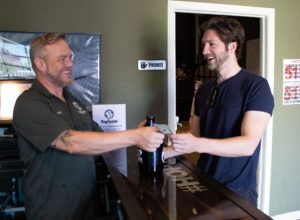 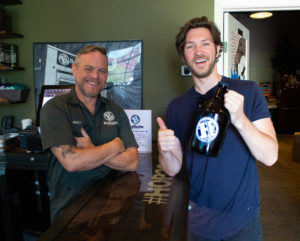 Happy Hour(s) at The Hop 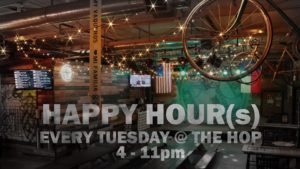 From HopFusion: Every Tuesday is Happy Hour at The Hop with all full pours for $3 and flights for $8! Everything brewed 40ft from the taps, right here in the heart of the Near Southside.