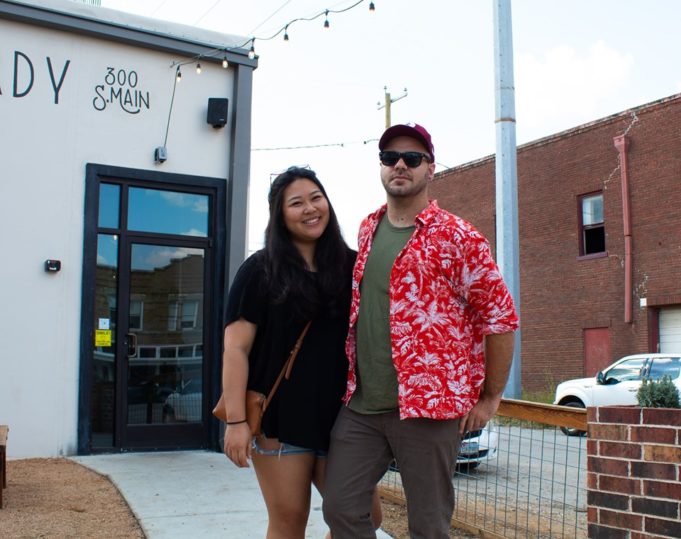 East Asian cuisine and a vibrant street food culture were an omnipresent part of Joanna Yang’s childhood. The Taiwan native and owner of the pop-up concept Fatty Yang’s Poke Bowls recently met over beers at The Bearded Lady to chat about her new venture.

“Taiwan is famous for its ‘little eats,’ ” she said. “In Taiwan, you can get Chinese food from all of the regions [of that country]. It creates unique and delicious eating options that are” fusion-based.

Yang moved to the United States in 1999 at the age of 13. The culture in Texas is decidedly calmer than the dense and fast-paced city life she was used to. Her first memory of trying poke was during a family trip to Hawaii. The humble dish was served in a hut and consisted of raw fish, sauce, and rice. By the time Yang came across the dish again in California 9 years ago, continental tastes had evolved the delicacy into a customizable meal that had heartier vegetable options.

Yang spends much of her free time on Race Street where her boyfriend Jacob Pullig has taught her the finer points of living the #Riversidelife. Asian cuisine is readily available via a short drive eastward, but Yang could never find a nearby source of fresh poke. After Pullig gleefully devoured a bowl of poke that Yang brought him earlier this year while declaring that it was the “best thing he had ever put in his mouth,” Yang went all-in on her pop-up poke concept.

Yang had worked in a Japanese restaurant, but she had little first-hand experience sourcing and preparing food on a large scale. A friend and mentor, Randy Lin, gave her tips, and Yang crowdsourced advice from friends who worked in the food industry. Starting with a pop-up concept worked well for poke, Yang said, because the meals are not conducive to being frozen and stored. Her first Riverside pop-up event last August sold out after two hours. A handful of events have followed. Yang is preparing to serve taiyaki ice cream to visitors at Artsgoggle. The green tea ice cream is served in fish-shaped (not fish-flavored) ice cream shells. The Instagrammable desserts are totes adorbs.

“They will be covered in Pokemon,” Pullig said.

Yang clarified that Pullig meant to say “Pocky sticks.” She plans to keep her pop-up concept feeding poke fans for the foreseeable future.

“My dream is to have a food truck or brick-and-mortar,” she said. “I would expand it to encompass East Asian cuisine, which is based on the bento box. I’m trying to promote the convenience of [certain East Asian dishes]. In Taiwan, we call it a ‘convenient box.’ What I’m trying to bring to this area is something that is convenient, healthy, and cute.”

From Collective Brewing: You’ll want to run to Collective for this one. (Trust us, we’re your friend, and friends don’t lie.) We’re cranking it up to Eleven with Stranger Things trivia! Get your hair nice and Steve-caliber, assemble your party, and take on a campaign of monstrously fun questions all about Stranger Things. Turn the competition upside down and earn, in addition to the right to shamelessly do the Hopper dance, beer money! Visit the event page here.