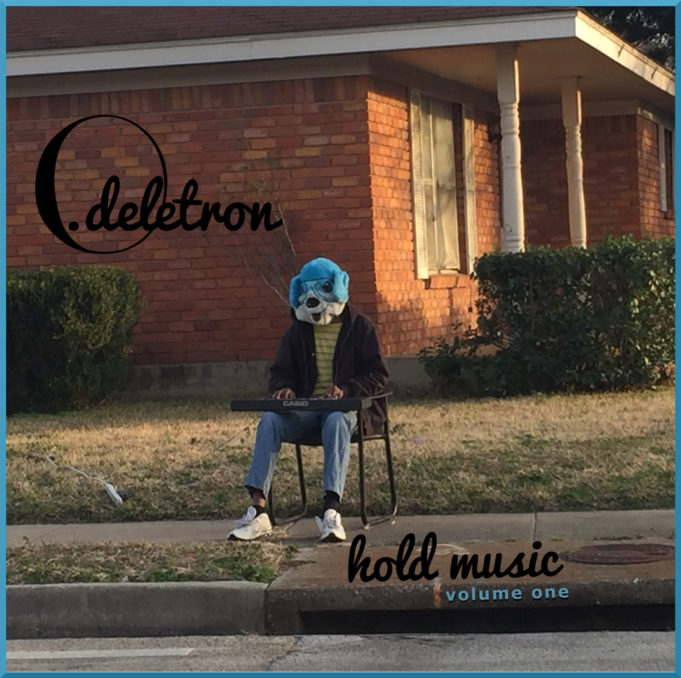 0. Deletron is less a band than a collection of kindred spirits searching for expressions and impressions that matter. Formed several years ago, the septet of veteran local indie rockers has just put out a new album over a year in the making that aspires to and transcends the sort of moody simultaneity encompassed by cinema with a strong performative aspect. The mostly instrumental Hold Music is also an exquisite corpse of sorts, perhaps the only one of its kind locally, in which the members gathered in groups of two to work through their ideas progressively and collaboratively as opposed to following a blueprint. The backup songwriter had no idea what the principal songwriter was going to perform. Hold Music could also be said to be North Texas’ first buddy album.

“Prior to the year 2020,” the band says in the liner notes, “O. Deletron embarked on a journey. Creation of art for the sake of delving into the deepest, darkest, unknown crevasses of the soul seemed to be absent in the music we didn’t hear. We envisioned a time when music can finally NOT be created. It could only be sensed and sent between us. Not plotted and orchestrated. What you hear is a string of visions. What you hear is you. What you would be if you would only lay flat and take it. This is a premonition we wrote before we knew you would be waiting. But we knew you would.”

Backstory aside, is the music good? The answer is “yes.” The resulting sounds are mostly tranquil and atmospheric, occasionally sumptuous and gorgeous. Beneath all of the subdued rhythms and chiming, bubbly chords, a kind of alienation surges through, conjuring up dislocation and isolation. Hold Music demands headphones. The purely beautiful “Up on the Outside” is stunningly melancholy. From a descending twinkling that leads to soft, simple strumming, cofounder Aaron Bartz sings in his warped tenor, “A wood-paneled living room / In the winter of ’94 / My dad he asked Jaaay / The meaning of liiife / He simply said / Knowing who you are / Brings happiness.”

Along with vocalist Bartz and guitarist and fellow cofounder Jason Flynn, both of legendary local indie rockers Tame … Tame & Quiet, drummer Ricky Del Toro (BULLS), bassist Patrick Higgins, pianist Thomas Horton, guitarist Jeff Williams, and synth/sound artist Tyler Walker recorded the album themselves “in what used to be a church in what used to be a bar and was maybe both at once,” Bartz said, adding that it was once called Bullshooters. The band borrowed the space from local punks Heater and recorded the tracks on a borrowed mixing console. O. Deletron began work on the project last February and wrapped it up last week-ish.

The band’s desire to not make music musically was intentionally prescriptive. “A lot of albums are one person’s ideas delegated to different members for limited interpretation,” Bartz said. “With every member writing one song and providing backup on another, we were able to break the ‘Dear Leader’ mold and shift roles and responsibilities. Everyone had a different process for writing and for providing accompaniment. The members were able to branch out and use their other talents. Our drummer did not play drums on the record. Our bass player did not play bass. Four members took on lead vocals. The ‘singer’ played a suitcase with a Santa hat over a mallet.”

Bartz said the process was a game of sorts, “a random exercise/run of simulations. And a crowdsourcing for the writing of the music and lyrics. … [The album] was an artistic reaction to the music being written in the past by one guy primarily, and it explores the most magical part of music creation, in my mind, which is playing off the parts/directions of your bandmates with parts/directions of your own.”

Bartz is pleased with the results, saying he feels “pretty, pretty, pretty good” about them. All of the band members “stepped up, met, and exceeded expectations.”

0. Deletron is now working on releasing the album and producing more music, despite the pandemic.