When John returned from a visit to Florida to see relatives, members of Fort Worth police department’s SWAT team were waiting for him. John asked that a pseudonym be used because he fears retaliation from law enforcement.

SWAT team members allegedly raided his home, and John’s children saw their father being restrained at gunpoint before being taken to Tarrant County Jail to face charges of assault. John denies any wrongdoing. He alleges that his accuser owes him money and that the “victim” is using the criminal justice system to avoid paying up.

While being processed in the jail, John said he met numerous innocent inmates who were unable to buy their freedom by posting bail — either as a cash payment or through a loan provided by a bail bond company for a 10% fee. Bail is used to ensure defendants return for their respective court dates. Tarrant County officials have worked in recent years to increase the number of no-cost “personal recognizance” bonds that are given to defendants. Those steps were taken to avoid the types of lawsuits that have forced Dallas and Harris counties to address the constitutionality of their bail systems (“ Criminalizing Poverty or Ensuring Justice?” July 8, 2020).

Critics of monetary bail (which is used across the United States but in few other countries) say the system criminalizes poverty while sending $14 billion into the coffers of bail bond companies every year. The average bail set in Tarrant County is $4,785.09, according to the county. John works 40 hours a week and earns just enough income to support his family. Coming up with his $4,000 portion of the $30,000 bail he was levied required that several members of his family contribute scarce personal funds. Although it was financially difficult, John said his relatives dug deep to pool together the money because they believe John will ultimately be exonerated of the charges.

Once freed, the defendant found that posting bail was only the first of several onerous requirements stipulated by Tarrant County’s Community Supervision and Corrections Department (CSCD), which supervises around 20,000 individuals who have been court-ordered to some type of supervision.

Every month, John is required to pay $350 to Dallas-based Recovery Monitoring Solutions (RMS), according to county documents that I reviewed.

John said that he was told by his supervising CSCD officer that if he was unable to pay the monthly fees, he would spend the next several months or longer waiting for his trial in Tarrant County jail. Criminal trials in Tarrant County have been severely delayed due to COVID-19. A CSCD spokesperson said that she was unaware of any case in which an individual under supervision has been incarcerated solely for inability to pay.

“We do have a system in place for indigent individuals at the pretrial level,” she continued. “If the individual needs financial assistance, he should speak with his officer or the officer’s supervisor.”

The spokesperson said that only a “small percentage” of individuals in Tarrant County are court-ordered to have electronic monitoring that tracks their whereabouts through GPS technology.

“These are generally our most serious offenses,” the spokesperson said, “and most involve a victim.”

I reached out to RMS and was referred to CoreCivic, which owns Recovery Monitoring Solutions.

CoreCivic spokesperson Ryan Gustin said in an email that “RMS is the contracted provider for services with [CSCD] for radio frequency, global positioning satellite, and continuous alcohol monitoring, which are all ankle-worn devices. This contract was awarded to RMS through a competitive process. These services are community-based programs used by the courts, judges, and CSCD as alternatives to incarceration.”

Collaborative reporting by ProPublica and The New York Times Magazine recently found that ankle monitors, which are presented as a humane alternative to jail, frequently drive defendants into debt or force their return to jail. According to the Pew Charitable Trusts, a nonprofit NGO, more than 125,000 defendants were required to have monitors placed in 2015, compared with just 53,000 people in 2005. Last year, the Weekly reviewed the bond condition of a man who was arrested three times due to a malfunction with his ankle monitor that set off false tampering notifications.

Pamela Young, criminal justice organizer for the grassroots group United Fort Worth, said onerous and costly pretrial conditions undermine the Constitutional assumption of innocence that is the basis of the U.S. criminal justice system.

“Unless there is substantial probable cause evidence that proves an individual is a danger to the community or a flight risk, there should be no pretrial supervision, detention, or fees — period,” she said. “They should be released, given their court date, and left alone to work on their defense. Pretrial supervision fees for people who have not been proven guilty are a direct attack on their rights to due process, life, and liberty. Unfortunately, capitalism has overshadowed all of that. Along with the unjust money bail system, these arbitrary pretrial supervision fees are a disgusting and unethical practice that destroys families and communities daily, and that must end in Tarrant County and the nation.”

John said his heavy-handed arrest, experiences in jail, and ongoing financial woes have rattled him.

“Mentally, I wake up throughout the night,” he said. “It traumatized my kids to see their guns pointed at me. Imagine how many hardworking people who are not criminals have encounters with these [violent police]. It’d be different if they caught me red-handed committing a crime. It just doesn’t add up. It’s crazy.” 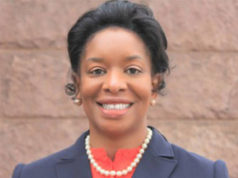