Home Calendar Big Ticket One-Man Bands
SHARE
Facebook
Twitter
The piano, it’s often said, is the one instrument that can best approximate the sonorities and sound volume of an orchestra. 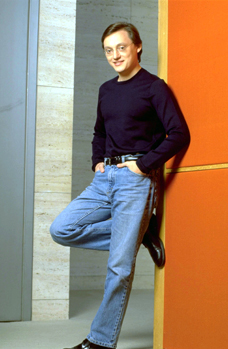 That’s why Western classical music has a venerable tradition of orchestral works being transcribed to be played on the piano, sometimes by the original composer and sometimes by a composer who comes along later. Piano transcriptions will make up the bulk of the Cliburn at the Kimbell’s program this week, headlined by 2001 Van Cliburn Competition gold medalist Stanislav Ioudenitch. The pianist from Uzbekistan (yes, Borat fans, that’s the same country that has a testy relationship with neighboring Kazakhstan) will share the stage with fellow pianists Ulugbek Palvanov and Tatiana Tessman. The intimate setting should cater to Ioudenitch, who tends to play better in such surroundings.

On the program will be plenty of items by Liszt, who helped innumerable fellow composers over his career by transcribing their orchestral works for the piano. Also figuring prominently is Ferruccio Busoni, the wizardly Italian-German keyboard virtuoso whose late-Romantic/pre-Modernist take on Mozart and Liszt’s music still fascinates music scholars today. Along with a great many Mozart arias filtered through the pianist sensibilities of Liszt and Busoni, the pianists will play Saint-Saëns’ Danse Macabre (transcribed by Liszt and further tweaked by Vladimir Horowitz) and Samuel Feinberg’s version of one movement of Tchaikovsky’s “Pathétique” Symphony. This recital pokes into an esoteric corner of the repertoire, and it promises to be as rewarding as it is unusual.