Home Calendar Big Ticket Greed Is Bueno
SHARE
Facebook
Twitter
Almost 300 years lay between Shakespeare’s death and the beginning of the 20th century, and in that time theater did not go languishing. 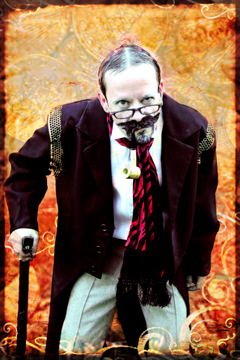 Many stage plays were written and produced by some of Western civilization’s greatest lights: the glittering comedies of the English Restoration, titanic works of realism by the Scandinavian giants Ibsen and Strindberg, and the brilliant plays produced by the French comedians. So why are there so few performances of these plays, not just in Fort Worth but anywhere else in America?

Which brings us to Teatro de la Rosa’s The Miser of Mexico, Carlos Morton’s adaptation of Molière’s comedy set in 1910 Mexico. The original play is a bit looser and less psychologically realistic than Molière’s finer stuff, like Tartuffe and The Imaginary Invalid, but we all know people who warp everything around them with their obsessions with money, religion, disease, or other things. These character types translate well to other times, places, and ethnicities, as troupes such as Teatro de la Rosa and Jubilee Theatre (which has put on a few Molière productions in its time) have discovered. Staging works from this frequently overlooked repertoire gives actors a chance to prove their classical chops and gives the city’s theatrical scene a dose of intellectual rigor and historical awareness. Let’s hope the show at Rose Marine Theatre proves to be entertaining, too. The potential is certainly there.