The metal womanifesto has been set in stone now for some 20 years, ever since Doro Pesch headed Warlock towards the halls of the mountain king and Lita Ford kissed herself deadly. 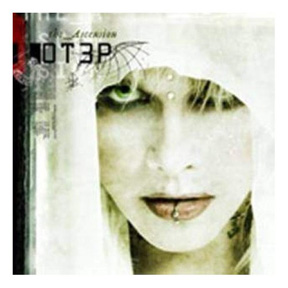 There are female-led hard-rock bands out there that are beyond stellar (see: Heart), some that looked great but lacked punch (see: Drain STH), and some that just set women back to the 1600s (see: Vixen). But despite all of that estrogen-fueled fury, few fem-bands have deigned to strap on Slayer’s armor. Yes, there have been a lot of female protest artists, but Patti Smith quickly got too Eastside-poetess on us, Joni Mitchell just burned out, and the riot grrls have proven better at indie than anything else.

Of course, being a loud and proud lesbian probably helps Otep Shamaya and her backing trio of male minions deliver their thousand pounds of unapologetic napalm sounds. Otep’s latest, The Ascension, is further evidence of the band’s mastery of the genre – the quartet’s two previous albums, Sevas Tra and House of Secrets, garnered much critical acclaim and probably account for the band’s top billings on Ozzfests and European festivals.

The opening gunfire of “Eet The Children” commences the onslaught that runs all the way through the album. “Confrontation” and “Milk of Regret” are both driven by stuttering guitars and over-the-top drum fills, and steered by Shamaya’s caterwauling – part nervous breakdown, part vintage L.A. hardcore, and all filth and fury. Her targets are big and juicy: Washington, D.C., and the power alliance that controls the Wild West show on the Potomac. “March of the Martyrs” and “Noose and Nail” are warnings aimed at the disposable masses, the sheep liable to be sent to slaughter at the touch of a U.S. presidential seal.

If anything lessens The Ascension and Otep’s power, it’s Shamaya’s delivery. She has the appropriate degree of anguish in her voice but lacks any sense of fluidity. Her one attempt at sirening here, “Perfectly Flawed,” is a wrongheaded mess – she sounds like Christina Aguilera in leather and covered in tattoos. Otep made its name with the minor hit “Warhead,” a song so bent on destruction that it could set your iPod on fire. Though The Ascension is bereft of a “hit,” the CD thunders forward like the concussive waves of a detonated megaton bomb.-Justin Press