Home News Metro Carrying Folks to Care
SHARE
Facebook
Twitter
Things are tough all over for poor people in Arlington – no public transit, city policies seemingly aimed at keeping low-cost housing out of town – so it may come as no surprise that healthcare for the city’s low-income residents is also a problem. 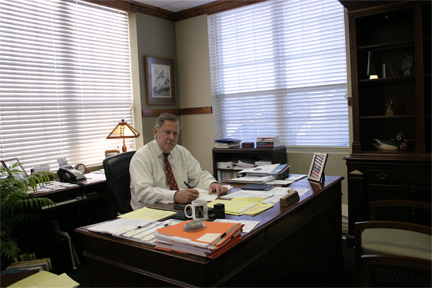 Longtime staffers at six clinics that Tarrant County’s John Peter Smith hospital system operates there told Fort Worth Weekly that poor people often have to wait three months for an appointment and that walk-in clinics are simply an exercise in futility for sick folks who come looking for help – and are dangerously understaffed. And, in a classic Catch 22, the Arlington clinics, which cannot deal with major emergencies or a variety of other major medical problems, frequently end up having to refer patients to the major JPS facilities in Fort Worth – but since Arlington has no public transportation system, poor patients often have no way of getting to the place they’ve been directed to go to for care.

Though JPS administrators and board members don’t admit that access to JPS is a problem in Arlington or anywhere else, County Judge B. Glenn Whitley seems to have gotten the message. As head of the commissioners court, he has created a blue-ribbon committee to study “barriers” to indigent healthcare at JPS. Last month, along with County Commissioner Marti VanRavenswaay, he formed another committee specifically to address healthcare in Arlington.
Arlington Chamber of Commerce president Wes Jury, named by commissioners to chair the nine-member committee, said the group will focus on how JPS can work with other healthcare providers in Arlington and will also look into the question of transportation.

“I don’t think that the most effective role of a tax-supported hospital is to think of itself as a competitor” rather than a collaborator with other facilities, Jury said. “I just simply believe that the more we can do to encourage collaboration, the more effective we can be with serving this community.” JPS opened its sixth Arlington clinic, a 24-hour urgent-care clinic, only last month. Current and former managers and staff members, all of whom asked not to be named for fear of losing their jobs, said they hope the new facility will help to alleviate some of the burden of the existing clinics, which staffers described as being overrun by patients. But “urgent” care in this case doesn’t mean the clinic is equipped to deal with major medical problems. That’s why patients with dire emergencies are shipped out to other Arlington hospitals or bandaged up and transported to JPS’ main hospital in Fort Worth. One former clinic manager called the number of patients referred to Fort Worth “alarming,” especially since “a lot of them have no way to get there.”

The veteran manager said that access to the clinics is abysmal, and the lack of a public transportation system makes it all worse. “I have patients who tell me they are really sick, and there is nothing I can do for them,” the former manager said. At that clinic, 16 appointment slots are kept open for people who call that day – but those are typically booked up within minutes of the phones being switched on in the morning. The blue-ribbon committee, with members appointed by the Arlington city council and the JPS board, is due to make recommendations in late September. Jury said he hopes the committee can convince physicians from other healthcare facilities to do some work for JPS. He also wants the group to investigate emergency-care problems. Most of the Arlington residents who will need emergency care from JPS are the ones least likely to afford it, Jury said.

Kurt King, president of Arlington Memorial Hospital, said he’s open to collaborating with other hospitals, but that he can’t speak for physicians, who are independent contractors. Lack of access to healthcare for poor people affects the whole medical community, he said. Hoyt Frenzel, medical director of the Arlington Memorial emergency room and a member of the Arlington JPS committee, said access has been the number-one topic for the panel. “There’s a real problem with access to care, even for patients within the JPS system to get timely appointments,” he said. “There’s enough population in Arlington to support a full hospital for JPS” in his city. Jury would like to see the day when Arlington doctors and hospitals will be able to handle the city’s healthcare load without “exporting” so many patients. But at the moment, with so few doctors and hospital beds in Arlington compared to Dallas or Fort Worth, and with JPS clinics so backed up, sending patients elsewhere is inevitable. For that reason, many believe that Arlington’s lack of public transportation has become a major hurdle to medical care.

And that lands JPS and the committee in the middle of one of Arlington’s longest-running debates. The city is the largest in this country without a transportation system for the general public. The transportation question, in turn, means that JPS patients – like so many of Arlington’s future plans – are partially dependent on what happens at that flashy new stadium going up on Randol Mill Road. JPS itself provides a bus three times a week – on Monday, Tuesday, and Thursday – to shuttle patients between its Arlington and Fort Worth facilities. But seats on the bus are reserved for those who’ve made appointments at the clinic, not for walk-in patients. The city itself offers a van transportation system, called Handitran, only for residents 65 and older. That fleet of 17 buses, each of which holds six to eight people, picks up riders at their homes and delivers them to stations where they can continue their trips on the Fort Worth or Dallas bus system. And that’s it.

Arlington voters have three times refused to fund a public transportation system, most recently in 2002. John Overman, chairman of the council-appointed citizen transit advisory committee that most recently recommended that the city pursue mass transit, said that the proposed $9.23 million system was shot down because voters weren’t willing to pay an extra quarter of a cent per dollar in sales tax – the lowest tax option considered by the committee. “I think people wanted it, but when it came time for the referendum we didn’t do so well,” he said. Arlington has almost hit the cap set by state law on sales tax rates, “and you’re competing with other types of interests for that money,” Overton said. But the problem goes beyond citizens’ desire to limit taxes. “A lot of people just aren’t comfortable with buses on the streets,” he said. “The counter-argument for people who showed up and spoke against it was, ‘I won’t ride it so I’m not going to pay for it.'”

The quarter-cent sales tax that Arlington could, if voters approved, devote to public transit is a much smaller resource than the half a penny that Fort Worth taxpayers devote to transit, or the full cent in Dallas. A major reason Arlington has less space under its sales tax cap: the Cowboys stadium, which, with voter approval, is being funded in part with half a cent of the sales tax rate, for about $325 million. Curiously enough, however, it could be the stadium that helps change the transit picture. Alicia Winkelblech, Arlington’s chief transportation planner, said she believes that the city is ready for a public transit system and moving in the right direction to get one. Winkelblech said the North Central Texas Council of Government’s regional transportation group is working on a proposal for next year’s session of the Texas Legislature that would raise the cap on sales taxes specifically to allow more cities to pay for transit systems.

The impetus is not concerns about poor people getting to healthcare or anywhere else, but the new Dallas Cowboys stadium and other developments around the Ballpark in Arlington. “Things are different now [than in 2002],” she said. “We’ve got the stadium, the entertainment district is going to be exploding, all of the hotels and retail establishments in between the Ranger’s ballpark and the stadium are going to create a lot of activity. I think people recognize that that is going to create a lot of congestion.”