My sweetie and I recently went to J.R. Bentley’s Restaurant & Pub in Arlington, where she used to cocktail in a previous life (post-divorce, saving money to go to Australia). The occasion wasn’t special, just burgers and drinkie-talkie with some muso pals. While the location’s changed since she did her time there an unbelievable 20 years ago — the place used to be located farther south on Cooper Street — a lot of the appointments are the same: the bar, the tables, the memorabilia on the walls. 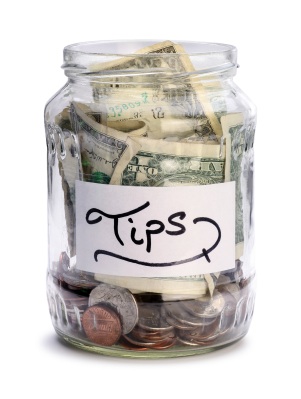 Sure, the first two have been extensively sandblasted, she reported, to remove the stuff that had been carved/scrawled into them, including her own name — she had etched it deep into what used to be the waitress station. Nonetheless, it seems to me that, if you’re going to move your establishment, that’s the way to do it: bring your old furniture. Preserves some semblance of tradition and history in our too-often throwaway world.

Many of my sweetie’s memories of Bentley’s have to do with the persona she crafted during her time there to maximize tips, whether the patron was a UTA frat boy, a “cool kid,” or a professor. In her latter-day career as a speech pathologist working with medically fragile, multi-disabled kids, she’s become expert at attending to nonverbal cues, and I suspect that her early experience in the hospitality biz had something to do with developing those skills. It’s a thin line between attentive and obtrusive, friendly and intrusive, and the standard that matters is the one that exists in the mind of the receiver, so a wise server will be attuned to his or her patron’s signals.

A friend of mine from Australia, who’s traveled extensively in these here United States, once told me, “There are two things I hate about your country: your enormous portions of food and the fact that I have to tip everywhere I go.” Of course, down in Oz, service industry folks are paid a livable wage. Consider, too, that the folks behind the bar at your local watering hole get to deal with humanity at its very worst (um, present company excepted, of course). If someone has an underlying tendency toward violence, churlishness, self-importance, or obsessive-compulsive stalker behavior, chances are better than good that it’ll manifest itself when they get their drunk on. The best bartenders, cocktail waitresses, and bar backs understand this and still manage to handle the hammered hordes with aplomb, grace, and style.

The über-example of this from the 817 is probably Jem Rodriguez, late of the sadly departed Black Dog Tavern and now hanging his natty fedora downtown at Embargo, whom I’ll always love and appreciate because he once made me walk a line to get out of his bar when I wasn’t even that drunk. (That kind of proactive application of dram-shop law can save lives, not to mention the expense of DUI attorneys.) And I still have some bar napkins on which he’s scrawled some of his trademark hilarious notes. But I also realize that the cat behind the bar whom I think I know is a character that Jem constructed, which hit me one night when I saw his hat hanging on the hook behind the bar when he wasn’t even working.

Since my sweetie and I have been trying to get out of debt, we started cutting back on our nights out even before the current economic downturn hit, but on those occasions when we venture out, we still endeavor to tip well, on the theory that if you can’t afford to tip, you shouldn’t go out. Seriously, just get a pony keg and stay home. Even buying cases, you’ll still save dough. But there are events — birthdays, graduations, Wednesdays — that warrant celebration with more friends than will comfortably fit in your apartment or living room or even out on your patio. On those evenings, we just consider the gratuity part of the price of the ticket. It’s the right thing to do.

“But what if I get shitty service?” I can hear you asking. And it’s true that some folks are most valuable as negative examples, like the bartender at a certain now-defunct room who was notorious for ignoring new customers for up to half an hour, even when the place was dead. Myself, I’d still tip the cat 10 percent — and never go back during his shifts. Civility is the glue that holds society together, and, most crucially, “punishing” the hired help isn’t likely to impress your date. — Ken Shimamoto

… And the Flip Side

People who know me know that I’m pretty generous. I’ll always buy you a beer, and I’ll tip you even for rote service. Since I spent my formative years as a busboy, waiter, and bellhop (not at the same time, of course), I know the value of a good tip. However, I’m also a pompous ass. I believe that errors in judgment should be pointed out and, if necessary, punished. Civility may be the glue that holds society together, but, to make a cocktail of metaphors here, civility also is a two-way street, especially in a business transaction in which the amount of money exchanged is, to an extent, negotiable. Good business transaction = profit. Bad transaction = no profit. Pretty simple arithmetic to me. Plus, how else is a bad businessman going to learn the errors of his ways?

Most bartenders I know are good businessmen, and since most of them are not millionaires, they need whatever extra ka-ching they can generate and so behave accordingly. That is, properly. They also are largely responsible for my repeat business  – and repeat business, simply put, is what can save or doom an establishment. As a wise man once told me, “It’s all about service, because you can bet that the beer here is as cold as the beer at the bar down the street.” — Anthony Mariani