Before closing about a year ago, The Pour House was a Sundance Square institution, a 13-year-old sports bar with the spirit of an inviting nightclub and a kitchen that rivaled that of a fine-dining establishment. It was with glee that most scenesters greeted the news a few months ago of the club’s reopening in the West 7th Street corridor.

Finally, scenesters said, a place right across the street from what’s becoming known as Carroll Corner (a coterie of bar-bars at Carroll Street and West 7th) that serves food. Oh, no, some local club owners said. Not another joint. 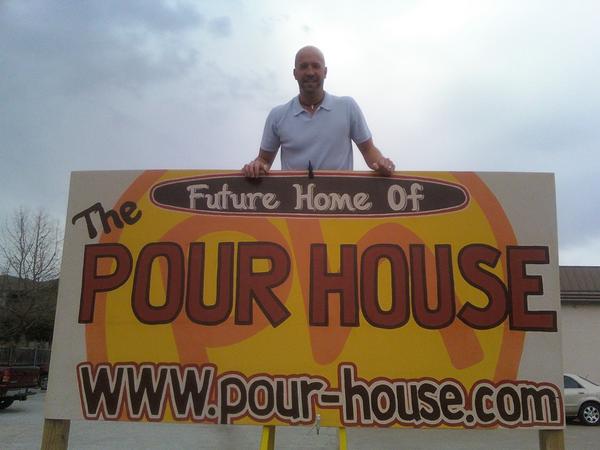 About a half-dozen are planned for the area — it’s not even one square mile in size — including Delaney’s Irish Pub, a Movie Tavern, Tillman’s Roadhouse, Lucky Strikes (a high-end bowling alley), and, right at Carroll Corner, the Blarney Stone. The total number of bars/bar-restaurants will reach about a dozen when you factor in some existing places: Fred’s, M Lounge, Chimy’s, the recently opened Capital Bar, and, at nearby Montgomery Plaza, BoomerJack’s. There are a lot of nights when all of the Carroll Corner bars — 7th Haven, Poag Mahone’s, and Lola’s Saloon-Sixth — are dead. There clearly isn’t a demand for twice as many current clubs. What were the developers thinking?! (Most of them are from Dallas, which explains a lot.)

The Pour House has a couple of things going for it that may separate it from all of the other planned hangouts and endear itself to Carroll Corner’s regulars, hipsters and professionals who tend to be heavy-drinking and heavy-tipping. (On the weekends, a lot of heavy-drinking-but-poor-tipping TCU students infiltrate the area, true. But during the week, the place is hipster heaven.)

For one thing, the PH has Eric Tschetter, a hands-on and by-the-book owner who is, like, best friends with everybody. For another, Tschetter hires a lot of top-shelf bartenders and servers. And lastly, there’s that killer PH food, a cut above Chimy’s and right below Fred’s.

There are potential disconnects, however, between Carroll Corner and The Pour House. The PH could definitely turn off the hipsters and professionals if the PH stage is dominated by cover bands rather than original ones. (The Burning Hotels, Titanmoon, Telegraph Canyon, The Campaign, and Rivercrest Yacht Club would kill at the PH.)

Another potential disconnect might be West 7th Street itself, a four-lane thoroughfare across which cars and tractor trailers whiz by at speeds of up to 50 miles per hour. (A conversation among some involved individuals and the city about a skywalk has not progressed any further than “Hello, my name is …”.) At a “construction” party at The Pour House last Thursday, Tschetter and several others expressed concern over drunkards who might try to cross the street late at night.

My bet is that an accident will happen before anything is done about the crossing. I also bet that Carroll Corner and the PH are going to get along well enough to stay in business.

Not sure I can say the same for most of the corridor’s other bars.
— Anthony Mariani

One new place that will have no problem generating traffic is the aforementioned Capital Bar. Several dozen people showed up for the bar’s grand opening last week, sipping mostly mixed drinks by the 38-foot-long main bar in the roomy, warm, wooden interior or out on the large covered rooftop patio: To the west, you can see the Modern Art Museum of Fort Worth and, to the east, downtown Fort Worth. The patio’s roof is high enough to let in some rain (or snow) but will come in handy in the summer, when the sun can feel as if it’s literally on your freaking shoulder. The crowd was mostly pretty people (present company — and not my wife — excluded). To see and be seen in the West 7th corridor, the Capital Bar will be the place to be. — A.M.

Fall Gallery Night is Saturday. Art? Free cheese cubes? Free hooch?! I’m so there. Check our Calendar listings (pg. 21) for info on all of the participating galleries from here to Arlington. – A.M.