It’s easy to see why The Secret in Their Eyes won the Oscar for Best Foreign Film this past year. This Argentinean movie is a grand romance and a meditation on the regrets of old age, wrapped up in a cop thriller that nicely balances police procedurals with leavening humor. (Writer-director Juan José Campanella often directs episodes of Law & Order for American TV, so no wonder his movie frequently plays out like the show.) 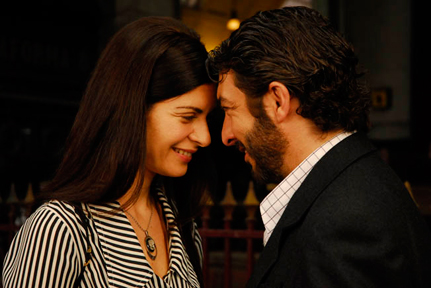 Set in 1999, the film stars the impeccable Ricardo Darín as Espósito, a retired federal agent who’s now writing a novel based on a case that haunts him, the 1974 rape and murder of a young, newly married schoolteacher. As the movie switches back and forth between time periods, Espósito deals with the case and his unrequited love for a judge’s clerk (Soledad Villamil) who becomes a D.A. The film boasts a great performance by comedian Guillermo Francella as Espósito’s hard-drinking partner and some riveting scenes, one with the clerk badgering the main suspect into revealing his true nature and another of a breathtaking single-take chase scene with the cops pursuing the suspect through a crowded soccer stadium. Right down to its shivery ending, this crime drama is yet another example of the great films being made in Argentina today.