The 12th Annual Q Cinema Gay & Lesbian Film Festival boasts half a dozen Southwest premieres including romantic comedies, political documentaries, and dramas about the intersection of religion and homophobia. But the most attention-getting regional debut will likely be Dallas director Israel Luna’s Ticked-Off Trannies With Knives, a tongue-in-cheek revenge thriller that sparked fierce debate: The media watchdog group GLAAD (Gay and Lesbian Alliance Against Defamation) complained that it portrayed transgender people cartoonishly and demanded that the Tribeca Film Festival in New York pull the film’s screening. (Tribeca refused, and small street protests ensued.) 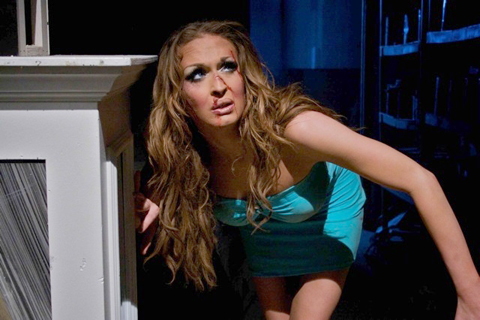 But Knives is not the only movie at Q Cinema with big curiosity value. Opening night brings Violet Tendencies, starring Mindy Cohn (Natalie from the ’80s sitcom The Facts of Life) as a woman who abandons her gay male pals to pursue romance and discovers how much she needs them. Closing night offers the more serious Children of God, a look at three very different men negotiating the conservative religious and political culture of the Bahamian Islands. Also playing are the documentaries New Left Media, about a pair of Ohio college students who’ve made examining the Tea Party movement their journalistic specialty, and Beyond Gay: The Politics of Pride, about the globalization of gay pride events. In addition, TCU grad and filmmaker Rob Williams hosts a world premiere sneak peek of his comedy-in-progress Role/Play. As always, Q Cinema will offer panel discussions, afterparties, and a closing night awards show to round out the festival. — Jimmy Fowler