This latest news makes Static feel all icky and worried. A past owner of the former foundry site on the edge of Fort Worth’s Botanic Garden has reached a settlement with the U.S. Environmental Protection Agency (EPA). McWane Inc. agreed to pay $4 million to remedy more than 400 environmental violations at 28 sites around the country and another $5 million to bring its facilities into full compliance with environmental regulations. 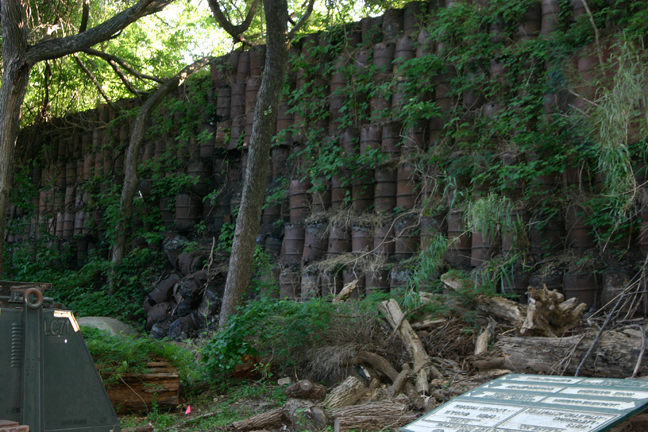 Two Texas sites are included in the settlement — but not the Trinity Valley Iron and Steel property, where thousands of barrels filled with rock-like foundry waste were used decades ago to create a retaining wall and landfill near the Botanic Garden (“Barrels of Questions,” July 7, 2010).

The settlement sheds light on the company that once operated next to one of Fort Worth’s most beloved and well-used natural areas. And it shows that McWane is known not only for polluting the environment but also for endangering its employees. At its now-closed plant in Lubbock, McWane has agreed to remedy mercury emissions. Mercury has also been a lethal problem at McWane’s plant in Tyler, which made national news in 2003 for lax safety regulations resulting in employee deaths. A New York Times investigation dubbed McWane one of the most dangerous employers in the United States.

Wouldn’t it have been cheaper — and safer to all involved — to do it right the first time?

Folks of both major political parties, when they are out of power in Washington D.C., love to talk about how officials inside the Beltway don’t necessarily “get” the concerns of reeeal Amurricans — that they are out of touch with the common person.

Well, it would appear that folks in Austin these days might be suffering from the same affliction, although Static doesn’t really think the problem is geographically based. Seems that Gov. Rick Perry and the Republican Party of Texas think that Texas’ air and water quality controls, especially as they pertain to the pollution problems caused by industry, are doing just fine, thank you, and that anyone who suggests otherwise (i.e., the Environmental Protection Agency) is part of some Communist plot.

The guv himself was in town this week to address a law enforcement group when reporters asked him about the regulation of natural gas drilling. According to the Star-Telegram, Perry declared himself to be a great supporter of hydraulic fracturing and suggested that federal controls would “shut down” the gas industry and “allow radical environmental interests” to “have a say” on how the industry should operate.

A few days before that, Bryan Preston, the Texas GOP’s communications director, sent out an e-mail talking about how the evil EPA is rejecting the state’s flexible permit system on industrial air pollution and how Perry’s opponent, former Houston mayor Bill White, had met with the EPA and then had the temerity to criticize the state’s environmental regulators as being too lax.

“So there you have it,” Preston wrote. “The Democrat who wants to be Texas’ governor is colluding with the Obama EPA to hit Texas, probably destroying jobs in the process … .” He suggested that Obama is using the EPA in his plot to “control the U.S. economy to further its far-left statist agenda.”

Static, who doesn’t know Bill White from, uh, Ron Brown, counter-suggests that there is ample proof that nobody is controlling the U.S. economy in any meaningful way these days. But as anyone who breathes, drives through, and generally lives inside the gray-brown miasma that frequently passes for the atmosphere in North Texas can testify, Texas has a major air pollution problem. Industry is a big part of it. And no, the state has not been doing its job. Let’s hope that rectifying that is on someone’s agenda. If Rick Perry and his appointees aren’t willing or able to handle it, bring on the EPA.

And … what’s the opposite of “statist”? How about “corporatist?” 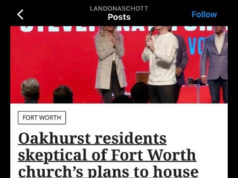