The “found-footage” subgenre of horror movies is pretty hit and miss. For every The Last Exorcism, there’s a Diary of the Dead (sorry, Romero fans). Still, the conceit can provide an interesting setup for a well-made movie. Apollo 18 gets about half of the equation right. 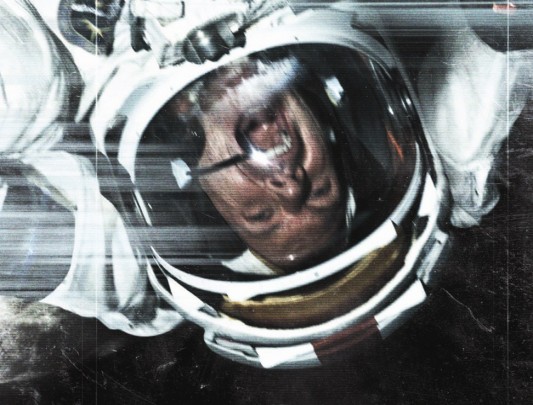 Taking place in 1974, Apollo 18 is a narrative of fake footage from a top- secret 18th NASA mission to the moon, following astronauts John Grey (Ryan Robbins), Nathan Walker (Lloyd Owen), and Ben Anderson (Warren Christie), even though the Apollo program supposedly has ended. Once on the lunar surface, they find the moon has had other visitors since the Apollo 17 mission and that less-than-friendly inhabitants may still be lurking.

That’s a pretty intriguing start, but Apollo 18’s liftoff isn’t great. The three astronauts are barely introduced before they’re off into space, not giving the viewer enough time to get to know them. On the plus side, the story gets moving quickly. On the downside, once they’re on the moon, the movie drags. While it builds tension well, it takes too long to do so. You may find your mind wandering as the astronauts traverse the moon and their radios crackle with noise. Luckily, when things do happen, they’re interesting — and often frightening, even though the scares would have resonated more strongly had the characters been better developed. The cast, however, is dedicated and makes the most of a sparse screenplay, adding pathos if not dimension to the characters. As the bedraggled commander of the mission, Owen gets the most to do and is suitably sympathetic and creepy.

The movie makes good use of its setting. You really do feel trapped in the silent void of space with these men, and the “observation cameras” used as excuses for the multiple camera angles make the scenes set in the ship and the lunar lander claustrophobic and dynamic. But by using jarring cuts, random slow motion, and frame-rate drops to add tension, some of the editing seems contrived. A soundtrack of spooky atmospheric music further undoes the “found-footage” setting that the movie is trying to sell, as do moments when the camera zooms in on shadows and small movements in the background instead of letting viewers spot those things for themselves.

I’m not spoiling anything by revealing that another disappointment comes in the form of the aliens themselves. The movie, taking its cue from Alien, reveals only snippets of the creatures for most of the running time. Once the extraterrestrials are revealed, they come across less like enigmatic menaces and more like low-level videogame enemies, making everything you’ve seen up until that point seem somehow less scary.

This movie’s gotten a pretty hard drubbing from critics, and I honestly can’t see why. It’s not perfect or consistently terrifying, but it’s far from bad. There’s plenty of tension and atmosphere. It just doesn’t deliver on its premise as well as it could have.